Is Kenzie heading for an ASBO?...always watch the quiet ones... 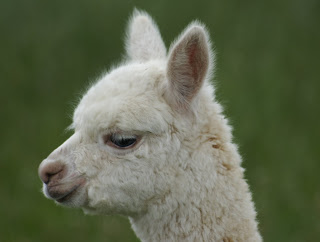 I should have known better; isn't it always the quiet ones that catch you out? There was I thinking that Explorer was the naughty one, when Kenzie goes and gets himself a criminal record....for stealing no less!

Yes, I'm afraid so. Paul and I were both witnesses to the act. It was so funny as we both looked away then both took a double take at the same time. There was Galaxy in the barn, with 2 little bottoms, both with tails up in the air, one each side, obviously at the milk supply. Before we had had time to take it in, Kenzie had emerged from beneath, with milky chops and licking his lips. All well and good you might think; but he is Honaria's cria!

We checked Honaria; plenty of milk. We checked Kenzie: gaining plenty of weight. He obviously just fancied a little taste of what Roma is getting! I have watched again today and he is nursing from his mum and not going near Galaxy. Galaxy spent a couple of days in a little dream post her mating. A bit loved up I think; it seems to be wearing off...as it does! 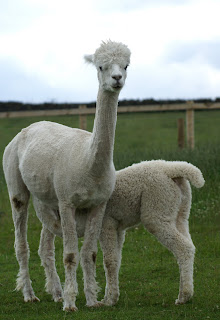 Kenzie with Honaria today.
Kenzie is definitely coming into his own and is gaining confidence daily. He is now giving Explorer a good run for his money in the 'lets be a nusiance' stakes: 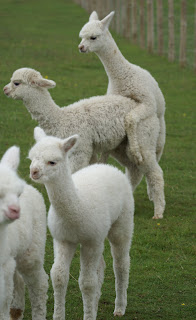 Kenzie giving Explorer a taste of his own medicine! 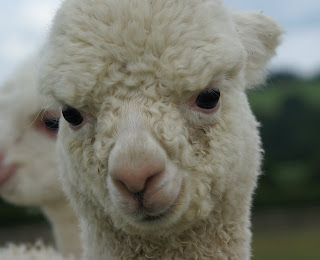 Explorer...so sweet and innocent!!
Changing subject slightly; With a big birthday coming up soon, Paul has been enquiring as to how I would like to celebrate. Now in a previous life this would have been much easier. After all when you both work long hours, expensive meals and luxury travel seems like a just reward. Now I can't help but view the options from quite a different perspective:
The problem is that I don't think that the options in italics are on the list. I think Paul is just fancying a holiday really.
Posted by Unknown at 14:51