Too much garlic?...Explorer is feeling perky! 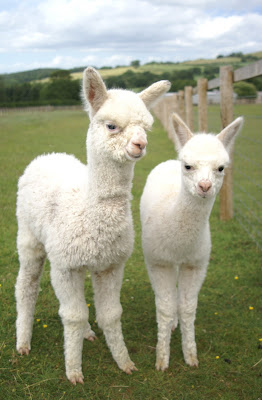 Look he's my first born and I love him. I try to make excuses; "he just looks like a thug because he has got bits of fleece missing post transfusion". He is a special boy who needs care and attention...Okay, today Explorer has been a menace!

This morning I gave him a dose of 'Jump Start' paste just to give him a little boost as he has a slight eye infection. As you can see from the photo with Kenzie (right), who is only a week younger, he is a delicate little soul.

Well the jump start gave him a bit of a hump start! He has been chasing everybody today and ogling (mating song) at the top of his voice.

Poor Finian was the first target. I know that he looks sweet but he is definitely male. He coped for a little while then ran to tell his mummy (Holly). Holly tried to sort things out; but the next thing I saw was Explorer chasing after Holly ogling (I should have got a photo at this stage put I was rolling about laughing). In the end Katkin, who can be very scary, intervened to send him off. But not for long, he just in turn changed his attentions to Roma, Parisian and Tabitha: 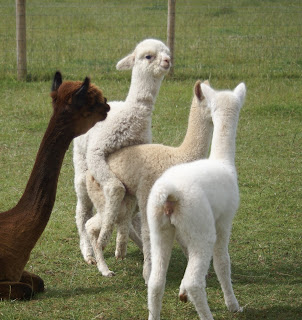 Finian first in line for the ogling attention. 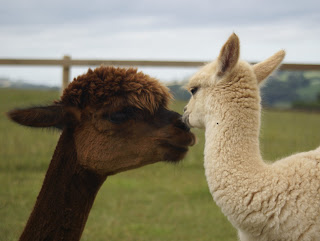 Finian ...Mummy stop that big boy from bullying me! 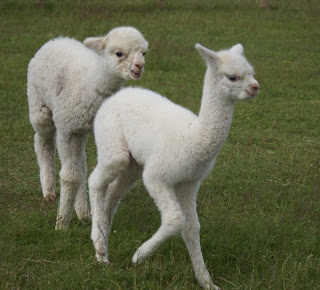 Roma is next in line. 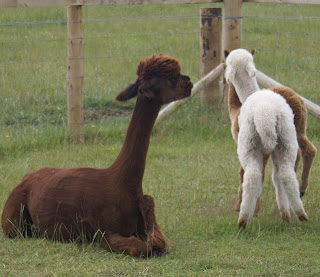 Explorer being brave ogling at Parisien with Katkin so close! 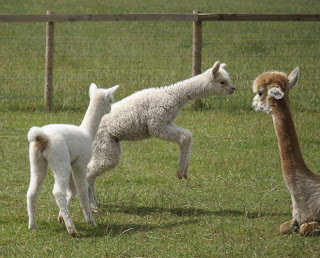 Setting himself up to Galaxy.
Lets hope that he makes the stud male grade; I don't see him as a very happy wether boy. Must be all that garlic that he eats; he obviously thinks that he is a bit of an Italian stallion!
Posted by Unknown at 14:01