A date for the diary:

New for 2013; The British Alpaca Championships 2013 is to be held at the Kendal Auction Mart (just off junction 36 of the M6) on Saturday 6th April 2013. This Colour Championship Show, open to Huacaya and Suris, is to be ran under BAS rules, and includes progeny classes.

We had a visit from Mike and Mary from Greenside Alpacas yesterday. Amongst other things, we shared out some tasks on the long list of things to do regarding the show. We have the venue, and Tim Hey kindly accepted our invitation to be our first ever judge of the show, but that was the easy bit. I will just say health and safety...thanks for taking that one Mike!

Today was more alpaca chatter, combined with lunch out when Kathryn from Nero Black Alpacas came for a visit. More than half of the yarn that I had processed is away at the weavers, but she was still rather shocked when she saw the amount of boxes I have left. I think I have enough to see us through a winter or two!!

We have had sunshine...whole days of it...it is bliss...the alpacas are loving in and the dust bath is in high demand: 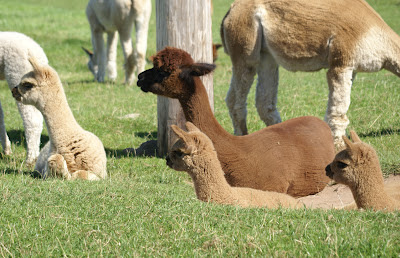 Pebbles with the boys in the bath...don't they all look similar in profile! 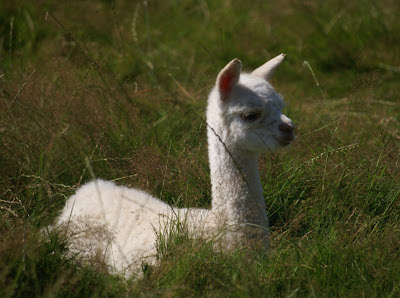