A Little Kitten and a Happy Bunny!

This morning the two latest arrivals were moved into the mum and baby paddock. We now have to wait at least 24 hours before moving newborns, as we have a milk thief in Bendrago, who would quite happily steal the colostrum from the mouths of the babes.

We keep the alpacas in set groups, in order to tailor feeding specifically to their needs. At the moment I am trialing a new product from GWF Nutrition: Camelibra Hembra and Cria feed. This is specially designed to meet the needs of new mums and their cria. It is certainly going down well and most of our cria are now eating it. Priced at £22 for a 20 kilo bag it is much better value than the 5kg tubs of cria feed priced at £30.

We have named Biba's cria Beck Brow Kitten...she is so sweet and so tiny...she can actually stand up underneath her Mum. All the alpacas are fascinated by her, especially Lullaby who can't take her eyes off her. Pepsi's cria, who looks pink (sorry forgot to take photo today) we have named Beck Brow Topaz. 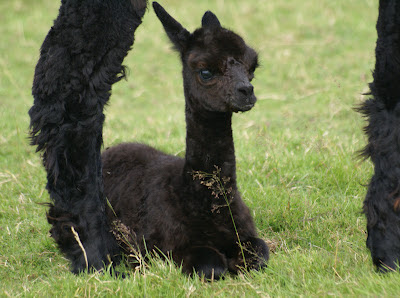 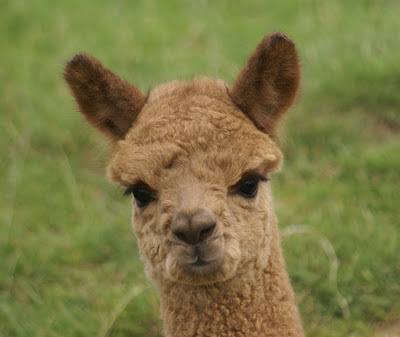 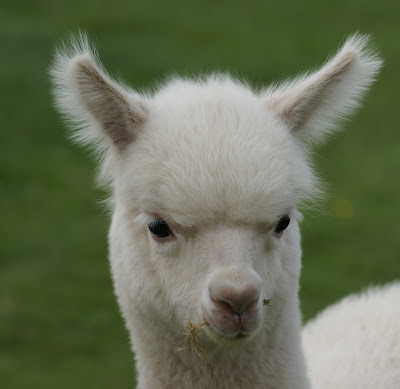 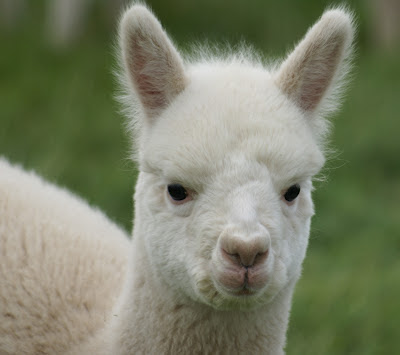 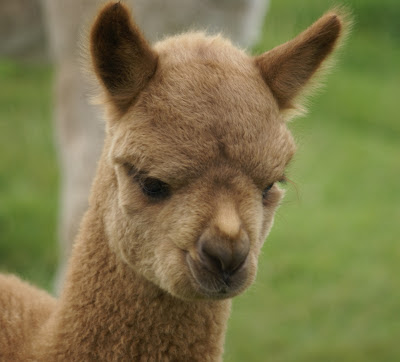 The next photo made me smile...there is obviously something interesting going on in the next paddock (most likely to be Velvet related) but little Beck Brow Advantage (far right) is much more interested in getting his photo taken. He is more confident and playful than either of his siblings; Explorer and Rumour, and Camilla is much more protective of him too. Cambridge Camilla is to be the recipient of our successful Futurity stud service bid for EP Cambridge Fortitude (we are trying EP Cambridge Peruvian Spartacus genetics again...a female Explorer would be very nice please!). All other white females will be having a date with Beck Brow Explorer (not Rumour his sister of course she will be mated next year) 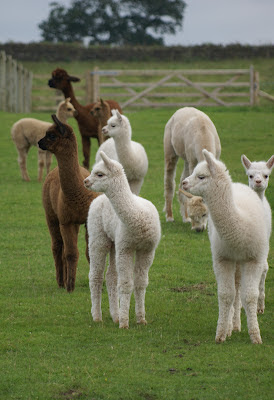 We have a happy bunny at Beck Brow...much better than the bear with a sore head that I have had to live with all week. Now, you may think the photo below is not worthy of a blog space...but it is the cause of much joy in our house... 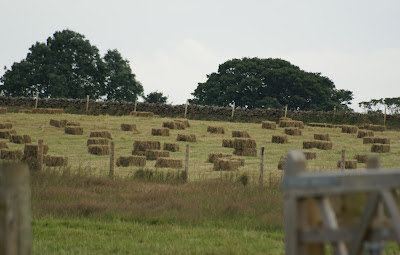 Yes, we have got 270 bales of hay. The grass was cut a week gone Sunday, when the forecast predicted three days of sunshine. Sunshine that never arrived in Cumbria, so the grass was rowed up and left untouched. It has rained, often torrential showers, every day since. But Monday we had some sun and a lot of wind, and it held until 6 pm yesterday. We managed to get 50% of the bales inside before the rain started (it was delayed because the contractors baler broke down, luckily a neighbour who owed him a favour was called in to finish the job...phew!) The rest is propped up inside to dry. Because we can't stack it until it is totally dry we have bales of hay propped up everywhere including the garage. The thought of paying out a £1000 for hay wasn't helping Paul's bad mood, but I think the real problem was that he thought he had got it wrong...and Paul does not like accepting he could be wrong! Well, it just goes to show never give up...12 days after the grass being cut we have hay in the barn.
Posted by Unknown at 11:50