We have had a very lazy bank holiday weekend; quite unusual for us. With no pressing jobs to do (there are always jobs but nothing that can't wait until next week when Paul is on 'holiday') we have managed to spend our time both socialising and relaxing with our alpacas.

With all this leisure time I tasked myself with trying to tempt Explorer into being a little bit more loving: 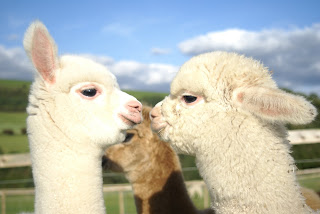 It appears to be working although Tabitha looks a little unsure. I think the problem was that there was evidence of previous rejection...nobody wants to be second choice: 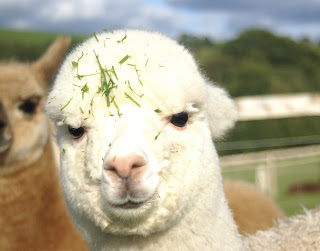 Whilst I had hold of Explorer trying to teach him some loving ways, we decided to have another go at a fleece shot. Definitely more in focus I think. The improvement ? Paul was holding the camera: 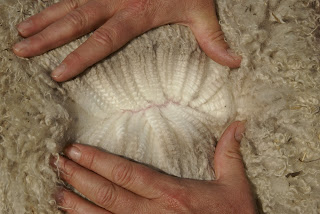 Beck Brow Explorer....in focus!
Lucie hasn't had many head shots on the blog due to initially being shy then latterly due to some sticky eyes. Daily washouts were not achieving any long term benefits so we decided to use Orbenin eye ointment (we used this with Explorer with good effect) and they have cleared up straight away: 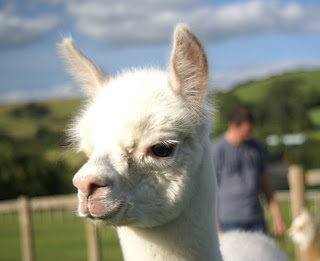 Lucie (Nutmeg sniffing Paul in the background!)
Velvet, our new puppy has won Paul over completely. We have been taking her out on a lead and she has been doing pretty well: 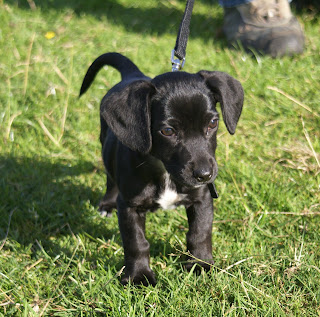 Most of the time: 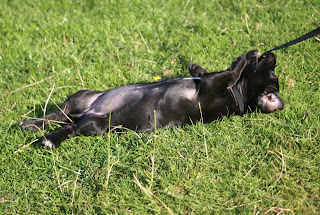 Velvet...enough training for one day!
Posted by Unknown at 18:55