Flat out....well that was the intention!

We have had a mad nine days of constant alpaca chatter. Apart from having a very nice social time; I am hopefully very well trained in alpaca assessment. After attending the Cameron Holt courses last weekend; followed by a week of home instruction; we ended up paying a visit to Cathy and Matt Lloyd at E.P. Cambridge Alpacas on Saturday. Can you have too much alpaca?!!

As we were in Wiltshire on business, we decided to take a look at Lady Gaga, our Futurity auction female who is still at EPC. I have to say that she is looking gorgeous. Her third fleece is fantastic and is already showing great length. She appears to be holding her pregnancy to Waradene St. Patrick of EPC and is due to be scanned shortly. All being well the plan is to have her with us before the end of the month.

Yesterday Bev and Andy joined us for Sunday lunch at one of the locals and managed to take plenty of photos of their new boys. We did rope them in to some fleece photography. We have had some requests for photos of Explorer's fleece and we thought the more hands the better. We still didn't manage to capture his brightness but I do think that we are improving!

The plan today was to catch up on all the jobs on the farm. The poo picking has been getting seriously neglected. We had managed to do the boys fields yesterday but today was to be full on in the girls paddock. At least it wasn't raining. No stopping until it was pristine. Well that was the idea, however five minutes in and I encountered a problem: 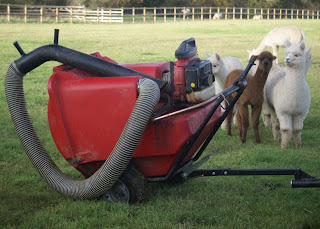 Oops...and no spare tyre! What to do...I hate poo filled paddocks. I did think about using an earlier invention...some thing dating pre-paddock cleaning machines...something called a brush and shovel with wheelbarrow attachment. However, I could see why we had moved on...more spreading than cleaning. Oh no...lets hope Paul can fix it.

As I always have the camera with me on the quad, I had plenty of time for some photos: 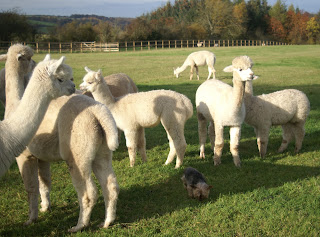 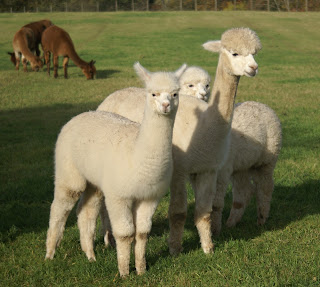 Camilla with Lucie and Noah behind. Lucie looks much like Camilla. She is gentle and feminine...something that you definitely can't say about her boy...Explorer! 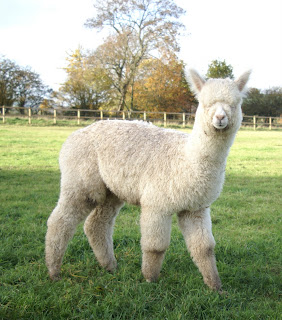 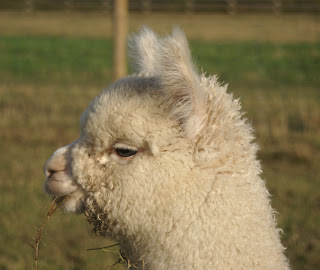 Explorer...so hard he chews on thorns!!
﻿With no poo picking to do I decided to nip over to see Amanda...lots to tell...and more alpaca chatter!
Posted by Unknown at 17:42