Is this the first Silverstream Czar grand-daughter born in the UK? 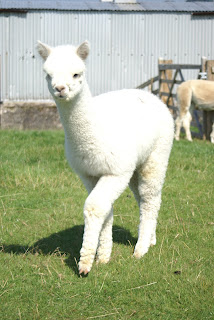 Despite it being a bright sunny day here in Cumbria; I decided to take a little time out of the sun to do a bit of alpaca research. Well to troll trough the British Alpaca Society (BAS) registry to be precise. It is always interesting to see what breeding decisions are being made out there.

Now I didn't spend hours on this but it does appear that Beck Brow Fine Romance (Roma) is the first Silverstream Czar gran daughter to be registered in the UK. Silverstream Galaxy ET (dam) was an imported girl so we did get a head start.

Czar had quite a few sons born in 2008 but only has 2 other daughters registered; One who has produced a male (an EPC Navigator boy...we are thinking along the same lines here!) and Silverstream Hoity Toity our girl who miscarried.

The reason that I checked this out, other than having nerdy tendencies, was that I can really see Roma's resemblance to Czar as she is growing. She has his head and presence and I wondered if he was passing this on to his grandchildren consistently. I guess more time will be needed to tell...

The sun was far too bright when I was out at lunchtime but hopefully you can get an idea of how she looks (above and below): 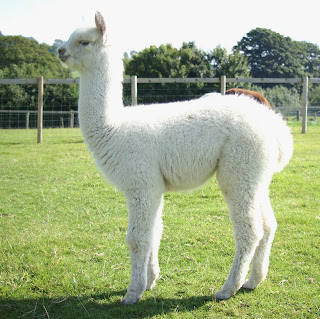 Beck Brow Fine Romance.
Technically a dreadfully over exposed picture but I had to share Explorer's attempt to look cute today: 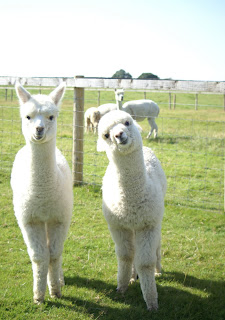 Explorer with Kenzie...look I can do cute!
Posted by Unknown at 17:34