Is it just me?

I am begining to see a pattern emerging...a pattern to my blog posting that is...I decide that I really must do some poo picking...I then decide that I might just do a 'quick blog' first.
Now there is no such thing as a quick blog﻿ around here...our broadband service is powered by a little man who generates energy by peddling his bike at the local exchange...sometimes he is more energetic than at other times...and sometimes (I expect this is when he takes a toilet break) it stops altogether. Up loading photos seems to give him the most trouble...hence with a bit of luck a 'quick blog' can take a good half hour!
So I apologise for a blog with photos and little content but the poo picker was calling! I thought that I would share with you some photos of Adelle...she really is adorable...and very interested in the camera. 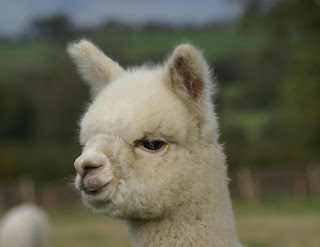 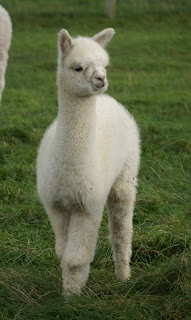 She really has that look...one that backs up her amazing pedigree 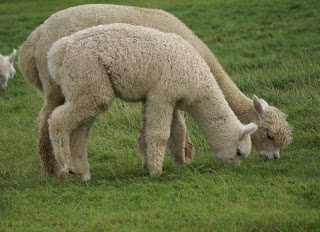 Beck Brow Magellan (sire Neptune of Houghton) is obsessed with Easter-Wood Metisha (sire Cambridge Neptune) and is constantly by her side...do you think that it's a bit fishy?
The new girls have yet to take on our 'Persil white' look...this look is due to the amount of Cumbrian rain and wind...its a constant wash and blow dry around here!.
Hopefully Adelle will be making the Beck Brow show team this year. Other likely contenders are Magellan (above), Rumour, Boots, and Synergy with Crystal, Finesse and Quintos also in the running. 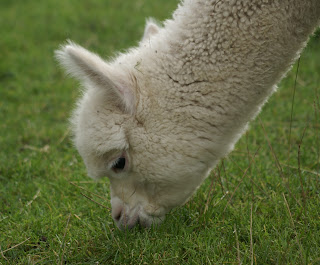 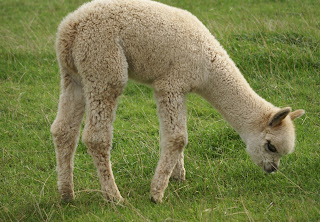 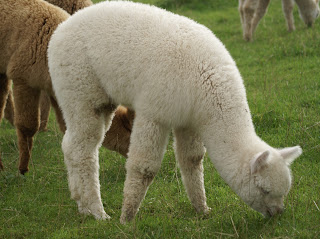 Beck Brow Synergy (also Top Account).
We are watching Synergy with interest...he is very fine and extremely dense (it was blowing a gale today and his fleece did not move) but he hasn't yet the definition of Rumour...﻿however Roma his half sister from last year was exactly the same at the same age.. and had lots of definition by 6 months...I am expecting...hoping...that he will be the same.
Paul is trying to be helpful at the moment...he has conceded that I have a lot to do (thanks Jeff and Sheila!). On Sunday afternoon he disappeared for ages...Robyn and Craig were here...we rang his mobile...no reception...eventually he returned;
"where have you been?"
"doing something that will make your life easier"
"I didn't hear the poo picker"
"very funny...no it's something that you really need...a clue... it's in the barn"
"You've hightened the spit off pen sides so Chaska doesn't jump out again?"
"No"
"You've put some wider guttering up in the barn so that it doesn't over flow into the troughs during a down pour?"
"No"
" You've put up some more fixings up so that it easier to fill the hay bags?"
"No"
"Okay I give in"
"I've put up some brighter lights so you can see what you are doing"
Is it just me!!
Posted by Unknown at 14:37