All the white ones look the same...same as the fawn ones too!

It has come to light recently...despite his best efforts at bluffing...that Paul has trouble telling the weanlings apart. Now Parisien is dark fawn so he is okay with her, but the others are more problematic...can't quite see the issue myself...but according to Paul "they all look the same"... males and females...whites and light fawns...!
Unable to resist...to test out my bluffing theory...as we were leaving for The Futurity (after Paul had loaded Roma) ﻿I casually remarked : "doesn't Lucie look like Roma in the paddock" The car came to a halt... and despite my admission of 'wind up'...I was made to check the contents of the trailer...theory confirmed! 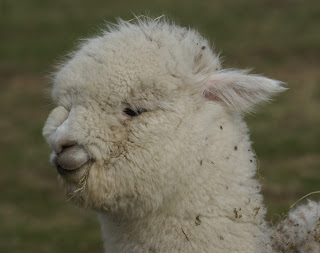 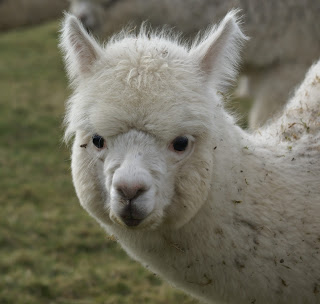 Beck Brow Lucie (looking not the least bit like Roma!)
Tomorrow is the long awaited day...Finian, Kenzie and Noah are to be delivered to Bev and Andy in North Yorkshire. The question is... should I let Paul load the trailer? I have cottoned on that his other 'look-a-likeys' for him are Kenzie and Explorer. ﻿Now, whilst I would not be best pleased if the confusion occured...after all we are anticipating that Explorer will make an elite herdsire for us...I know that Bev would be even less impressed to receive the 'pouffing machine' instead of the lovely Kenzie! 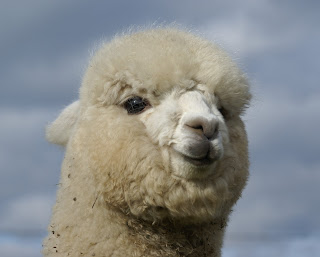 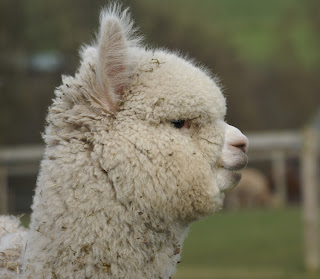 Beck Brow Explorer
I should actually have been in bed this afternoon, instead of on my hands and knees outside taking head shots. I have been working a couple of night shifts (including tonight)...the first shifts I have done since January (too busy)...and the same weekend that the fencer decides to turn up... the one that was actually due in January...more sleep deprivation! It will be worth it when the girls get to use the new paddocks I am sure.
Posted by Unknown at 15:47