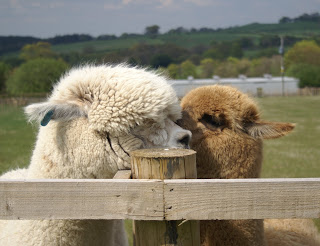 Since Hollywood's encounter with his first lady friend at the weekend, he has turned into rather a Casanova. Here he is seen smooching up to Willow. Although, at only nine months of age, he is going to have a long wait. Interestingly Willow spends much of her time flirting, as did her sister (Nancy) at the same age. We bred Nancy at 13 months old as she was so mature and eager to be mated. She is now pregnant to Top Account of Fowberry and is due in July (or August/September the way we are going so far this year!).
Hollywood does appears to have changed his whole demeanour now that he is working. He is less interested in playing with the other boys more interested in  looking for action with the girls. Not long until the weekend Hollywood! 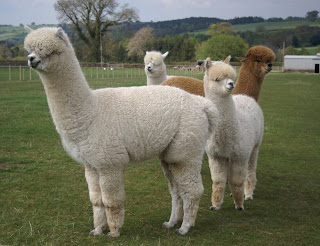 Hollywood turning his back on Almo..."sorry mate I have to look macho now"
Camilla has spent a lot of today sat by the fence and away from the main herd. Lets hope that this is a positive sign that she is thinking about dispatching that Navigator cria sometime soon. 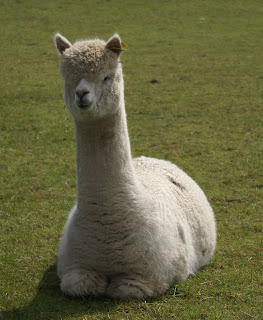 Camilla...watching me watching you!
Posted by Unknown at 17:24