A little weight gain for Rumour...

Rumour Has It ...that we have been kept on our toes by a special little female. Rumour, born last Saturday, had a leg back and had obviously been in a awkward position in the womb/birthing canal, resulting in her being rather 'squished'. Nursing was extremely difficult for her, but we managed to get some colostrum into her and some plasma. She also got antibiotic cover. We were encouraged when after lots of physio, her neck stiffness and head hanging started to resolve, and she began to nurse from Camilla. However, whenever we have reduced the supplementation bottle feeds, she has lost significant amounts of weight. So we are back giving additional feeds four times per day...and hooray...this morning she is 8.4 kgs (only 400gs above birth weight but progress!)

Her dam, Camilla, also kept us on our toes last year with Explorer. First impressions are that Rumour has got many of the fleece qualities of her brother; crimp from head to toe to belly to brisket!. Camilla is obviously very good at getting the ingredients right, just not very good at serving up the finished dish!

I noticed yesterday that Roma appears to have taken on the role of nursery teacher, and is doing an excellent job: 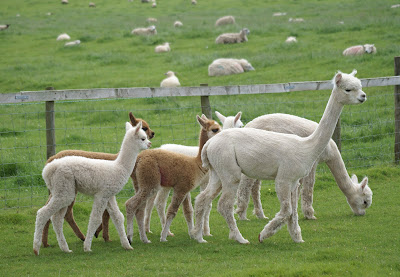 Today's nature walk: "On the left are things called sheep...now keep walking...one does not want to be fraternising with coarse types" 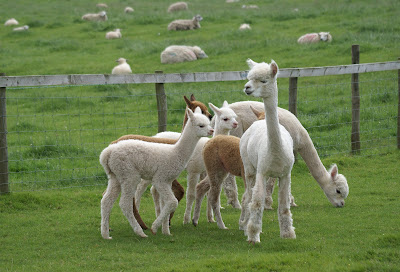 "Keep together children...ignore that boy behind...he has been known to 'pouffe' occasionally" 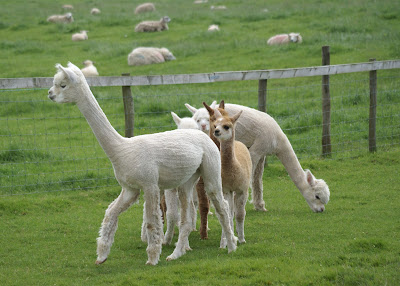 "That's it Katie...keep looking forward...we may be on an expedition, but we don't want an additional Explorer" 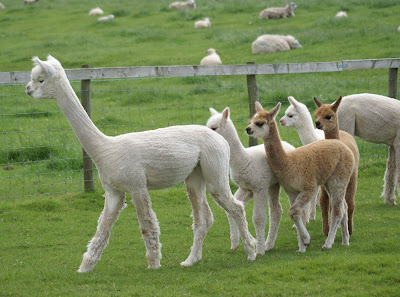 "Well done...lesson over for today!" 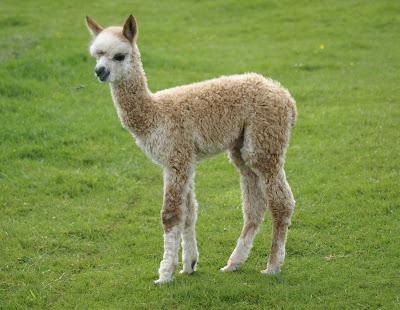 :
Max has hopes of becoming a Cumbrian farmer when he grows up...he has already got the obligatory piece of straw handing from his mouth (you may have to look closely)
The sun is shining, and Bonita is 349 days gestation today...15 days over her average. We have a stand at Skelton Show tomorrow...looks like one of us will be staying at home again... unless she decides to oblige this afternoon...Whatever, Robyn has been recruited on marketing duties for Beck Brow (I think I may leave Paul at home just for a change...Bonita is an old hand, she will show Paul what to do!)
Posted by Unknown at 13:35