Halter Training...step by step does it

Last night ﻿brought the last of our festive partying, with a hog roast and jazz band down at the local pub. It was a good night and a little refreshment was enjoyed. However, some of the boys upon returning home, decided that a few malt whiskeys, drank into the wee hours, would be a good idea...it probably was at the time...thankfully I did not participate..bad heads seemed to be the result...whatever...shirking morning halter training duties was not allowed!.. 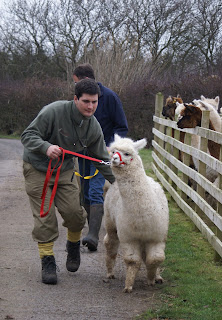 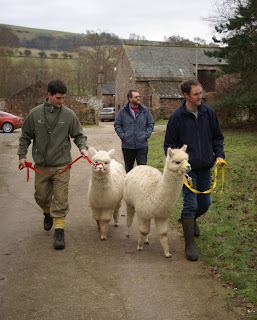 Noah and Finian on the return journey...cracked it! 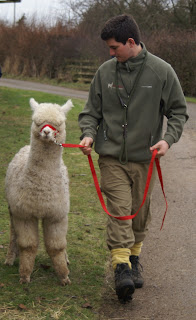 Explorer set off a bit grumpy (of course)... 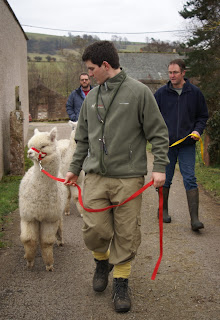 ...but soon started to enjoy the outing (Roma behind) 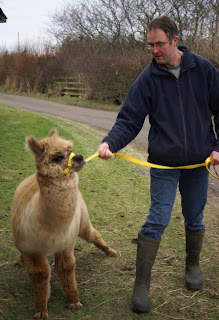 Parisien was rather less enthusiastic but did eventually get going...the look on her face says it all...not best pleased I'd say! 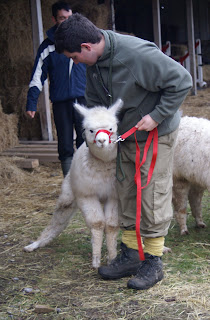 Lucie was even more reluctant to walk but did with persuasion from Craig...much better than her previous outing when she sat and refused to budge for Paul...a little charm goes a long way obviously! 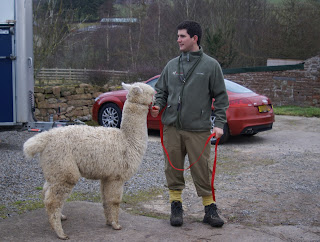 I had to include Craig (with Kenzie) looking like 'catalogue man'...sorry Craig! 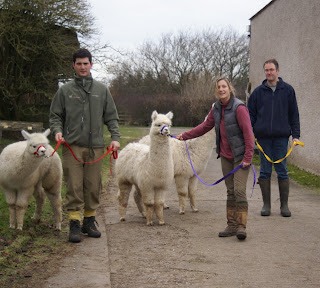 The Beck Brow Team...Cheers!
This afternoon's task?...all evidence of the festive season to be removed from the house...decorations to be packed...cards to be recycled...drinks cabinet to be locked!﻿
Posted by Unknown at 13:06