We are having a few problems with Ben...I haven't mentioned this before because Ben wasn't ours...but now he is ours...so I can mention it. Some of you may remember (although I expect not) that we sold Katkin last year. However, we agreed that she could stay on livery here at Beck Brow until after she birthed (the date clashed with a prearranged holiday). Unfortunately Katkin has had a run of bad luck. Firstly she injured her hock and then she got mastitis; because of this we offered Katkin's new owners the opportunity to exchange her, which they accepted. So Nicola went off to her new home on Sunday.

The only problem is Katkin's cria had been named Ben...and he knows he is called Ben. Now, I don't have a problem with the name Ben...in fact I like it so much I named my son Ben...and this is where the problem lies.When my friend asked after Ben (the alpaca) the other day (Ben the alpaca has lost weight) I got crossed wires:

I say: Oh he's fine thanks. He's in Manchester now


Yes, he seems to like it there. More going on than in Carlisle.

Have you sold him?

You see how it goes. So I have decided Ben the alpaca is now to be called Benjamin...I am sure he will catch on to it...otherwise it is far too confusing.

Anyway back to Benjamin's problems; he weighs 10 kgs, he weighed 10.4 kgs when he was born 4 weeks ago. We have had his poo tested...nothing. He is not ill...just thin. Katkin obviously has very poor milk since getting mastitis so we offer him a bottle every time Lullaby gets hers...he takes it about four times out of every ten times it is offered. However, he has found the solution to his problem...steal...yes poor Pebbles is feeding two cria...she is not too keen but Benjamin is persistent and gets a feed eventually. Pedro (her own cria) is still gaining weight so we will leave them to it. 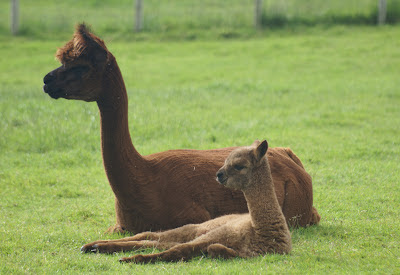 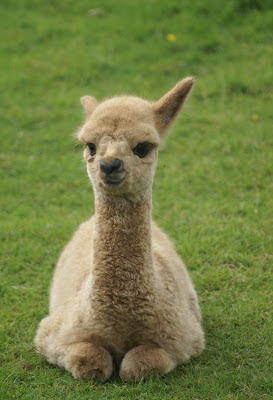 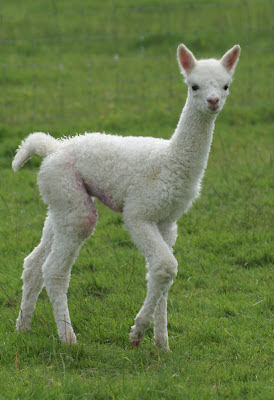 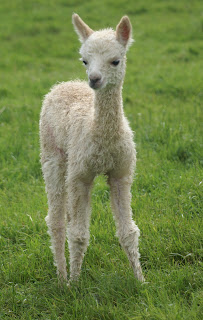 Beck Brow Explorer had his first mobile mating yesterday...so we set off to Lancashire with our fingers crossed that he would perform away from home...it started well he skipped into the van...probably thinking that he was going to a show (he likes shows)...but when he discovered it was just to see a female...he didn't appear very impressed. Thankfully, with a little encouragement from hearing the orgling of another male the task was completed. He has girls spitting off here now so very exciting.

I have been able to cross one of my jobs off the list for this week. Unfortunately Skelton Agriculture Show (we had been invited to take the alpacas) has been cancelled due to a waterlogged ground. Call this summer!