It has been over a week now since we have had a birth. It doesn't matter how hard you try to plan your matings, with an aim to have all the alpaca births grouped together...it never seems to go according to plan. The main reasons being our alpacas go anywhere between just over 10 months gestation to 13 .5 months (that was Explorer and a bit extreme!) and then of course they don't always get pregnant just when you want them to. The way things are going it looks like we will have a four births in April next year and the rest are likely to be July and August...but who knows!

We now have 8 cria born; 4 male and 4 female (although one of the females is on livery). It is a lovely little group and they all love playing together (including Lullaby who is always in the thick of things). I unfortunately missed a great photo opportunity when Shackleton ran at full speed towards Velvet (who was not paying attention) and jumped clean over her! I haven't been spending quite so much time in the cria paddock as in previous years, as I am being conscious not to encourage Lullaby (who is being bottle fed) to come over to us too much. But she is fine, she runs over for a bottle, but once she has been fed she goes off to play with the others...she now really only tolerates being touched in order to be fed...which is good. She is eating hard feed already and is coming on well...a little star.

What I have found interesting is the dynamics between Katkin, Pebbles, Pedro and Bendrago. At first I thought that Pebbles was feeding Bendrago (Katkin's cria...Katkin had mastitis and lost her milk) under duress, especially has she defers to Katkin in the herd. At first Bendrago fed, then went straight back to Katkin, but he is increasingly staying with Pebbles and Pedro. Then sometimes you see Katkin with the two boys and Pebbles asleep. It is as if they are sharing the child care. Yesterday when I weighed Bendrago (he is doing well) Pebbles got anxious and called for him in the same way as she does for Pedro when concerned. It's all rather sweet.

The weather continues to be horrid...and for the first time ever we have had to purchase some hay in addition to our own supplies. The alpacas are in the barns so much we are going through hay as if it were winter...and of course we haven't had any hope of getting this years supplies cut...so we have an extra 50 bales to see us on.

It was fine for a few hours yesterday, hence I managed to get some photos of Alfie and Quintos. Alfie belongs to Robyn and Craig  and shall be going up for sale. I have been hanging on to Quintos...he is jam packed with elite genetics - Silverstream Czar, Jolimont Conquistador (dam and sire's side), Jolimont Warrior et al- and I have been undecided as what to do with him. His second fleece is coming through very nicely...but I can't hang on to everyone to see if they are potential stud males...and he has such a beautiful temperament he will make such a lovely pet...so I think that he will be joining Alfie as a package. We will be hanging on to Magellan (sire: Neptune of Houghton) and Synergy (sire EPC Top Account of Fowberry) at this stage and so far all of this year's boys are showing real potential...as Paul keeps telling me "you can't keep em all"...and why not I ask!! 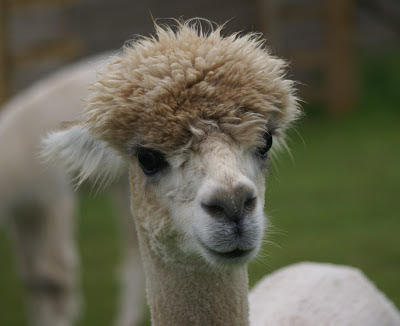 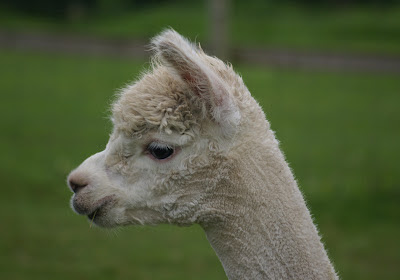