Just a quick blog tonight as I am seriously sleep deprived. A twelve hour night shift (with no sleep the following day) combined with three hourly feeds for a week....have resulted in things being a bit of a blurr!

So just a quick update on Lullaby. She is one week old today and has at last made some real progress. She can now lift her head unaided and is attempting to stand on her own. She can remain standing if put into position. Bahati is being an absolute star and remains by her side. 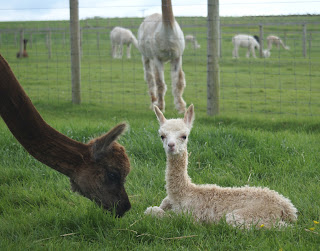 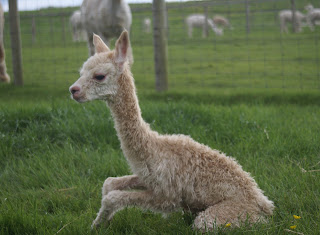 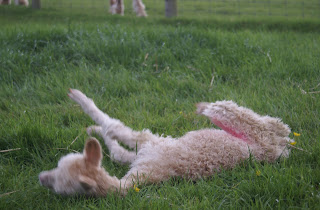 Oops maybe not just yet 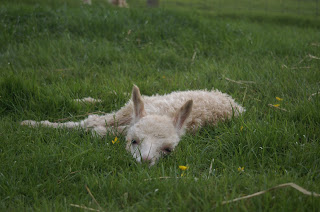 There is no stopping Beck Brow Explorer now that he has found his mojo...boy is he pleased with himself. It is going to be all change on the stud male front here over the next few weeks. Anzac Hollywood's Attitude will be going to his new home (I will be sad to see him go but we have retained the option of some future matings). Anzac Almost Illegal is going out on lease, and we are going to collect our shared, prize winning black male; Viracocha Black Sabbath, on the 30th of June.
Posted by Unknown at 18:22