Well, the weather is certainly keeping us on our toes in Cumbria...we didn't have time to put away the suncream, before we needed our snow shoes. Yesterday we had horizontal snow...it really was blowing some gale﻿...unfortunately I had left the garden umbrella up...we no longer have a garden umbrella...oops.
Thankfully no other damage was sustained, and we have kept our electricity supply...for a change. However, I was greeted rather keenly by Almo (Anzac Almost Illegal) this morning. Obviously a length of bramble had blown in to his field and he had gotten himself well and truly tangled. Despite the fact that he is now working, he was back into cria mode..."get this thing off-of-me Mummy!"...and he just stood as I managed to free it from his fleece. 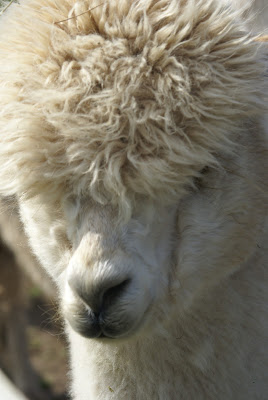 Anzac Almost Illegal
Although Almo looks a picture of innocence, we have to keep him and Waradene St. Patrick of EPC ﻿seperate. We have tried them in together but Almo just will not back down and St. Patrick isn't going to let him win at any cost...so after a burst lip they have a fence between them. St Patrick definitely thinks that all of the girls belong to him...and even keeps Snowstorm our Suri wether in check 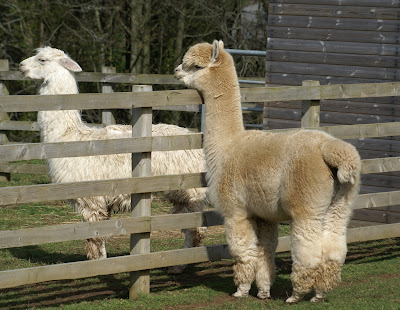 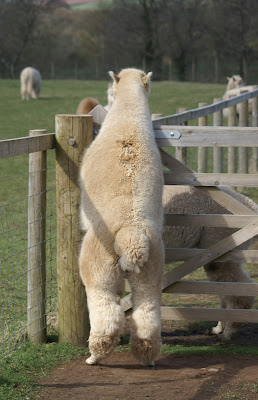 This is St. Patrick annoyed with Almo for even daring to look at his girls!
Anzac Hollywood's Attitude who is the biggest of our stud males﻿, is the one that always keeps out of trouble...nothing to prove! 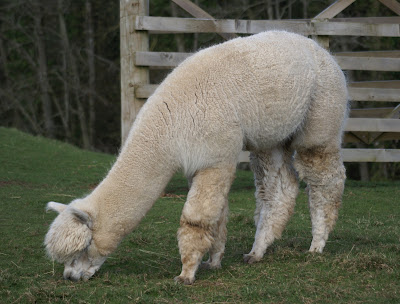 Anzac Hollywood's Attitude
We really do need to do some further halter training with Adelle, Boots and Quintos. Howeve﻿r, it is still rather windy, so no point in spooking them...we will hopefully make some progress over the Easter weekend 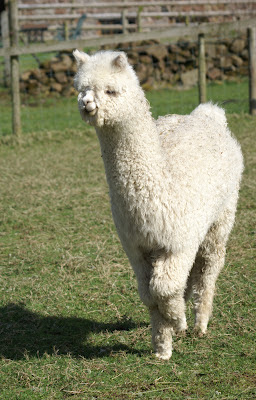 Easter-Wood Adelle
Talking about Easter...I had forgotten that it was this weekend...and that we are going to the World Alpaca Conference first thing on Tuesday...I have left it too late... I can't get an appointment at my hairdressers...dash...if I wear a white tuxedo maybe I will be okay...otherwise I think the grey roots will mean I am going to be lacking colour uniformity (contaminated fawn!)
Posted by Unknown at 15:41