Not well down under...

After the good news at the weekend, regarding Cambridge Stargazer and her cria in New Zealand, things took rather a down hill turn down under. Stargazer's cria had been premature ( a couple of days shy of 11 months) she was small, but fiesy was the report. However, we received an email on day three, to say that she wasn't great. After some discussion it was decided that she needed plasma and antibiotics. She was also bottle fed for 24 hours before she began feeding from mum again. Kit and Sheryl at Silverstream Alpacas in NZ, have been amazing and we cant thank them enough. I am told that she is now wearing a merino coat, plus waterproof and is running around; so much so, that she is difficult to catch in order to administer her antibiotics!

I am convinced that Stardust (as we have named her) was one of those cases, where she took the colostum, but her immaturity meant that she did not produce adequate immunity. I think I must have had a sixth sense when I contacted Kit on the day that she was born (not knowing) to say do not hesitate to call the vet in if need be. She is obviously a little fighter with the most amazing depth of elite genetics...I cant wait to meet her. No photos of Stardust yet. Below is Stargazer at 8 months. 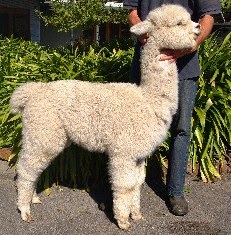 
We have had a busy old week, but a productive one. Lots of moving alpacas around. The females due over the next couple of months now made up a prenatal group, and are in a paddock close to the house. The female weanlings have gone back in with the main female group and the boys are moping about missing them.

I have made a decision about Anzac Almost Illegal, he is a lovely boy but he needs to work, and has consequently gone on our for sale list. Next job is to take some photos of some of our 2013 boys, who will be for sale as pets. Lots of lovely colours this year.

We have also decided that it is going to be easier if we integrate the large agisted herd we have here, in with our own. This allows for appropriate management of feed. This also brought about the decision to extend the penning areas in the barn...so yet another load of concrete arrived today... 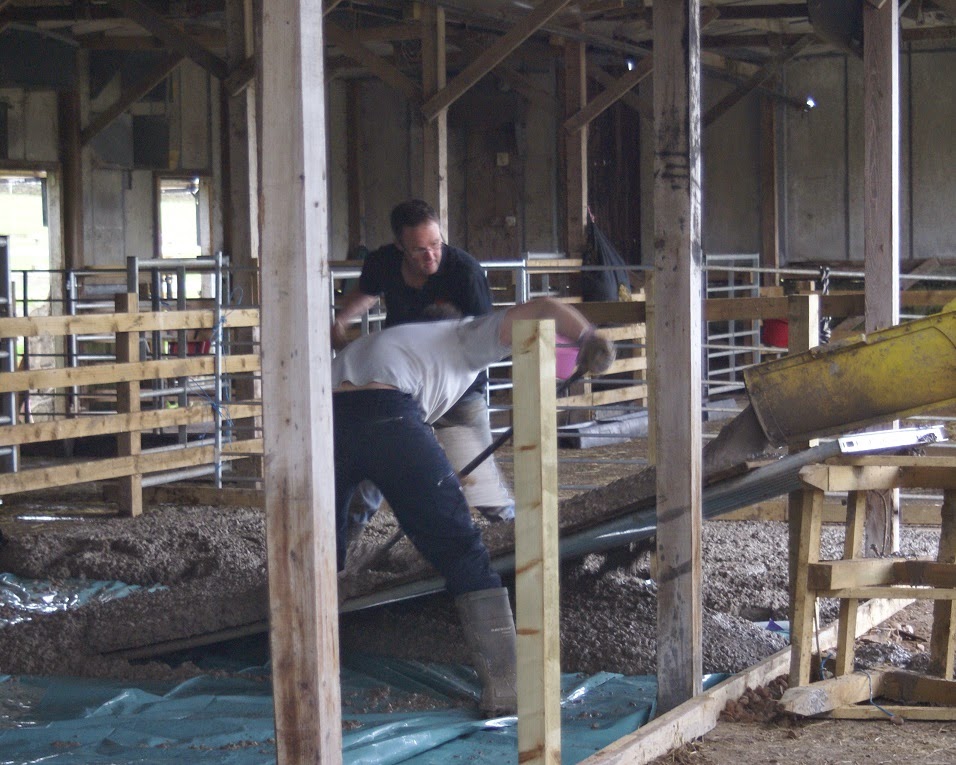 We had the vet out on Monday to Raffles. He went lame on Friday and we gave him anti-inflamatories but saw no improvement. It would appear that it is badly bruised above the knee, in an area where there isnt much room for swelling. The decision was made to carry on with pain relief and see how it went. This is him today, he still will not weight-bear at all, so if no improvement on Monday we will have to get it splinted to avoid contraction of the limb...poor Raffs 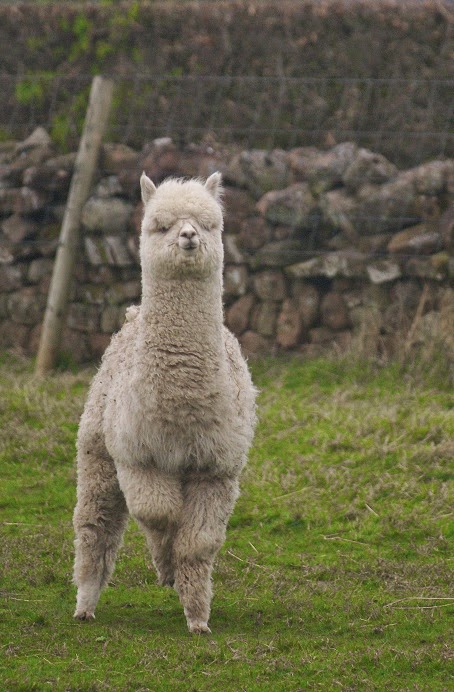 Beck Brow Raffles...has someone kicked him? 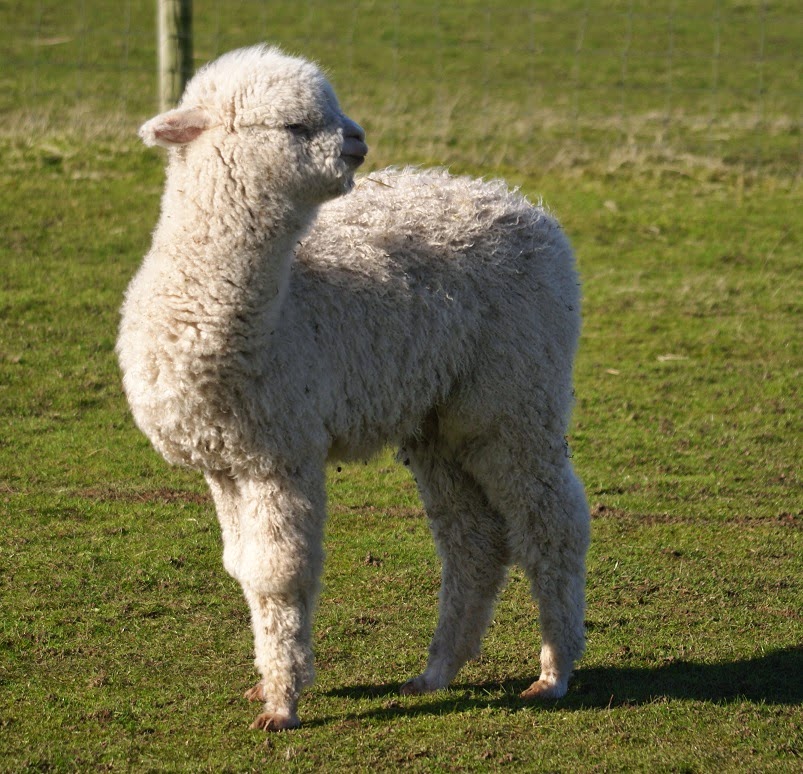 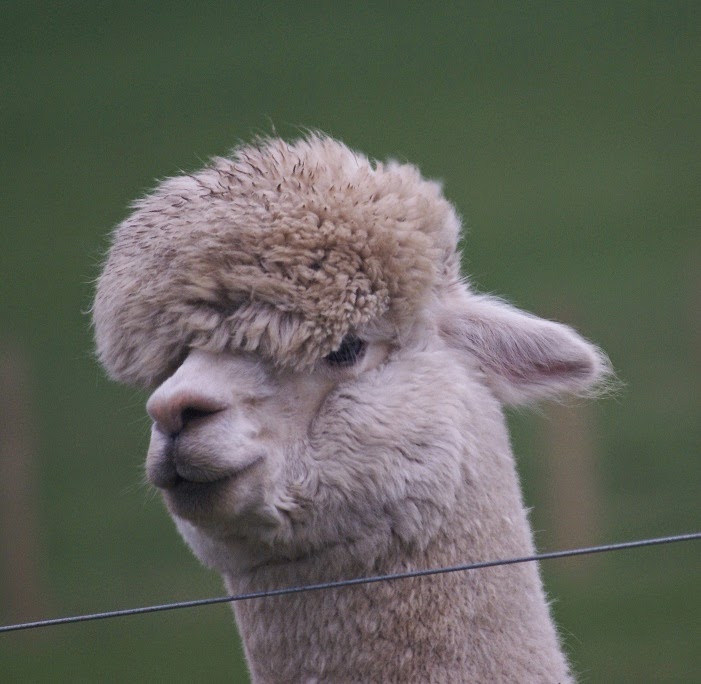 Beck Brow Explorer...wondering when he will be let loose on some girls. 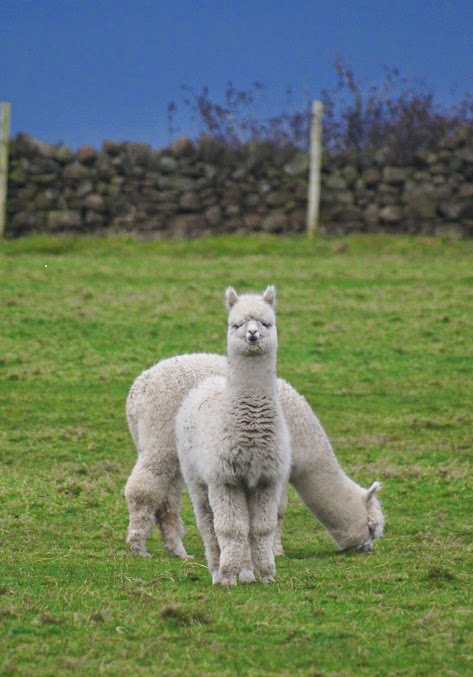 Better be off...see if the concrete is setting...I said to Robyn that I had been helping...that I had been tampering...I think I meant tamping... but either would be correct!
Posted by Unknown at 15:27