Happy Easter everyone. We are actually relaxing at Beck Brow...as you can see from the three Viracocha Black Sabbath boys below... 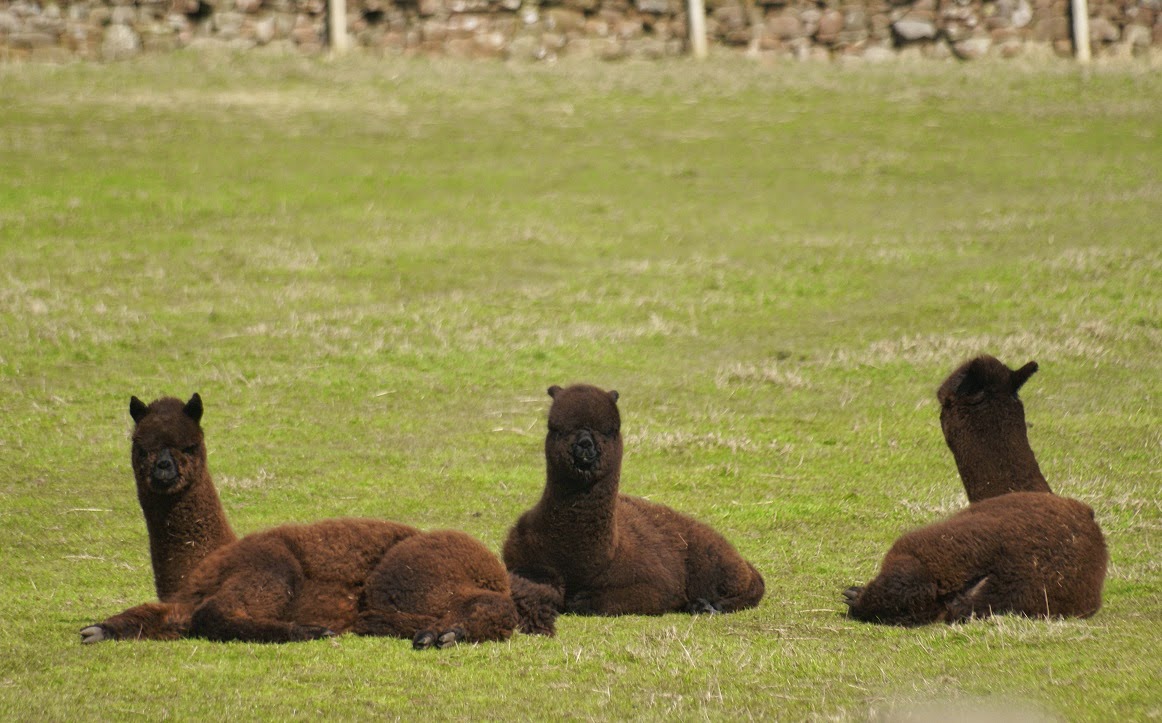 The Black Sabbath cria test my skills for identification!

We have seen a lot of our granddaughter, Henrietta, over the weekend. Now six weeks old, the bets of; will she have her Mummy's unusual green eyes, or her Daddy's deep blue eye colour, have been settled...blue it is... 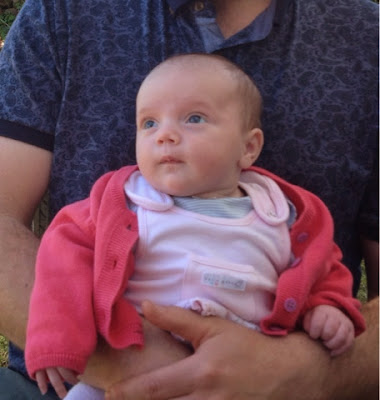 We are still waiting for our first cria birth. Cambridge Courtesse is now 357-days gestation. We also have EP Cambridge Aria, and EP Cambridge Lady Gaga, in the birthing window now. I can't pretend...I am rather excited about the prospects of a Beck Brow Explorer cria from Aria...don't you wait until next weekend when I am away!

We have put the females who are due over the next couple of months in to a separate paddock. Also in the paddock are two females who do not fit in to that category. Firstly Beck Brow Rumour Has It (due in July) who decided she really had to be included (I thought that this was to be with her dam, but it appears that she is best friends with Lady Gaga!). Secondly, Beck Brow Celestrial, who was originally mated and spat off late May. She then decided to sit in October, and as Goldmine had been allowed to mate rather late in the season, we mated her again to Explorer.

Now, is it just me, or does she look far to huge to be heading for September? This pairing of the dam of Beck Brow Bespoke (2nd placed Jnr White Male at the National Show) with the sire of Beck Brow First Edition (1st placed Jnr White Male at the National Show) is an exciting one...I would rather she be in the birthing paddock for months than miss the birth. We seem to have had a couple who have sat whilst already pregnant...time will tell! 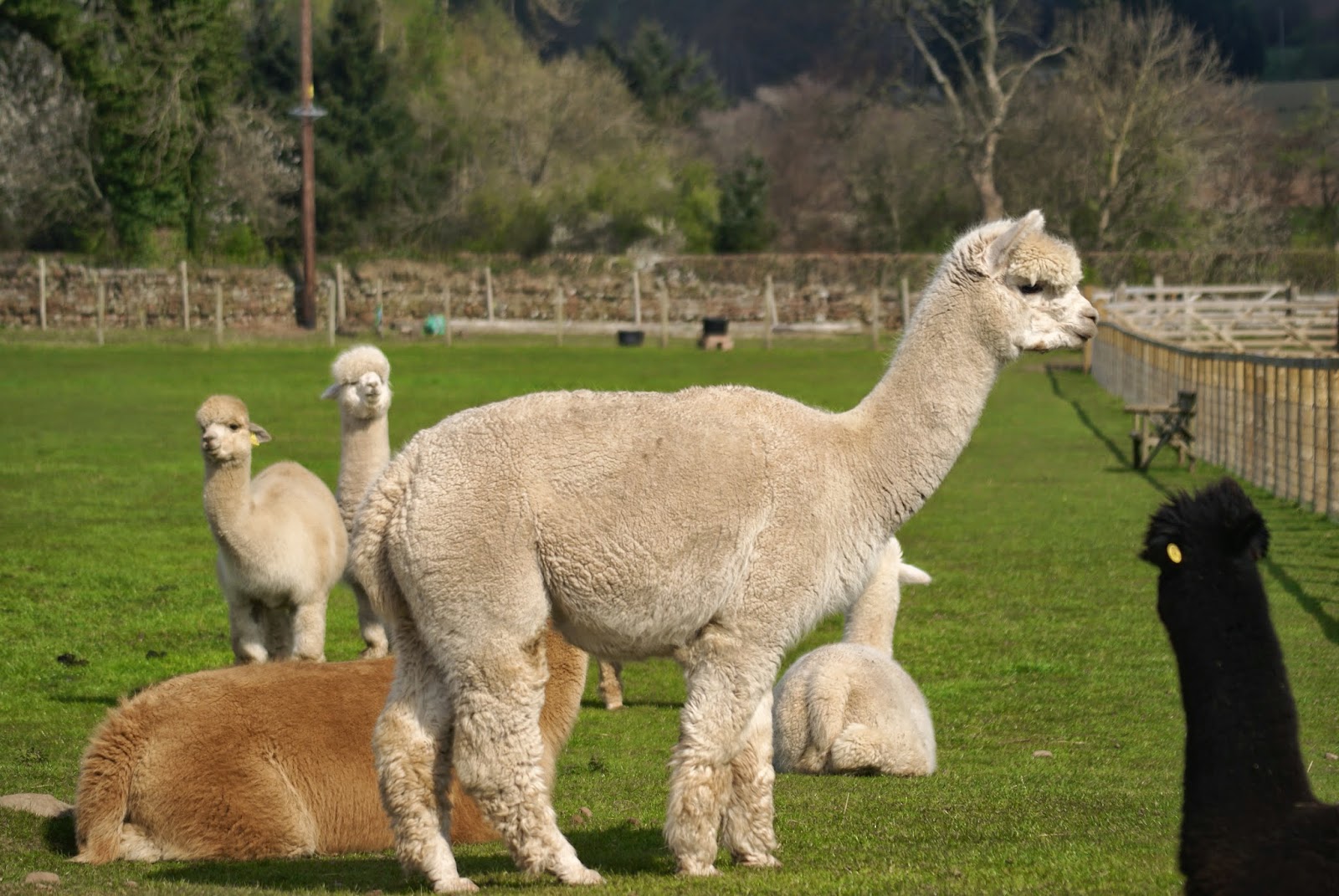 I have been out to take some photos of some of the pet boys for Alpacaseller. I admit to being a bit half-hearted as I love the group of young boys. I did manage an acceptable photo of Otis, but Orlando has rather spoilt the background... 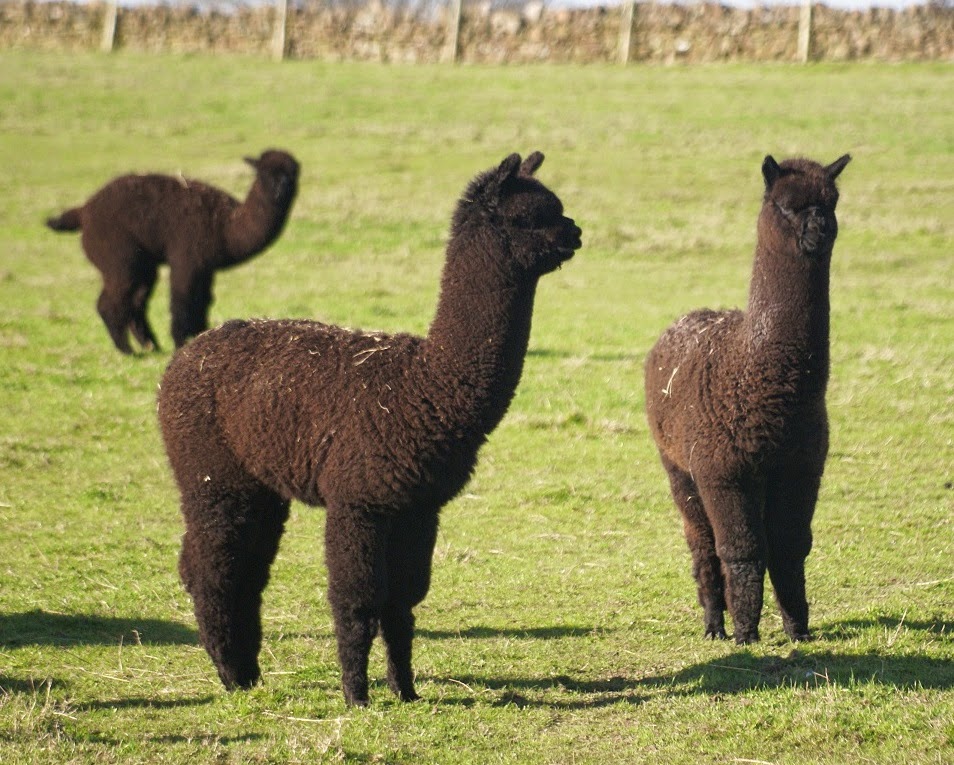 I am struggling with some of my decisions, Otis (centre)  was placed second behind Inkster at the NWAG show, should he be kept?...probably not...whereas Inkster who was placed second at the National Show will stay for now... 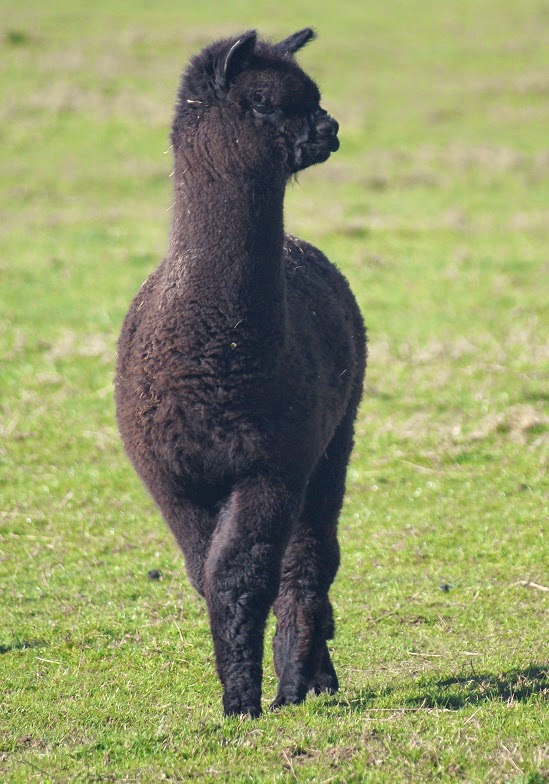 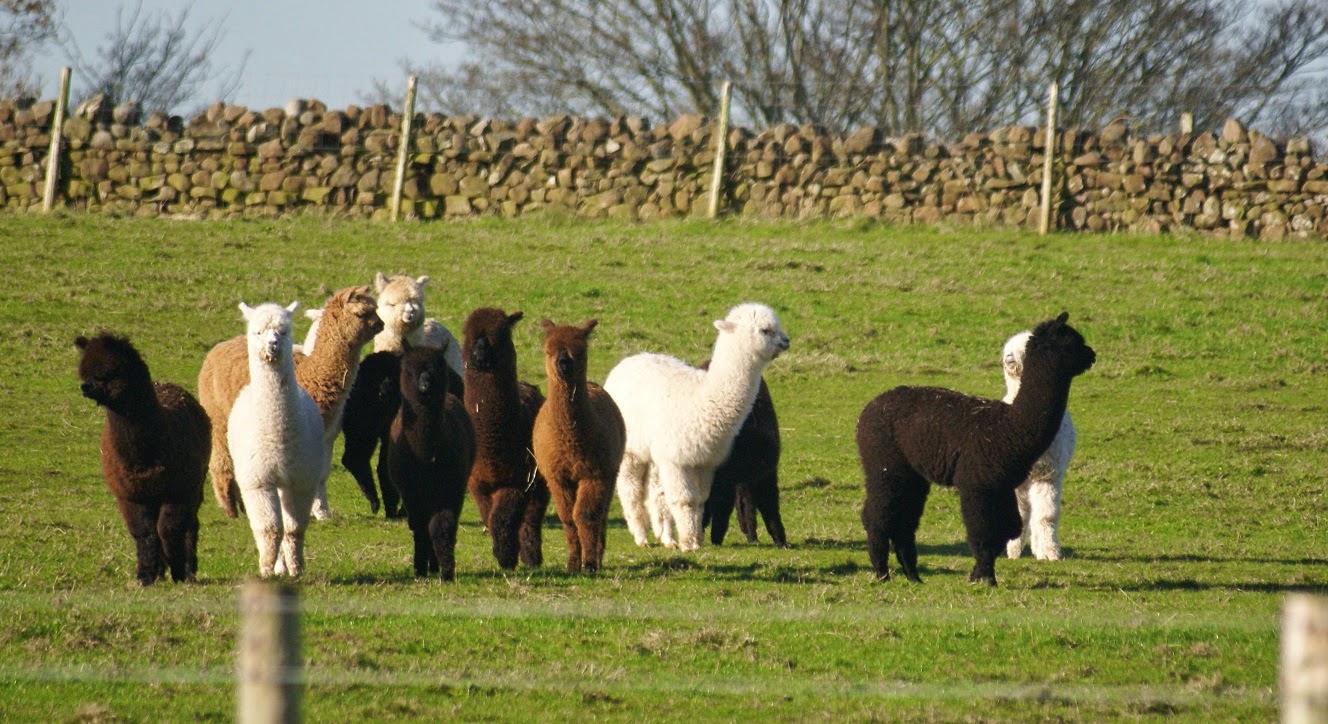 I wonder, could I get away with a 'pick and mix' photo!

We actually have no white boys (one beige) for sale this year, as we only have three; Eddie, Bespoke and Epic...now I am not so sure Epic has been aptly named...only his mother would love him (and his dam Adelle)...how does he manage to look so scruffy! 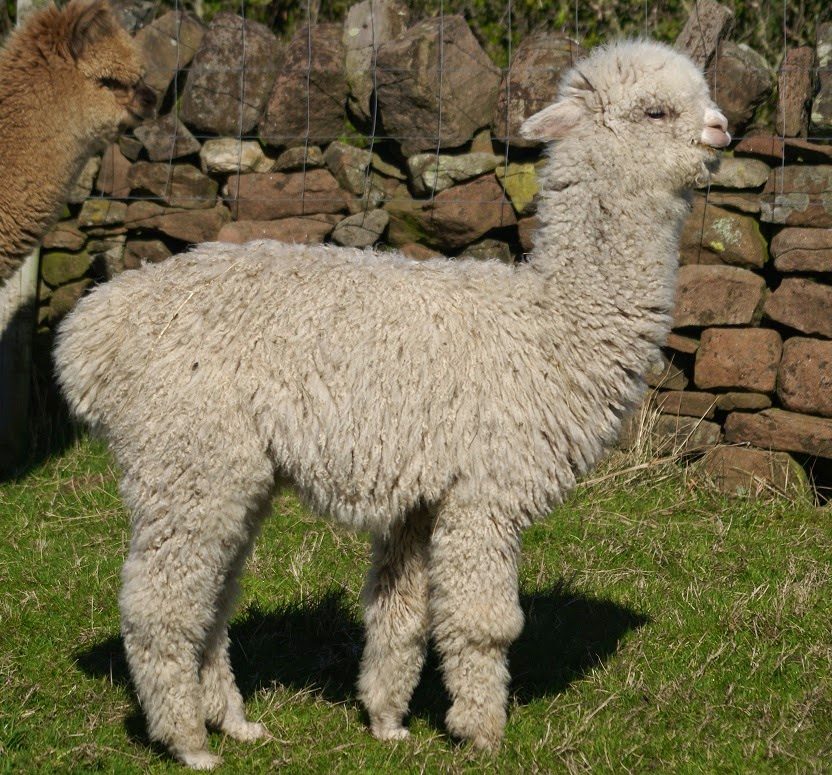 I just thought that I would slip in a photo of Summer Haze (dam; Chaska. sire; Jack of Spades) who always seems to miss the photo call... 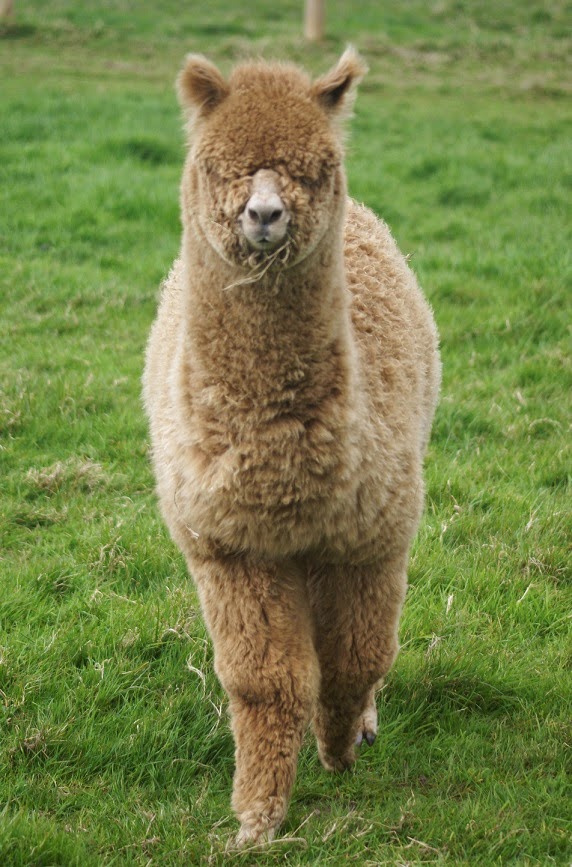 We did get caught up on plenty of jobs in the run up to Easter. Paul has completed the additional space in the barn (Foxy Sox is showing her approval here). The plasma donating boys have been given their Lambivac booster in preparation for blood collection. All stud males and females have had their selenium drench ready for matings and birthing to begin. 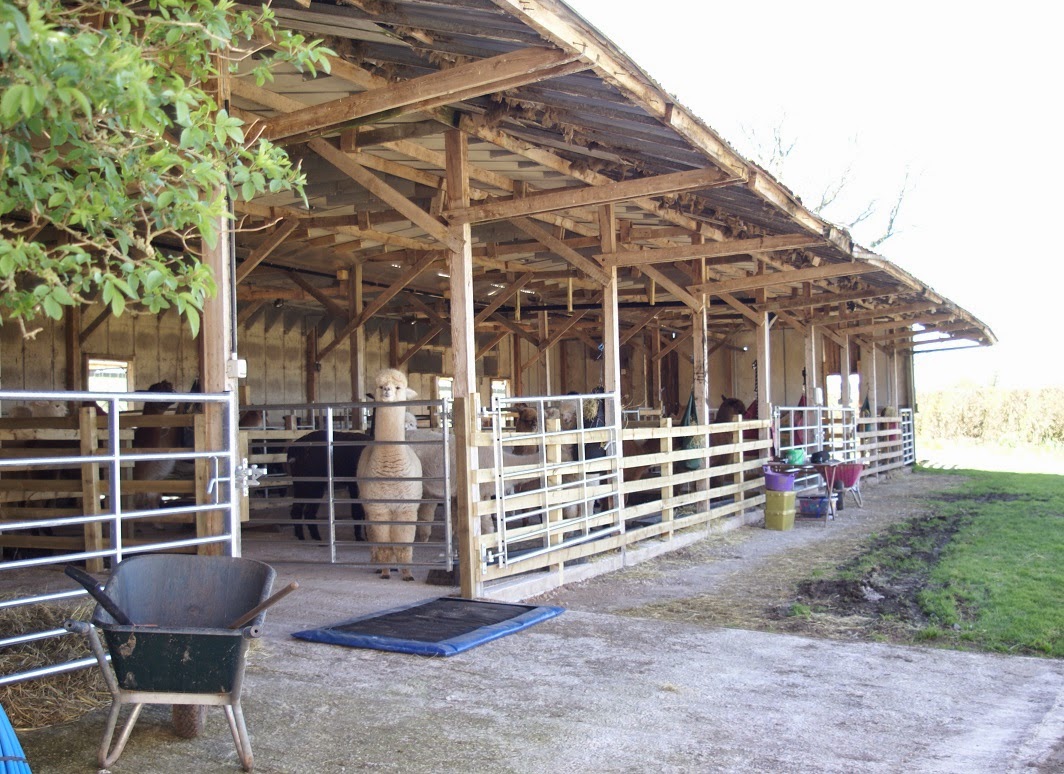 We had our niece, Maddi to visit for a couple of days...Astor seems to have been voted the favourite cat of the week! 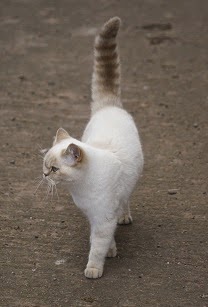