Well that's 2013 coming to a close. It seems to have been all about rain, wind and mud...with a break for a couple of months of sunshine...then back to the same, but worse!

I will start with my favourite photo of the year. Not an alpaca, but Velvet with one of her kittens (Angel)...she adores her new friends... 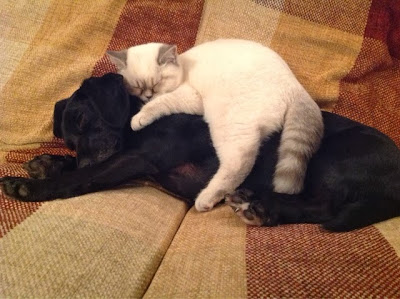 On the alpaca front we have had our best year ever, but not without some sadness. I have really struggled to do a review of the year; because the loss of our beloved mother and daughter (Bahati and Poppet) it is still so painful to think about. 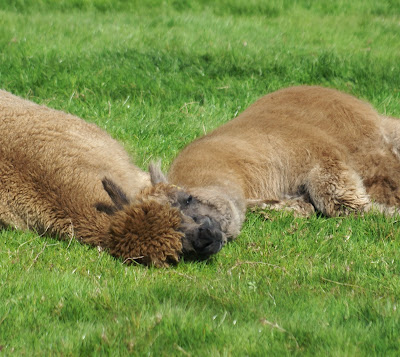 But of course life goes on and for us that included the birth of 12 males and 10 females at Beck Brow. Undoubtedly our best crop yet; made extra special by the birth of Beck Brow First Edition, the first born progeny of our home grown, 4 times Supreme Champion; Beck Brow Explorer. I couldn't have felt more proud...and what a stunner he is...possibly our best cria ever born here! 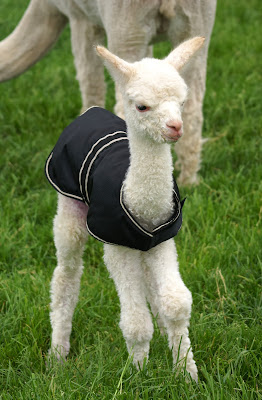 We have added a number of elite females with top notch genetics to our herd. Two maidens (Bozedown Campari and Inca Garland)  and three females who have produced championship winning progeny (Cambridge Scarborough, EP Cambridge Courtesse, and EP Cambridge Aria). We also added to our stud males, with the importation of Timbertop CT Goldmine ET, a superfine herd sire who has already produced Supreme Championship winning progeny.

We have done well in the show ring, not least with Waradene St. Patrick of EPC taking a Supreme Championship. In fact we came home with quite a stash from the YAG Show from only two entries! 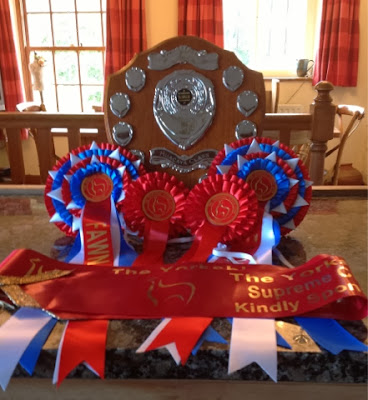 We have been extremely busy on the sales front, selling more than we actually intended. We have sold all of our 2013 born females available for sale, before they were weaned; and other females that were not actually meant to be for sale! And we already have interest in our 2014 cria...We can't keep up!

It has been a hectic year, I have had to accept that I am not Wonderwoman, and we need to look for some help next year. I have been up and down the country attending nearly every alpaca show possible, as part of my British Alpaca Society Judge Training. We were also one of the key organisers of the NWAG Alpaca Championships, a new show in Cumbria, which proved to be a great success and will be repeated in 2014.

In addition to all that, I was appointed to the board of the British Alpaca Society. My key role has been to head the BAS Show Committee and thus be heavily involved in the organisation of the BAS National Show 2014...rather more time consuming than anticipated!

Oh and we also increased our alpacas at Beck Brow by 40 with the addition of another agisted herd. That means 43 cria to halter train!

We are looking forward to 2014. Lots of lovely cria expected, the arrival of Cambridge Stargazer from Australia (who is pregnant to EP Cambridge Peruvian Spartacus), but most of all because we will be welcoming our granddaughter's arrival. 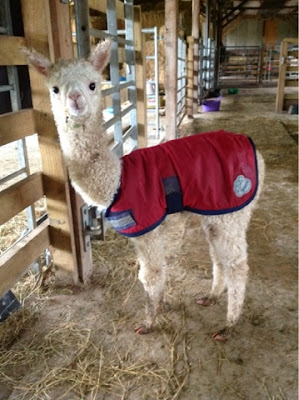