It has been a week now...and we have been strong...we have survived...

Last Saturday was cria weigh-in day. Not just any old weigh-in day...no this was weaning weigh-in day. We eyed them all up...who would be exiting via the weaning door... the deciding factor was 30kgs or over...it was no point in hiding, we had a list of suspects, and only one failed the test. We decided Orlando at 28kgs and just shy of 6 months, could be saved for the next group.

So we have 16 weanlings in total (including livery cria). We also put in a couple of female yealings from the livery group for some leadership, and because they really need to grow on and thus get their share of the feed.

It has been amusing to watch them form their groups. All the Waradene St. Patrick cria stick together like glue, but generally they segregate themselves into a white group and all other colours group. However this morning the whites were in one paddock, the darker colours in another, and the beige and very light fawn were sitting by the adjoining fence...just like in the show ring...not sure what class to enter!! 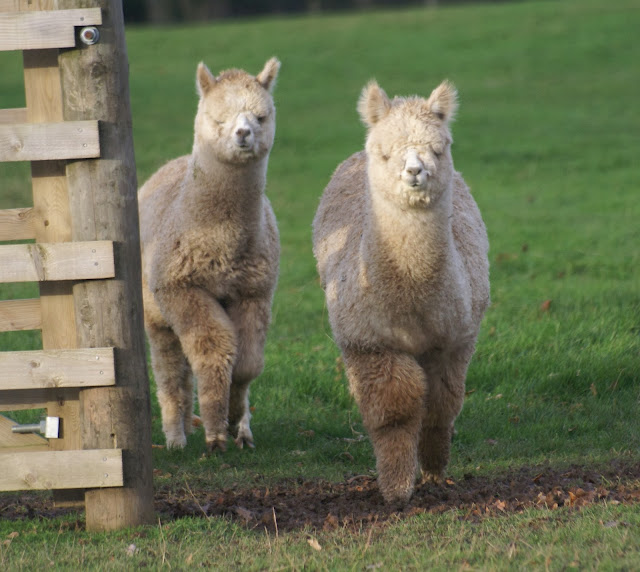 Beck Brow Cat's Pyjamas (left) and Beck Brow Crafter (both Waradene St.Patrick progeny) are such close friends. I do hate it when they end up having to be separated again (when boys become men!)

This is a photo taken on day one of weaning. Walking the line made by the previous occupants of the paddock! (before segregation!) 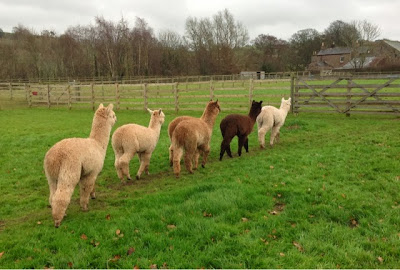 I do think Beck Brow First Edition is growing increasingly like his sire; Beck Brow Explorer. Next fine day, when I have someone to hold him, I will get a fleece shot to compare with that of his sire. 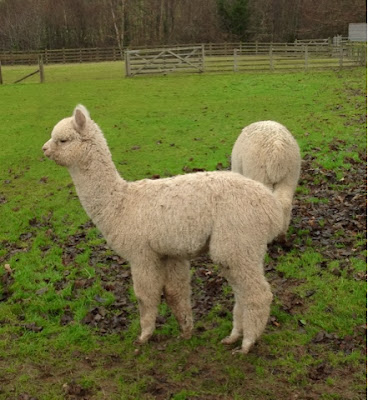 Beck Brow First Edition...is he the best white cria we have had born here? 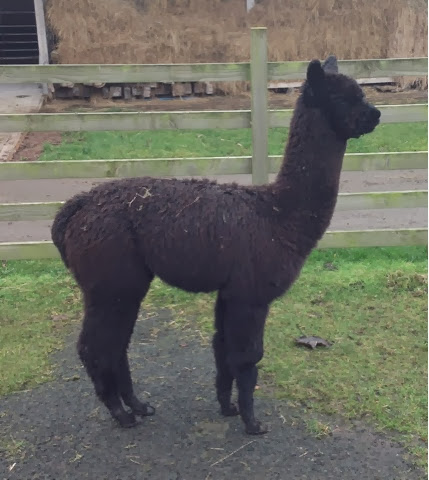 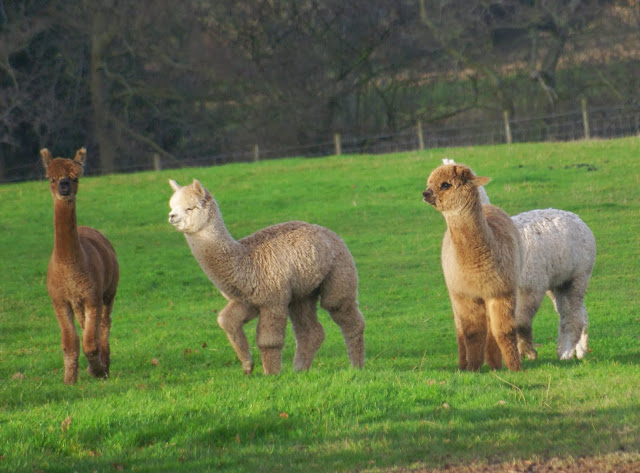 Now, I have never pretended otherwise...Beck Brow Epic is my most spoilt and favoured cria of the year. This morning Paul asked "what is it about him that you love so much?" what an absolutely ridiculous question...WHAT IS IT ABOUT HIM!!!! he is absolutely adorable it is obvious!

Epic was born mid September to Easter-Wood Adelle who is a maiden. Adelle adores him nearly as much as I do...she looks at him with the same kind of love in her eyes...but her milk supply hasn't been the best, thus he weighs only 13.5kgs. Refusing a bottle, we decided to get him started on hard food. He has his routine, he knows that he is allowed outside of the pens to eat on his own, and waits eagerly by the gate. Initially he only ate Camelibra, but has now moved on to add in  Speedibeet. Incidently, we had a visit from Linda and Ron from Redens Alpacas who recommended foal creep pellets, Epic wouldn't eat them (he already has a taste for Camelibra) but a good idea to start these under weight cria on them in future.

So below we have an Epic size portion of  beet especially for him... 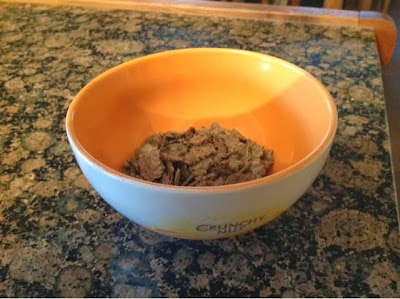 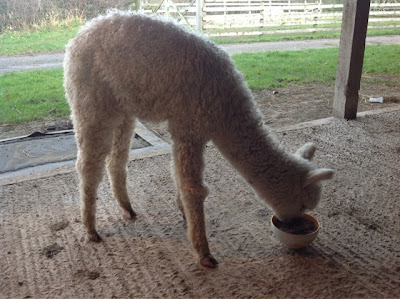 Right, I am going to write my Christmas cards now, then decorate the tree...it is nearly santa time and I have made no preparations. As one of the organisers of the BAS National Show 2014 I never seem to have a spare minute for anything else...I cannot believe how much work is involved. I know it will be worth it. There are so many exciting things planned and we are generating so much interest. Latest news; launch of the stud services auction page...check out the Champions generously donated already...with lots more to come!
Posted by Unknown at 15:19