I Spy a Party in the Paddock!!

As predicted, the Christmas party started here at Beck Brow on Christmas Eve...what I hadn't envisaged however, was that the party would be in the paddock...and some surprise presents would be unwrapped....

Like the rest of the UK we have had to deal with extreme weather over the Christmas period, and I had considered blaming the impromptu party on the wind. However, Paul has said if I do, then he will have to write his first ever comment on my blog...and I think I know what it would be...PLONKER! You see I decided to do a bit of rearranging...moving our females on to new grass...because of the wind I tied open the gates to ensure no mums and cria could get separated. What I also did was tie open the gate between Goldmine (our newly imported stud) and the girls.

It was only when Paul arrived home and asked where I had moved goldmine to... that I realised what I had done. The girls had actually moved into his paddock...I Spy an open gate...we ran to the top paddock just in time to see Goldmine thank Beck Brow Foxy Sox for the present...as she pronked off with her tail in the air! Silverstream Galaxy (who miscarried a week or two ago) had also enjoyed the event. The only other open females in the paddock were Wiseman Coco, Bozedown Campari and Young Punk Angel, who all appeared to have missed the party thankfully. Galaxy has unfailingly become pregnant on the first mating... 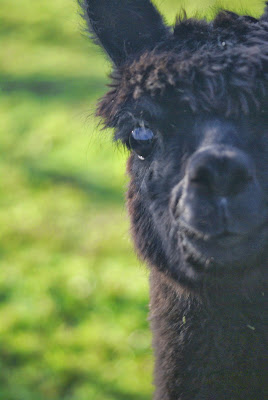 Prima Jubilee, on agistement at Beck Brow...always inquisitive but luckily not in the party paddock 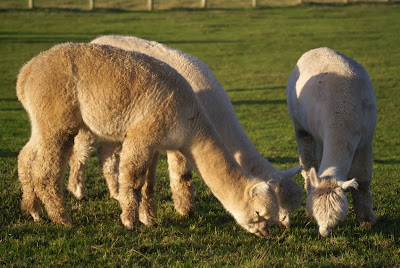 We hardly noticed it was Christmas here with the weather creating so much extra work; keeping hay bags topped up and shelters mucked out was a full on job. These photos were taken on Boxing Day, when we decided just to spend it with the alpacas. The liveried females were wormed and given their AD&E and all the weanlings were weighed (all doing well) 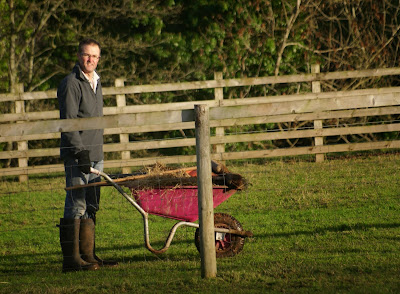 Not sure if Paul is looking cross because I am taking photos instead of working...or it is the pink barrow! 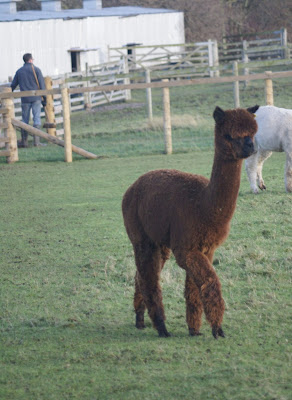 The weather has meant the junior show team are all looking an absolute mess..I had been really pleased with the lack of vegetation in their fleeces, but with gales blowing through the barns there was no hope of keeping them clean. Only consolation is we were all in the same boat, and keeping our alpacas safe was our priority. 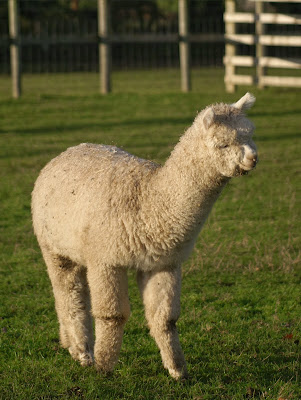 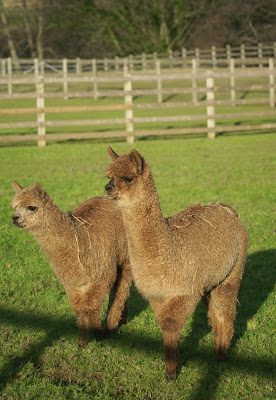 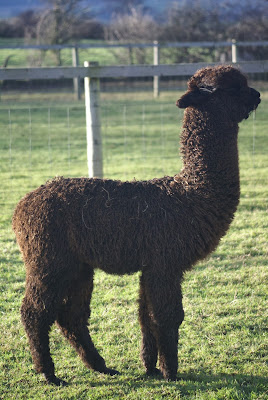 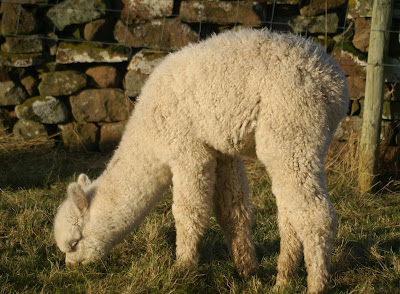 Beck Brow Hallelujah...the only Beck Brow Explorer daughter that I have retained...have I kept the right one? Too early to say, and as all have elite dams, only time will tell!

We have Michael and Judith from Cockerham Alpacas coming for a meal tonight...none stop alpaca chatter...and generous amounts of red wine...whoopee!

Just in case you were wondering Epic is still adorable... 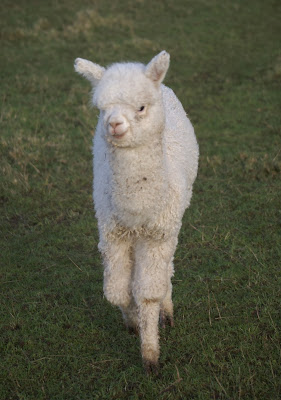