The wrong kind of shearing!

Paul's new toy arrived yesterday whilst he was at work. Not getting the chance to try it out yesterday, as we were out at a wedding later in the day, he was up bright and early this morning. It would be fair to say that Paul does not enjoy poovering...the air if often blue...and Paul red...he wouldn't admit to this, but I have actually seen him kicking the poo picker.

So the new toy? A Suffolk paddock sweeper. Jim Hewitt from RT Machinery drove up from Bucks to deliver the sweeper and to set it up on the back of the tractor. It took Jim six hours of driving and two hours to set it up... and Paul one hour to break it. Yes, too fast around corners is my guess...anyway he has broken a shearing pin!

So, I can only give you a limited review, but I expect it is going to save us hours of poovering time. The grass will need to be kept well topped and I expect we will still use the poover some of the time, but first impressions are good....not least because of the reduced noise levels. It does scarify the land as well as sweeping up the poo, which will encourage the grass to grow too. Amazing how I managed to poover for three years...when Paul takes over due to my bad back we get something that goes on the back of a tractor! 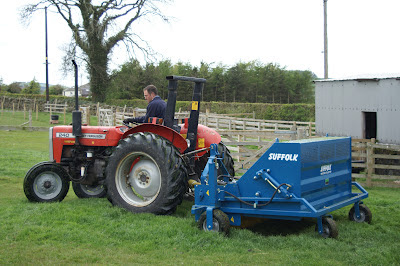 Paul paddock sweeping...don't go too fast around those corners!

To give Paul the opportunity to try out his paddock sweeper uninterrupted, I decided to move the girls on to new grass out of the way. I also put the female weanlings back in with the main group...talk about excited alpacas... 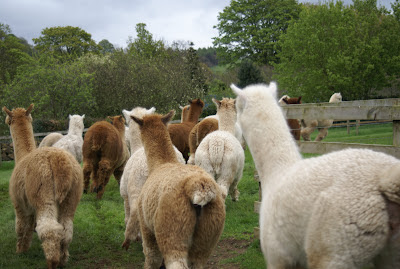 An open gate...that's all it takes to move alpacas!

Silverstream Galaxy took the prize for the most outstanding display of excitement: 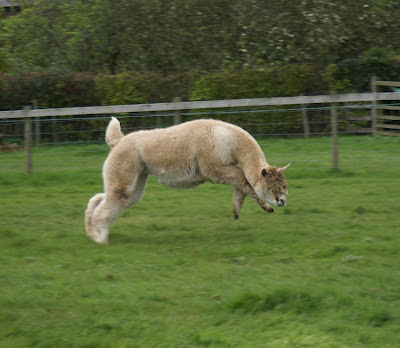 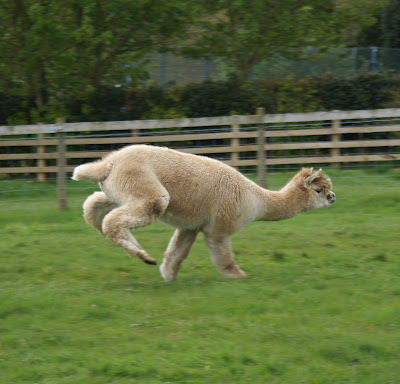 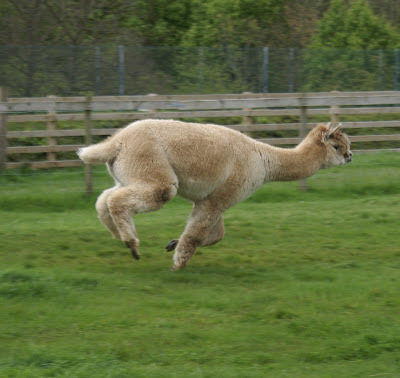 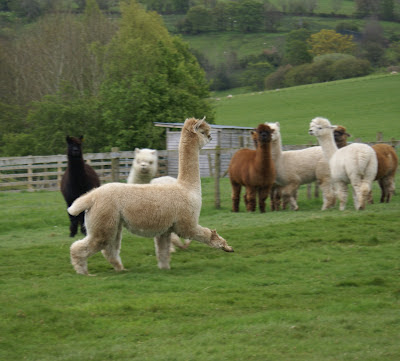 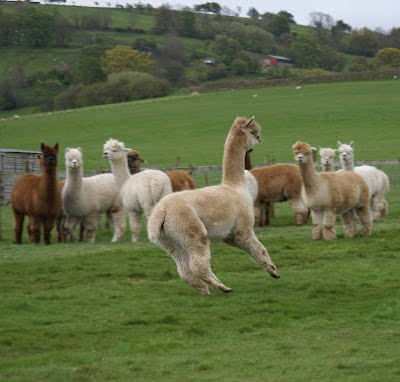 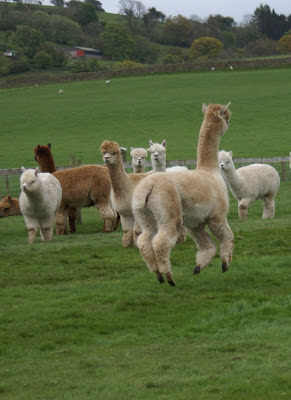 Lady Gaga was a close second but I only caught her once her display had finished: 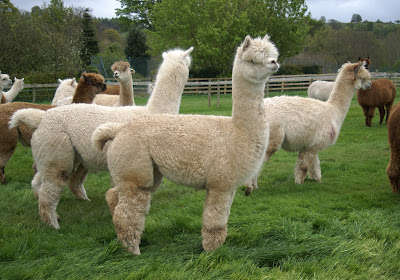 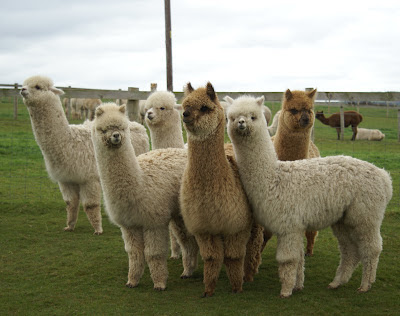 The female weanlings now back with the main group
Posted by Unknown at 13:28