After all the hot weather, our shearing day arrived, along with the rain. Having believed the weather forecast (thankfully as it was correct) we had all the alpacas in from 9pm last night. Paul waved goodbye this morning as he headed off to work first thing; before Ben (our shearer) arrived at 7.30 am. Fortunately Robyn had arrived just before him. We were also helped by Mum (homemade chocolate cake), Dad, Amanda and Diana...many thanks folks!

It is incredible how different the alpacas look with their fleeces off...it never fails to amuse me...and of course there is always some surprises.... 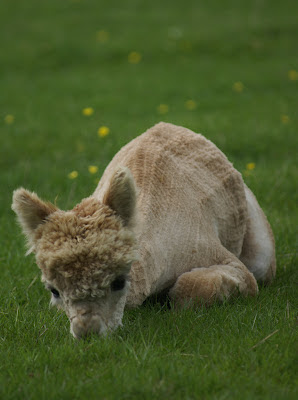 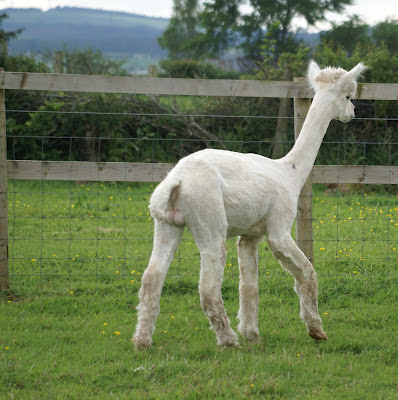 Beck Brow Explorer has been keeping somethings hidden under his tail...if we get another heatwave he will be needing some suncream....Wowzer Explorer! 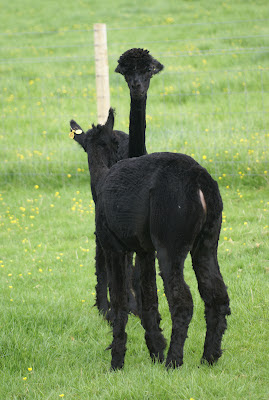 Biba and April appear just to have noticed that they are both blue blacks...they have been taking a great interest in each other since getting naked. 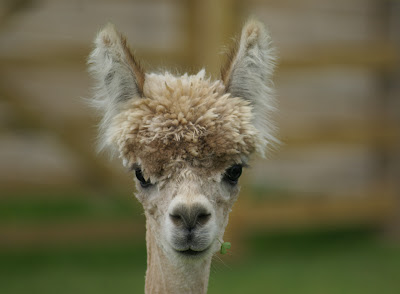 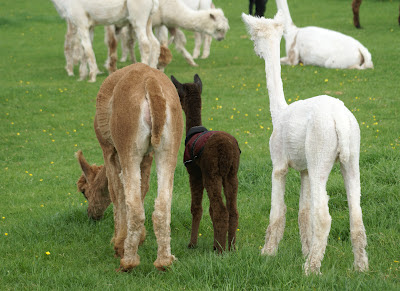 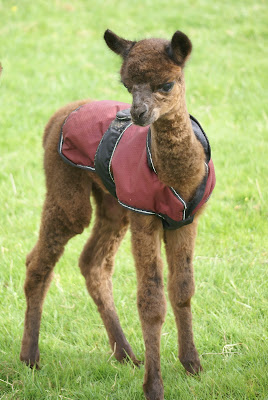 Coco...bright as a little button

I am pleased to say that everyone who should be pregnant, looks pregnant with their fleeces off...including Pepsi Lola.
Posted by Unknown at 17:55