Now, I will forgive you if you have thought that I am a little bias where Beck Brow Explorer is concerned...I have actually thought the same thing myself at times. Yes, I know I keep saying that he has an abundance of fleece... and that his guard hair can't be seen...well... it is official...Beck brow Explorer is an outstanding male.

We have had his results back from the SRS herd assessment. The three key traits that are measured are; density, fleece growth, and the difference between primary and secondary fibres (the lower the better). He has above average density but the outstanding results for me were:
We now need to get him interested in the girls...we have a queue forming!

The sun has been out today, even if it has remained windy, meaning the weanlings have been enjoying a bit of  mischief.

Easter-Wood Adelle may look a picture of innocence: 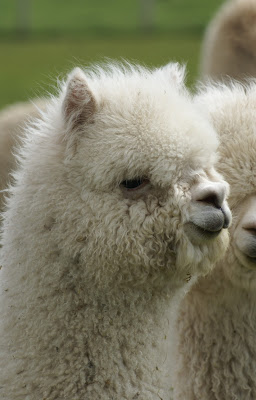 but something had caught her eye: 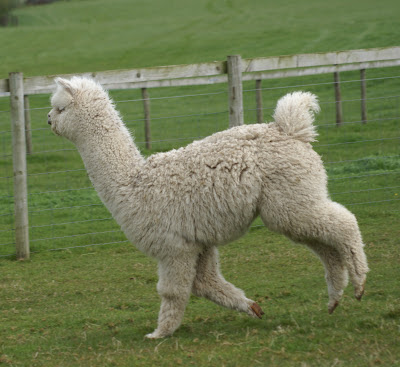 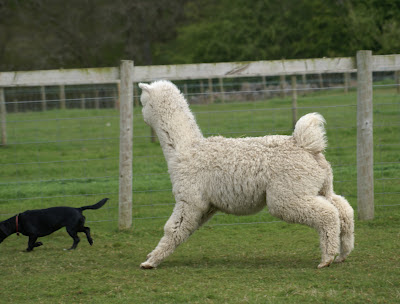 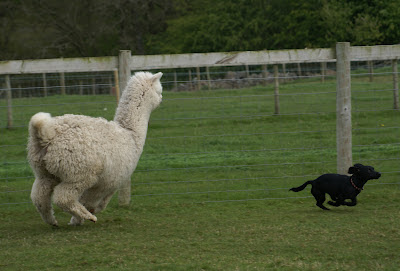 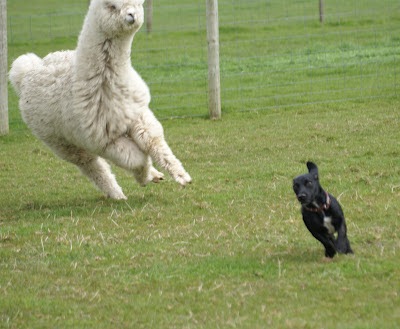 Reinforcements are on their way in the form of Beck Brow Snooty Boots and Beck Brow Rumour Has It: 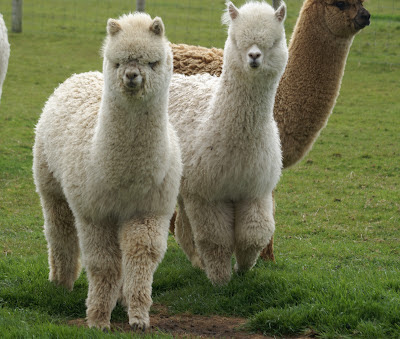 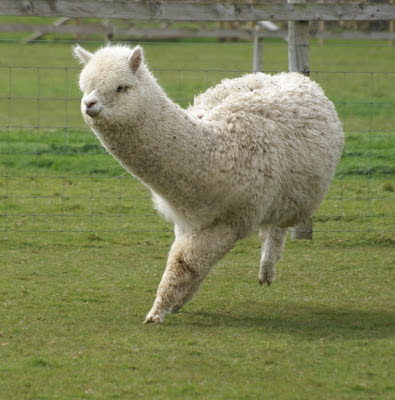 It all becomes a bit too much for Velvet and she decided to surrender to Rumour: 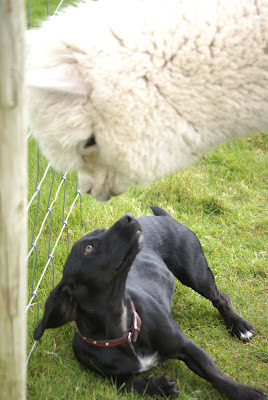 Even flipping her tail in alpaca communication...I give up you win: 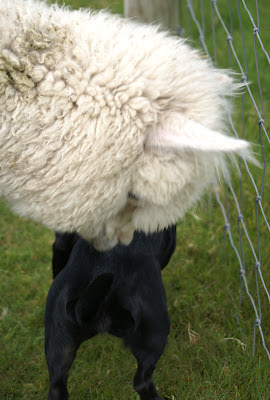 Whilst we have been debating the pregnancy status on one or two of our females, I don't think that there is any doubt about Biba: 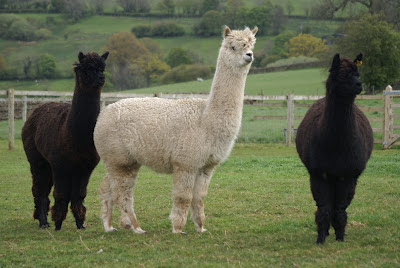