After ﻿three nights away at the British Alpaca Futurity, it seems that it has taken me three nights sleep at home to fully recover...it's hard to believe that showing alpacas can be so tiring...must be all the talking (no witness accounts of any other possible causes please!).
Anyway despite the tiredness, we took the opportunity to have a good look at our herd on Sunday afternoon whilst we still had the high standards that we had seen at BAF as our yardstick. Luckily, we arrived home to a lovely sunny weather and dry fleeces. As we suspected Beck Brow Crystal stool up to the challenge. I think the main reason for not taking her was the £65 entry fee! So we are now going to the Heart of England Spring Fiesta so that she can be shown before she is mated this year. The only problem might be that I have registered her as beige and they appear not to be having this category at the show?
No dithering this time. We are taking just three juniors. We are not taking Beck Brow Explorer. He has been shown six times; Three times at Northern shows as an Intermediate where he achieved two Supreme Championships (Northumberland and Westmorland) and Champion White Male (Yorkshire). He has also been shown three times at National level and achieved a 1st and Res Jun Champ (National Show) and 3rd and 4th (Futurity 2011, 2012). He has beaten, and been beaten by, the same alpaca under different judges. So I think we can safely say that he is up there amongst the top four white intermediate males on the show circuit at the moment. We will show him next as an adult. 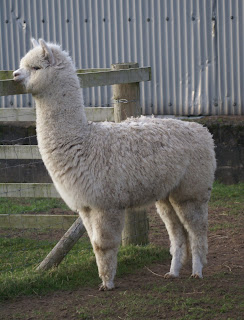 Beck Brow Crystal Maze
We also had a good look at Beck Brow Lucie who has EPC Top Account of Fowberry as her sire. She is such a pretty girl with a great fleece. She is pregnant to Waradene St. Patrick﻿ but will be mated to her sweetheart; Beck Brow Explorer this year (hopefully)
Beck Brow Snooty Boots is also looking fantastic. I hope that I don't jinx myself; but her fleece is beginning to look stunning with a very high frequency crimp. However, I don't expect she will be shown yet as her difficult start is obvious midway through her fleece. We will be starting halter training Boots, Quintos and Adelle this week...I predict Boots will be have plenty to say about that! 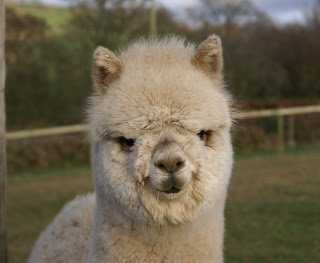 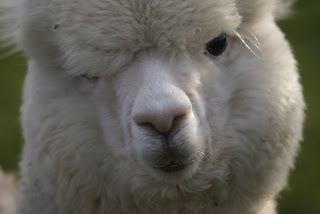 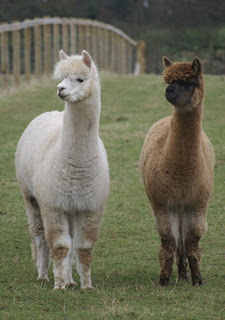 Beck Brow Lucie (left)
Our other Top account progeny is Beck Brow Synergy (beige) who I expect will make the show team at some point as he he has a lovely fine fleece that is starting develop real character. He and Beck Brow Magellan play fight constantly (well when Magellan isn't pestering Crystal) 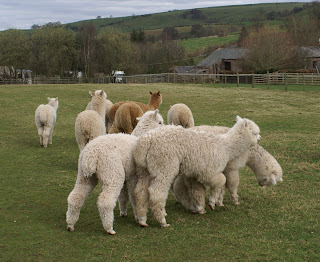 Magellan, Synergy and Quintos
But both boys seem to have joined the same fan club...all thoughts of fighting goes out of the window...when Explorer comes near﻿ 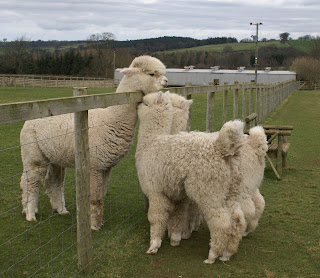 Synergy and Magellan...we come in peace Explorer!
Posted by Unknown at 11:47