Thank you all so much for your kind comments on Friday...it does help to share and know others understand. Galaxy appears to be coping well - apart from a heart wrenching moment late on Friday...when she obviously thought that Boots was hers. This was quickly resolved when Blanche called the herd into the barn (it is amazing how alpacas care for each other)- she is having a course of Excenel as a precaution but seems fine. The answer to the weight question is 2.2 kgs.
It hasn't been the best light for photography today...but I really needed to move on from the last blog...so here we have some happier photos taken this morning: 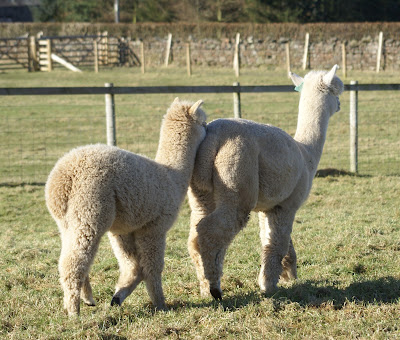 EP Cambridge Lady Gaga and Beck Brow Snooty Boots (our only Waradene St Patrick cria so far)...how much does she love her Mummy? 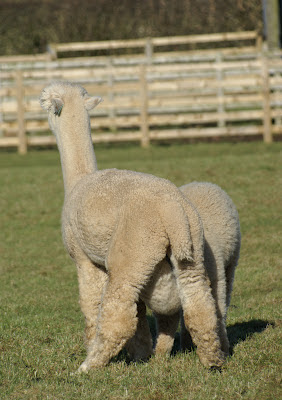 ...enough to follow her to the poo pile and take advantage of the situation for some elevenses! 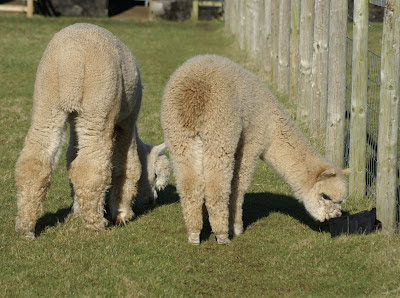 It is amazing how she has started to shoot up after such a slow start...looking increasingly like Mum I think?
Boots has been flirting with Explorer for most of the morning...and he appears to like what he is seeing... 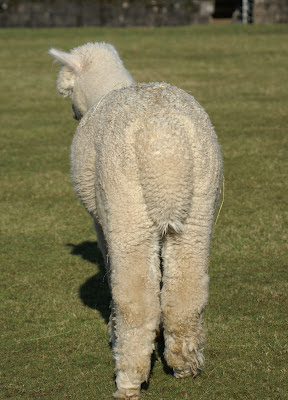 Yes, Beck Brow Explorer liking what he is seeing...that will be your own shadow then! Now do you understand why you can't have any peas and beans! 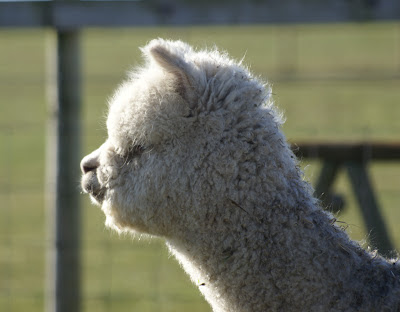 We only have three cria who have not yet been weaned; Quintos, Boots and Adelle. Easter-Wood Adelle is such a pretty alpacas...this is her head shot...with such a fine fleece (hence the haystack!) 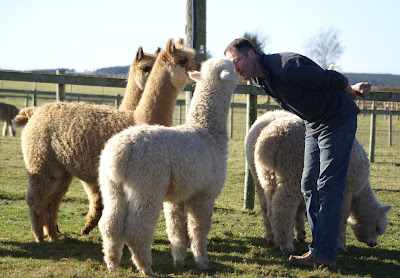 I caught Paul having a chat with the weanlings...here he is talking to Beck Brow Synergy (Galaxy's 2011 cria...so far she has had such beautifully conformed progeny) who should make the show team (along with Boots and Adelle) later in the year...maybe he will make the British Alpaca Futurity team...we have two weeks left to see how his fleece develops.
We have two definite junior entries; 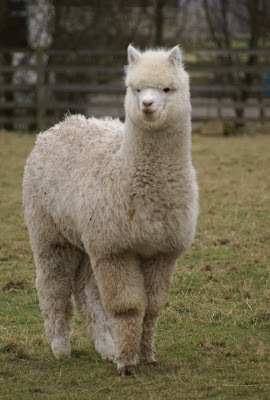 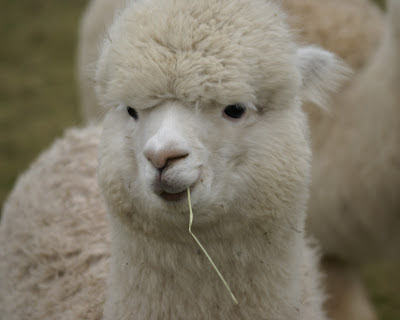 Beck Brow Rumour Has It (she does have legs and ears... I just can never get a decent photo!) (sire: Top Account of Fowberry. dam: Cambridge Camilla - Explorer's dam)
Right back to work...we are drenching with a selenium ﻿and mineral drench (Maxigro) this afternoon...the alpacas seem to like the taste of this one.. so it should be slick!
Posted by Unknown at 14:56