Yes, Beck Brow Explorer (Gorgeous to his friends) is one year-old today.
A lot of excitement had been building up around his expected birth last year; his dam Cambridge Camilla (sire Accoyo Remarque) was purchased from EP Cambridge Alpaca Stud already pregnant to the multiple Supreme Champion Cambridge Navigator of ACC. There was a chance that Camilla could have the first Navigator cria to be born. But he kept us waiting...and waiting﻿...finally arriving after 385 days gestation. Both Mum and Cria appeared to be in shock. 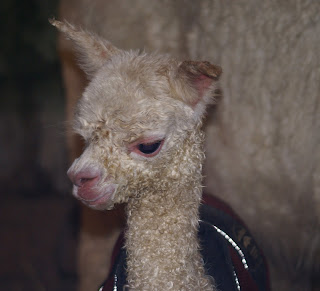 Beck Brow Explorer...at one hour
Unfortunately mum's milk didn't drop. Explorer refused to take from a bottle and time was running out. We tried passing an oral tube but he fought so much we couldn't keep it secured. Eventually a nasal tube was passed and he was given oral plasma, but 10 hours had passed. IgG testing at 36 hours gave a reading of less than 100 g/l and he received an I.V plasma ﻿transfusion along with the course of antibiotics he had already started. 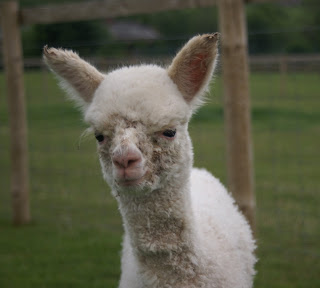 7/6/10...looking wounded and under the weather, but better than a few days earlier (photo just not pleasant) 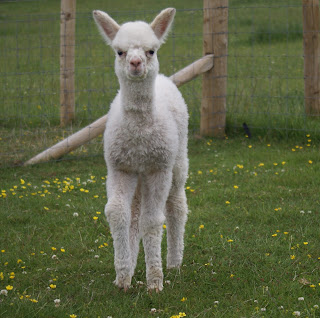 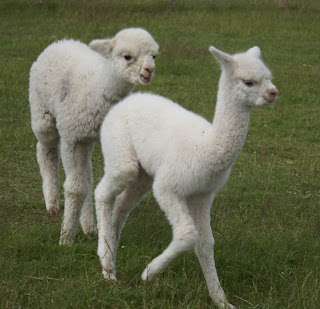 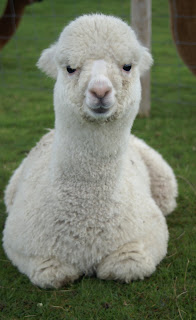 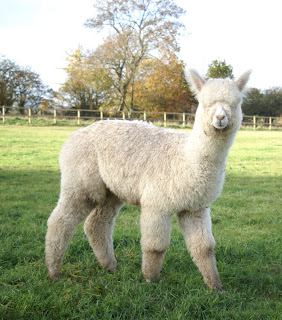 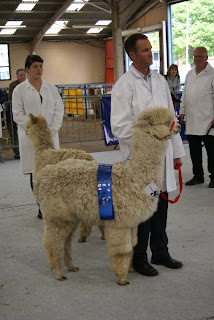 Something that we won't have dared hope for a year ago....Explorer at the BAS National Show taking first prize and Reserve Junior Male Champion.
It would have been so nice to have had a birth today on his anniversary...the weather is fine as well...but it doesn't look like it is to be. Never mind we are just very grateful to have him...he is a constant source of amusement to us all...and we love him to pieces...the fact he is a prize winner is just the icing on the cake.
Happy Birthday pouffing boy!
Posted by Unknown at 15:59