At last...some fine weather...and thus some halter training. All of our weanlings from this year (that we wish to sell) are already sold; hence pressure is on to get some halter training completed. So apologies that this is really a photo blog, but there are a number of owners who I am sure would like to see the progress.

We have eight weanlings who are on the training programme at present, so with plenty of helpers we decided to go out in three groups of three. Yes, I know that is nine but as Beck Brow Foxy Sox (4 months old today!) is such a good trainer we gave her two outings! 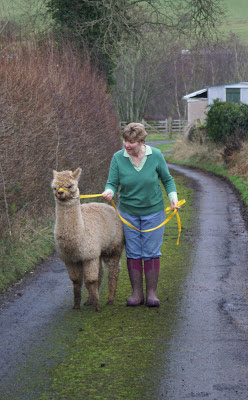 Amanda with Beck Brow Bendrago...slowing down... 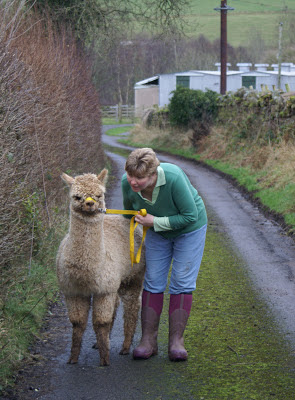 let me see where is the go faster button... 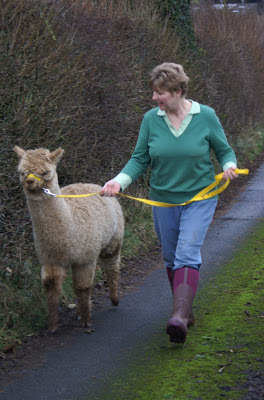 yes, that was it! 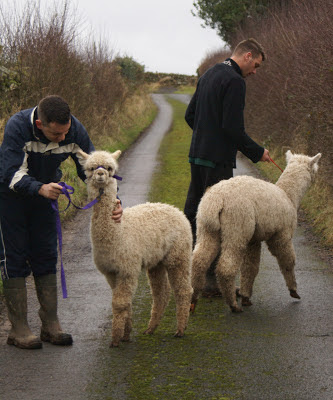 Beck Brow Foxy Sox takes a little time out to pose to camera... 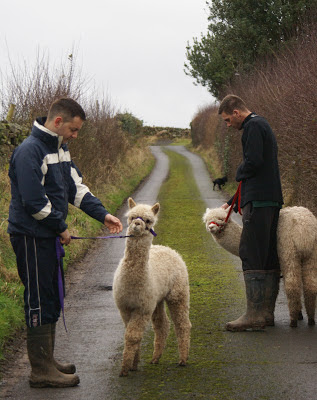 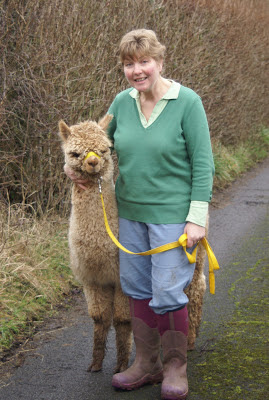 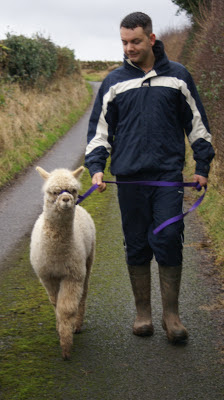 But do they come any cuter?...Ben and Beck Brow Foxy Sox 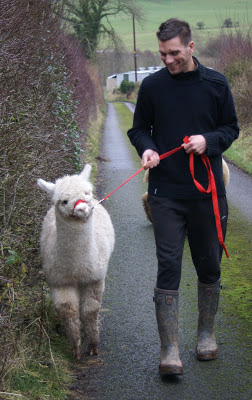 JP with Shackleton...losing points for banking into the hedge...(don't mention the bump on the head) 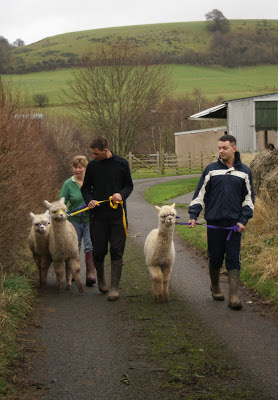 Next group out...Beck Brow Lullaby and Beck Brow Topaz join Sox "I'll show you how its done...head up look smart!!!) 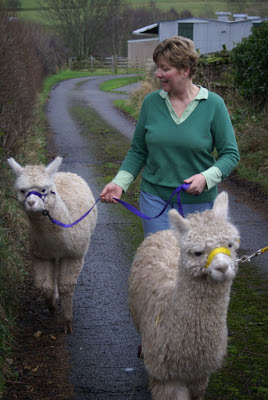 Beck Brow Lullaby and Beck Brow Topaz(behind)...only second time out for Topaz who walked to the lane end and back...clever girl! 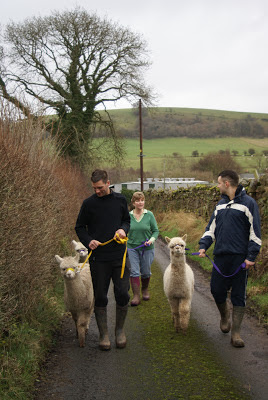 Not far to go now 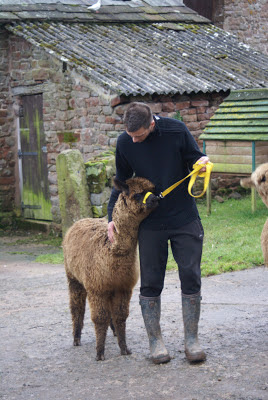 Last group...Wiseman Sweet Coco not so keen and fourth time out...we had no Sox this time maybe that was the problem! 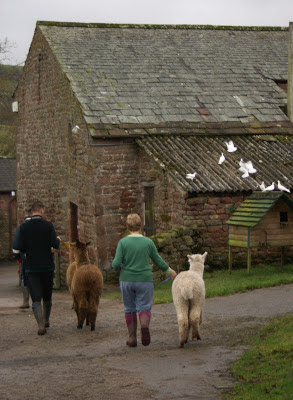 Oops seem to have missed taking photos of this group, who did make it to the lane end and back. Beck Brow Hamish (aka as Pedro) in the lead no problem (sorry Bev and Andy will get a photo next time!) with
Beck Brow Advantage at the rear (who was great and only his second time out)

We are going to have a level two training this year...loading and show ring etiquette. Beck Brow Explorer made a name for himself on the show circuit...not just for all his championships...but also for being a great shot with his 'pouffing'. As for loading we have realised that it is much easier to teach them young...when they can be lifted if all else fails!

Lots of admin to do today. We have not only changed the venue of our alpaca show, but we have now changed the name, so lots of work to do. The show will now be called the NWAG Alpaca  Championships...not so catchy...but there you go! (NWAG stands for North West Alpaca Group if you hadn't guessed). Now that's all sorted sponsorship availability coming soon!
Posted by Unknown at 11:01