After the excitement of getting our last birth over with, all thoughts of having more freedom to roam from home have been lost. Foxy Sox (I shall call her Sox to avoid traumatising Bev - comments last blog) is one of the best cria to be born here at Beck Brow; certainly the best fawn (Explorer might still reign supreme). She has the densest, fine fleece, full of character and is the sweetest little thing. That is the good news...the bad news...Roma (her dam) has totally rejected her.

She had a fairly difficult birth but nothing too dramatic, however she did seem to be in shock afterwards. We left her and Sox together outside after the birth. Sox tried to drink from her but Roma wasn't having any of it. At first we put it down to Roma not having passed the placenta, but things didn't improve afterwards. We rubbed the placenta under Sox's tail to ensure that Roma hadn't got her smells confused...but no...Roma just looked at Sox as if she were an alien. We have shut them in together, we have tried Lavender oil on Roma's nose and on Sox, but to no avail. Jayne (Zanzibah Alpacas) has given me some homeopathy advice that I am going to try when the treatments arrive tomorrow. She is definitely very confused as she has been mounting females over the past two days?!

It is such a shame. It is one thing being bottle fed, but having your mum still look after you, as in Lullaby's case; but to be so small and all your own, it is so sad. It is also going to be extremely difficult to avoid her becoming too attached to us. She takes a bottle really well and we don't have to handle her to give it, but she still tries to follow us everywhere. I found her completely on her own earlier as she had got her self separated into a different field. To be fair it is me who is upset by it...she is fine and doing well...Testimony seems to have budded up with her. They are like peas in a pod...both having Silverstream Czar and Waradene St Patrick genetics. 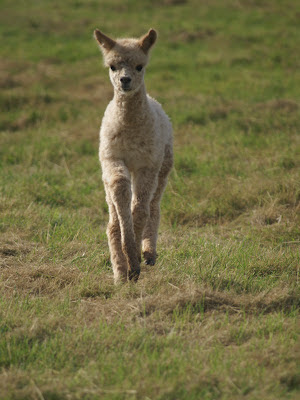 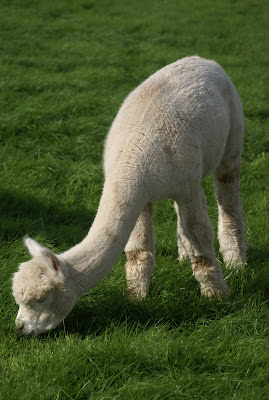 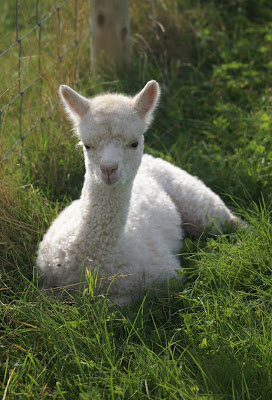 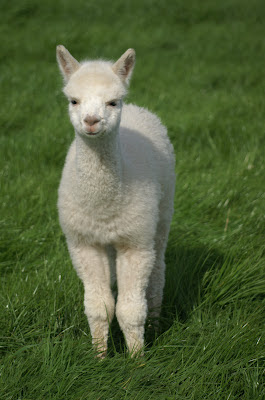 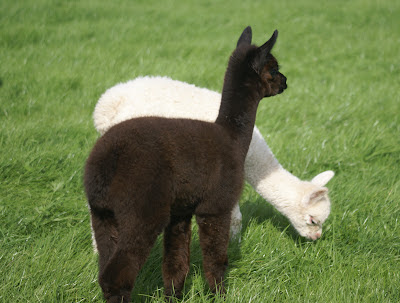 Beck Brow Kitten (looking brown she is black!) with Testimony

Paul has decided that he likes the name Testimony; and asked me If I was sure that he was going to make the grade deserved of such a name...what a cheek! I suggested if that was how he felt, then Paulo was almost certainly going to make the stud male grade, and he didn't have a very macho stud name...maybe we should change their names around...that shut him up!! For what its worth, yes I do think Testimony will make the grade but it's early days!

As you can see from the photos the mums and cria have gone on to new pasture. Yesterday I noticed that Lula had what looked like ulcers around her mouth. My first thoughts were Buttercups but there aren't really any in that paddock. I am not sure what it is she has been eating but no one else appears to have any problems. Some Vasoline has been applied (most of lotions and potions wouldn't be very edible!) and I will keep an eye on it.

Our boys have been keeping busy; St Patrick was mobile mating on Friday and Black Sabbath has two lovely girls coming to visit today. We have most of our girls spitting off pregnant now. But we now have a dilemma with Roma (we will try her again and hope she gets it next time), we were going to mate her to Explorer...but now that she has had such a great fawn...I don't know? St Patrick has done so well for us this year poor Explorer hasn't had a chance with a fawn female, as they have all gone back to St Pat.
Posted by Unknown at 11:59