I had planned to go to the BAS fleece and ﻿fibre meeting at Stoneleigh today, but it seems such a long time since we have had a full weekend at home, so I have sent my apologies, and we have started work on the job list. Poo picking first off. Paul was nominated as pooverer and I opted for the driving position. Well that was the plan. However taking the camera along did mean that the driving duties got a little neglected...causing much tutting from the foreman.
Quintos and Snooty Boots, our two youngest cria, are inseparable and irresistible...
﻿ 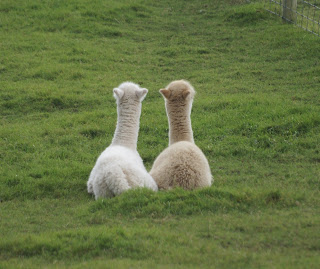 "Not sure, might be rain heading over from the East coast...what do ye think?" 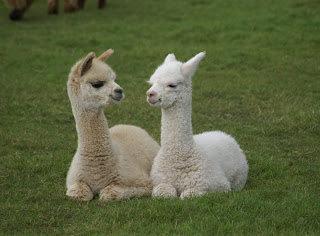 "Look out there's someone over there on your left...keep cool and  I'll sneak a peak...yeah it's okay, just a camera" 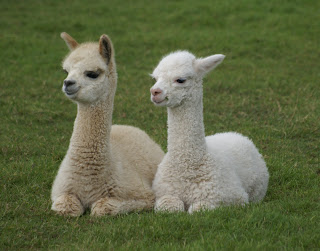 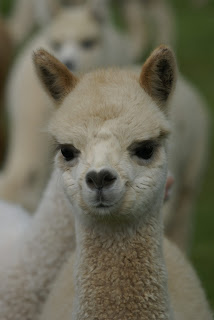 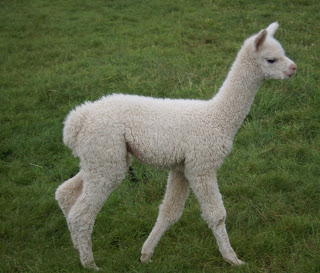 Quintos with a cool pose 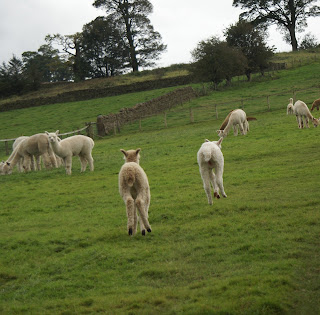 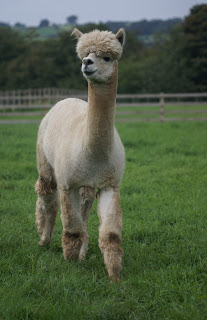 Quintos's sire Hollywood's Attitude...he certainly has passed on his attitude... in spades!
The NFU Countryside magazine arrived in the post this morning, along with the BAS magazine; Alpaca. It was good to see that we got a mention in the former and a photo of our throws was featured promoting the use of natural products (although it does rather look like they are in the mohair section). ﻿I had expected that we might have also had a mention in Alpaca after Beck Brow Explorer's Supreme Championship win at Northumberland County Show, but it does appear to have missed being reported on. I'm sure that he won't notice!
Posted by Unknown at 14:39