I've had to admit defeat. Hollywood has managed to win the challenge despite my best efforts. 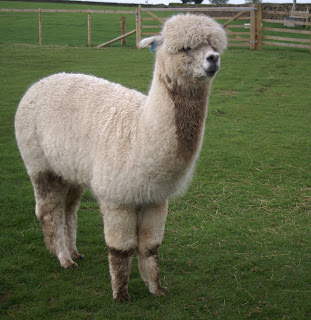 Yesterday Hollywood gave Amanda and I a lovely demonstration of how to get most of your neck into an average sized water trough. In an attempt to stop this anti-social behaviour (after all others have to share) we blocked off most of the opening.

Attempt failed ... He has obviously still managed to get one leg in at a time and half of his neck. The trough has been emptied and a small bucket is in it's place. Thanks Hollywood back to trudging water around daily. Lets hope he looks slightly more presentable for the Northumberland show at the end of the month!
Posted by Unknown at 12:44