On Saturday morning, it was the usual bright and early start; but at least I had plans for the day, instead of the usual farm watch. Paul had decided that he would rather stay home, than man our stand at Skelton Show (Paul can only smile for limited periods) so it was going to be down to me.

As I drove off, I though Katkin looked rather fidgety. So when I received a call at 8.30 am, it wasn't a great surprise to hear that she had birthed...the fact that she had had a fancy was a great surprise! This was her third pairing with St Patrick, the first resulted in a mid fawn boy, the second a black male...and now a fancy boy...consistent with the males at least!

Actually, I do think that he is rather cute. I have named him Beck Brow Snazzy...because I just think he is! Partially bottle fed because Katkin has a limited milk supply (she will now be retired) he is sure to be a favourite. 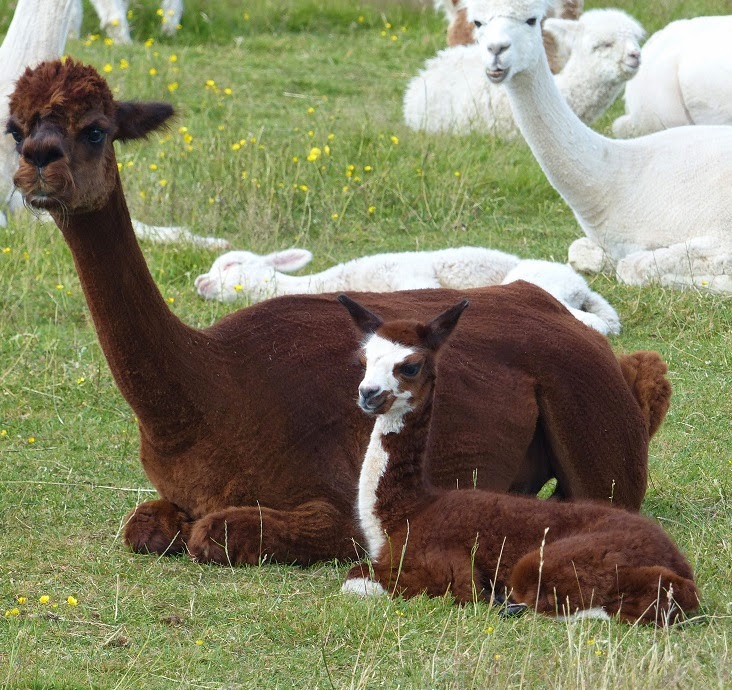 For those of you who do not follow us on Facebook; an up-date on Roma and her rejected cria: Roma did decide that she didn't fancy motherhood. She watched her cria, but just let him wander off searching for her. If he did find her and try to drink she pushed him away. So we closed the pair together in an outside pen, with Lady Gaga and Posh Pants for company.

Having read the blog about Roma on Facebook, Angela (Lignum Alpacas) suggested trying Roma with Sepia (homeopathic remedy) to calm her. We were on the case, Googling suppliers, when bingo...I remembered that I some on farm. Initially excited, Paul soon stopped that when he reminded me that the reason I had some, was because I tried it last time with Roma (Jayne from Zanzibah Alpacas had suggested it). However, it was day 3 before we managed to get hold of any last time.

I dissolved some pellets in water and gave them as a drench. In the meantime we fed the cria with cows colostrum, but he stuck close to mum. She may not have loved him, but he certainly loved her. If she sat down...he sat down close beside her...she had no choice but to be near him. The next morning, not keen to take a bottle, I decided that he must have had a feed from Roma. I decided to take the chance and let them out into the paddock (having given Roma more Sepia). Well, she was frantic...frantic that she was going to lose him...result! The most attentive mother ever. I have named him Beck Brow Asterisk...a little star! 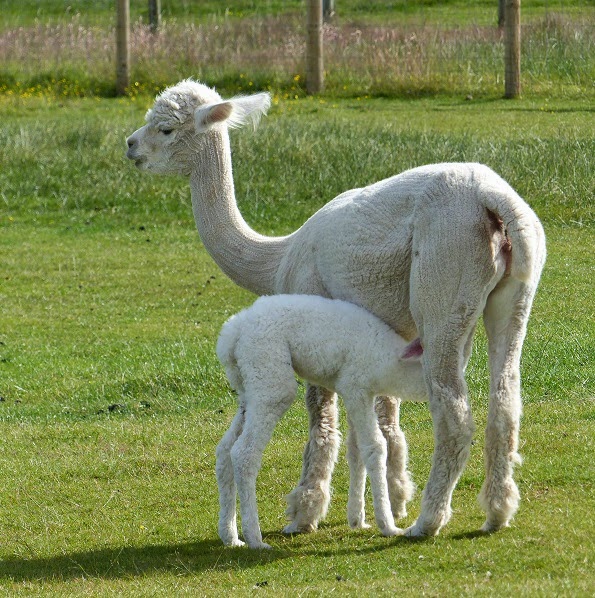 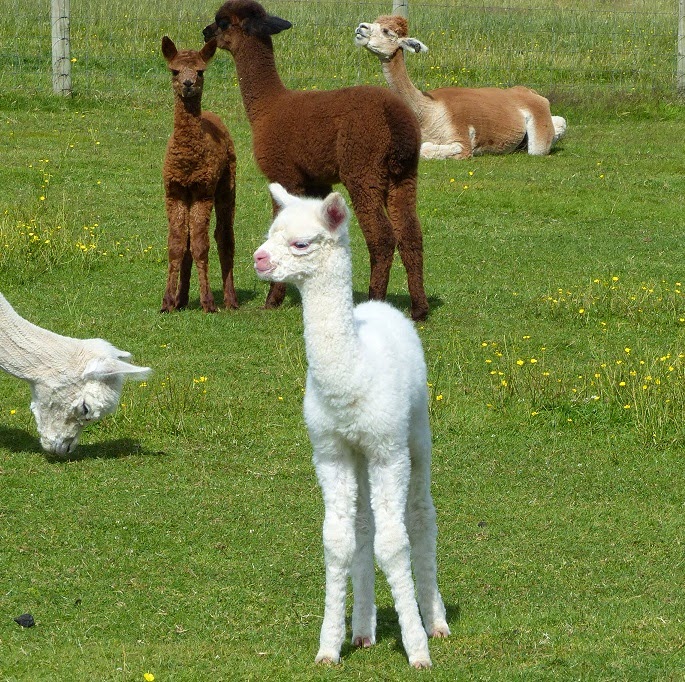 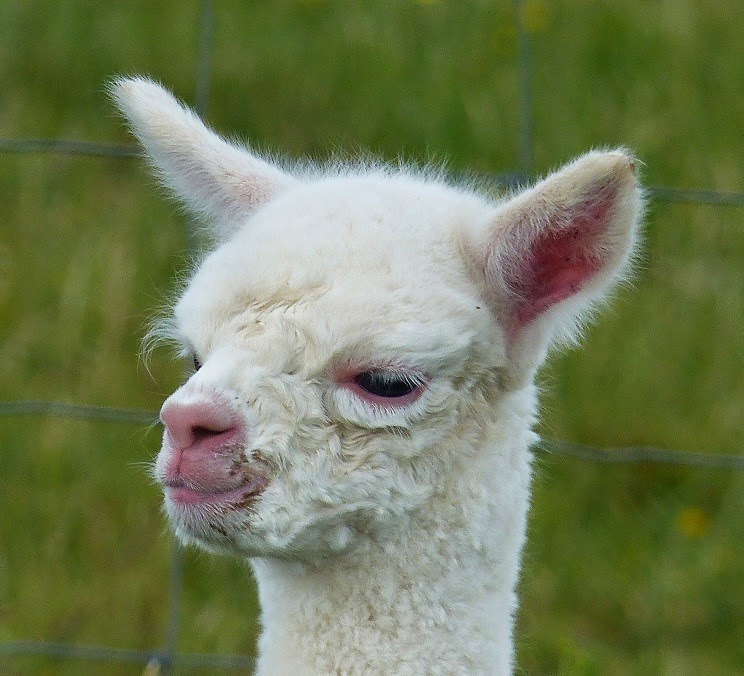 and another with milk dried chops!

I have decided that we are going to start putting in ear tags. I really don't like the idea, but as Paul points out, when I am away from the farm, recognition is difficult (and that is not just immediately post shearing). So, I have the tags...and the applicator...but no nerve. I did do the microchips, and managed to stab my thumb, which I thought was just revenge! I have decided that Paul will be good at tag insertion! 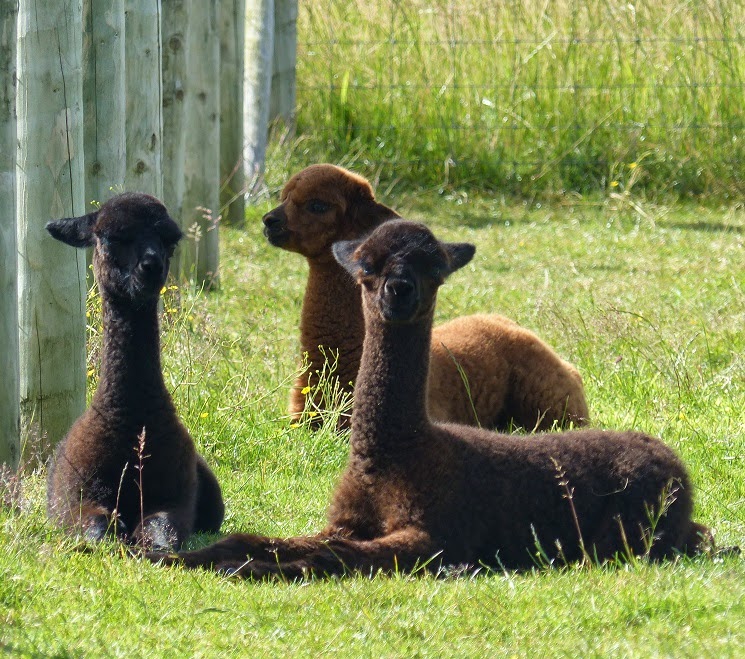 Beck Brow After Eight (left) was the cause of my microchipped thumb.

Still, my favourite, is Beck Brow Bottoms Up...she is such a sweetie...and a curly wurly. The patch where her fleece was shaved for her plasma transfusion, shows the amount of organisation in her fleece. Looking forward to seeing how she develops. 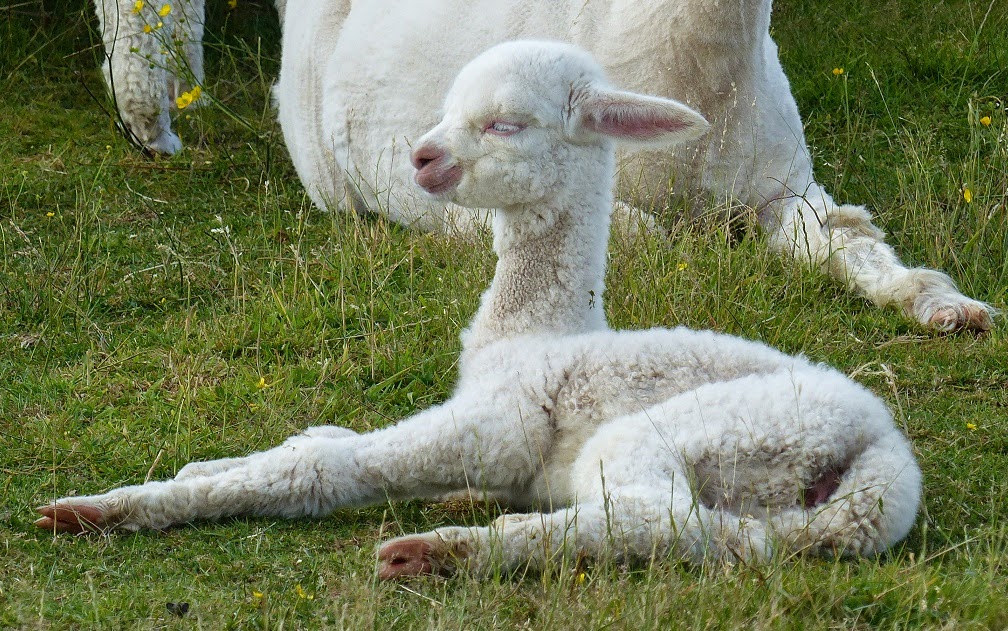 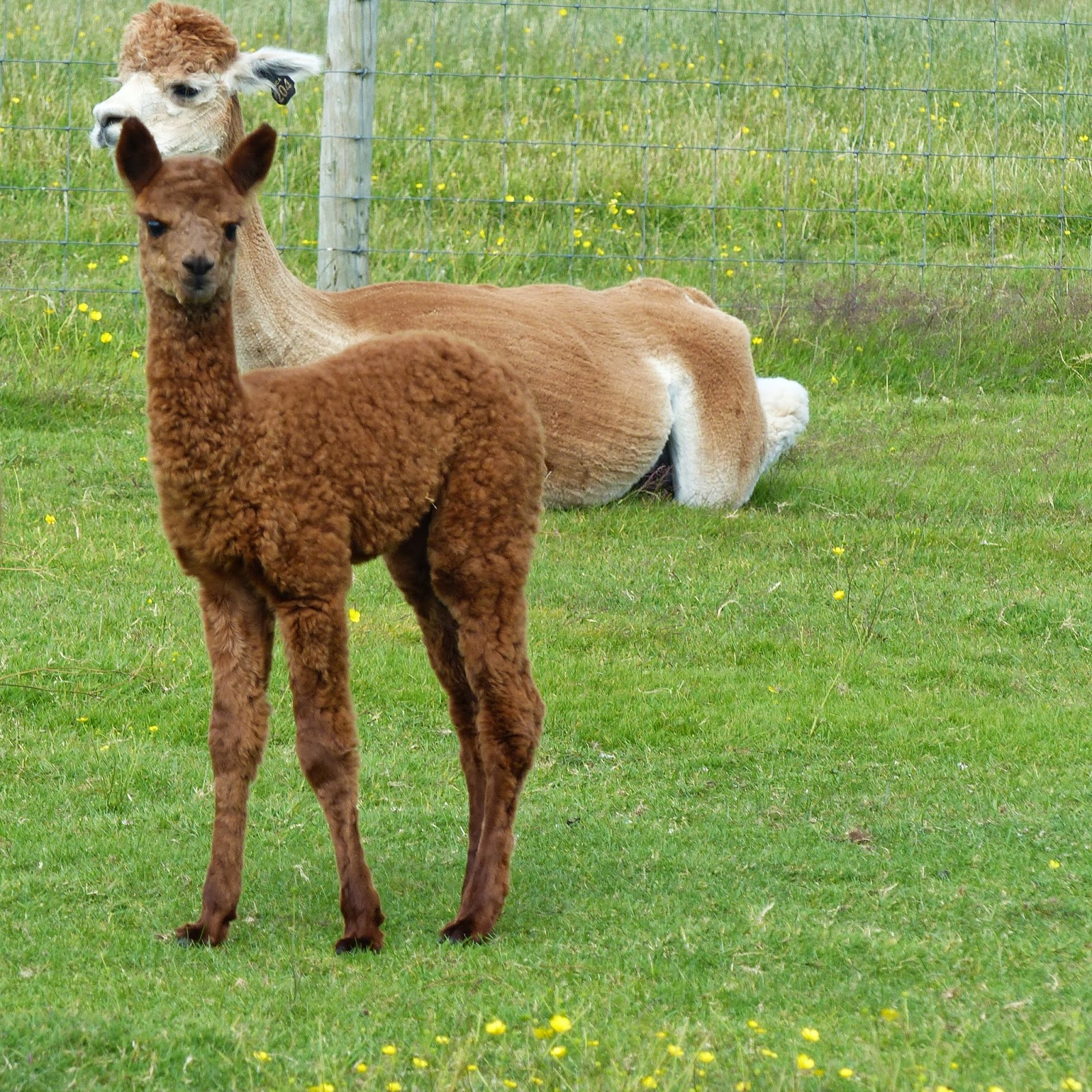 Lots of matings have been taking place on the farm; with our own, livery, and client's females, the air has been filled with ogling. This means that formal spitt-offs are often not necessary, as the open females plonk themselves down, when matings are going on. First in this queue, and this has been for the past few weeks, has been Beck Brow Cat's Pyjamas (Supreme Champion at Northumberland Show this year)....so she has had a date with Timbertop CT Goldmine ET...a St Patrick x Goldmine...now that will have me excited for next year!
Posted by Unknown at 15:42