Garland has a tough time.

On Saturday I decided to give myself a day off. Ben (son) was home from London, so along with baby Hettie and Robyn we headed off to the outdoor pool at Lazonby. After a couple of hours, with the sun shining, I was just thinking how nice it was to have, a non-alpaca related, day off from the farm...it was at that point we received the call...Inca Garland was in the second stages of labour and it wasn't progressing...everything was thrown into the car and we dashed home.

Paul had called the vet who arrived at the same time as I did...so there was I, in a bathing suit, kaftan, and flip-flops...holding Garland whilst the vet, dressed in the appropriate protective clothing, tried to get the cria out. Poor Garland it was a tight fit, and she wasnt dilating...eventually a beautiful fawn female was delivered...and although bruised and sore, Garland was not torn.

Garland was given pain relief and antibiotics, and the cria who was a bit dopey, was given bicorbonate of soda, steroids and later some vitamin B1. She was bottle fed cows colstrum as Garland was rather too sore to be thinking of feeding.

Unfortunately that was not the end of the trauma for Garland as she failed to pass the placenta. The next morning we gave a dose of Oxytocin, she kept straining and was obviously very uncomfortable, but no placenta. As Paul had gone mobile mating with St Patrick first thing, I was on my own...umming and arhhing ...when the  three females booked in for drive-by matings arrived, with their owners of course...opinion was sought.

Their females hadnt even been unloaded...their owners had never been to the farm before...but the decision was made to see what was happening. I wont go into detail...but one of our visitors was doing the back end inspection, and ended up in the boot room, in her underwear, with her clothes in the washing machine. That was within 15 minutes of arrival...what a welcome!

The vet was called and a uterine washout was given, the placenta was rupture but did come away eventually. She was then given an antibiotic washout and started on Marbocyl. After all that Garland loves her daughter (Beck Brow Dixie Chick) sired by St Patrick, and she is feeding her and smoothering her with kisses. 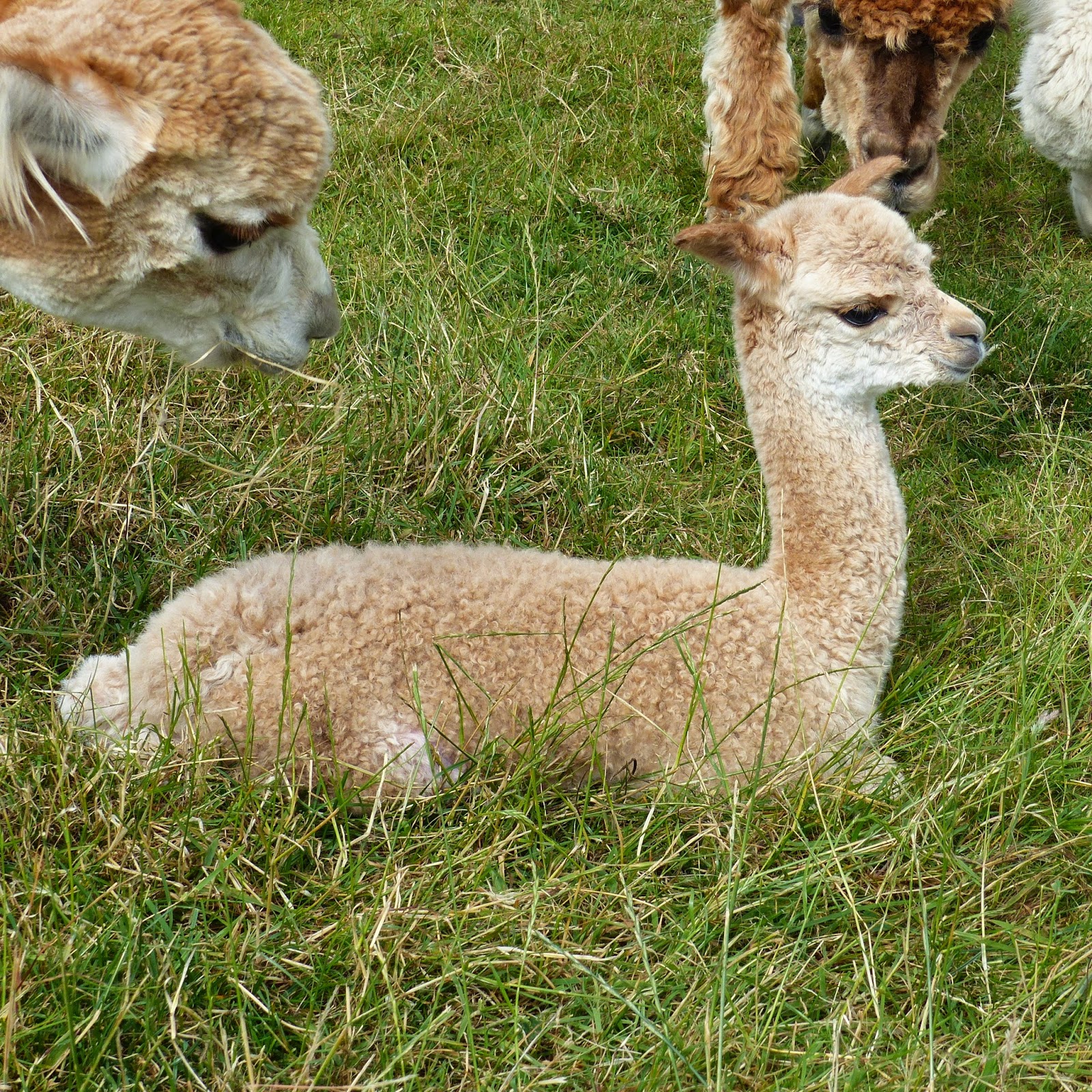 After hearing last week that Nero Black Alpacas had had a lovely fawn St Patrick male, from Nero Black Rose. This week black cria from our boys, seem to be the order of the day. Prince Bishop Alpacas reported the delivery of a beautiful blue black female from Beck Brow Sophie (fawn) and Waradene St Patrick (fawn). Today Eden Valley Alpacas have also had a blue black female from a dark fawn dam (sire; Viracocha Black Sabbath). And earlier in the week, Amanda (Florens Alpacas), had a blue black male from a light fawn dam (pictured below) 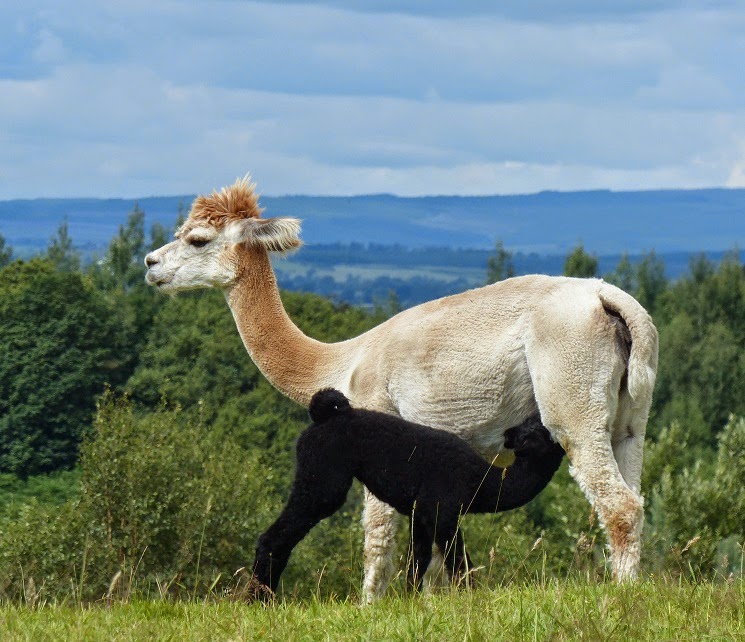 We also managed to get the hay in. We only cut 2 acres and managed to get 295 small bales...not sure what we are going to do with all the rest of the grass...thinking we will be able to get it big baled and sell some.

Hopefully we will get some births this week....some of our key players are now due...come on girls!
Posted by Unknown at 18:59