A quick catch-up...well as quick as I can be when I have been rather slack with the blogging!

At some point since I last blogged we had our fifth female of the year. What a start to the breeding season! Holly had a lovely fawn Waradene St Patrick female, who was up on her feet and looking like she owned the place within no time...thats St Patrick cria for you! 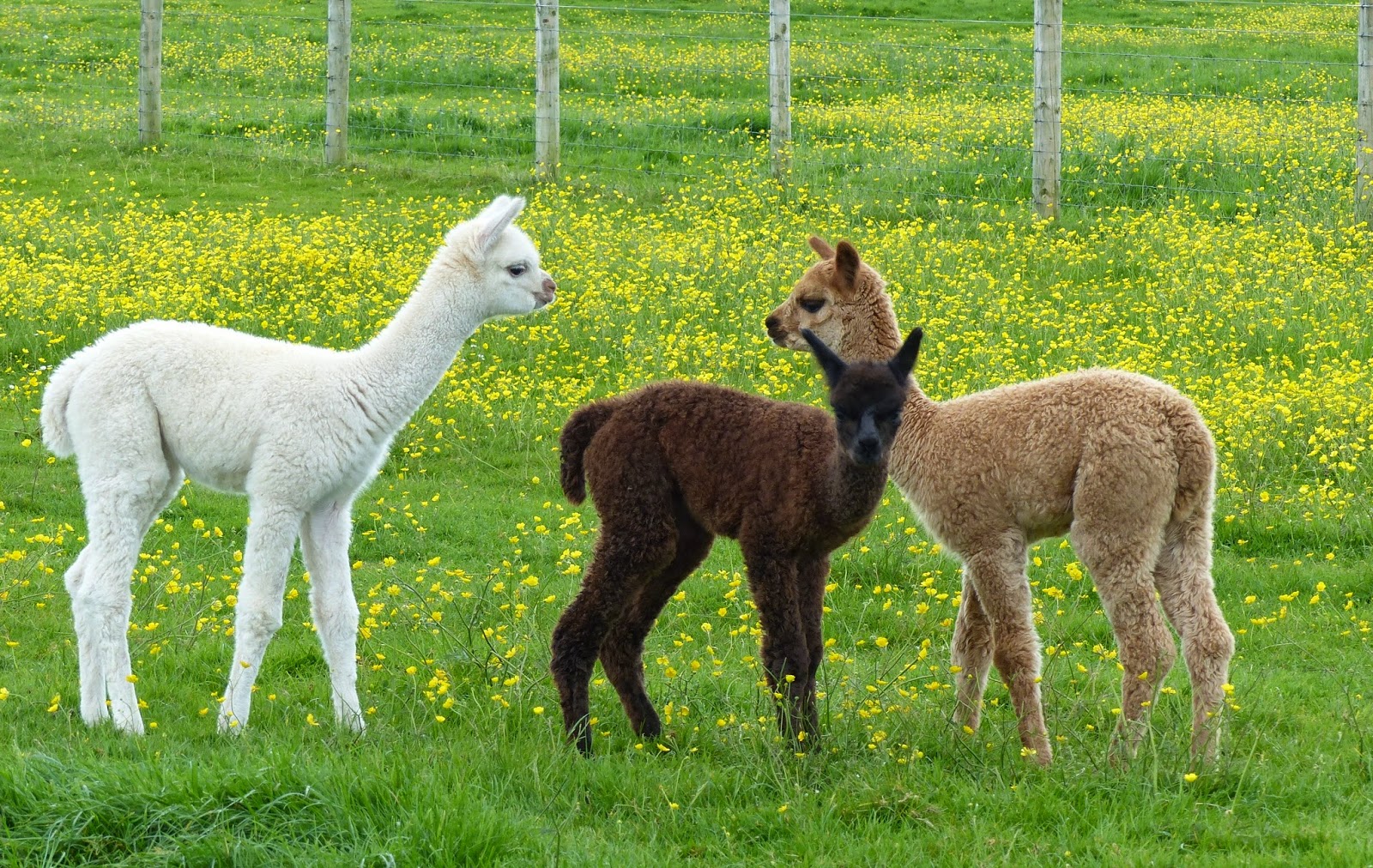 On Wednesday we had our shearer (Ben Wheeler) arrive at 7am. As we had more that a day's worth of shearing we decided to concentrate on the pregnant females and stud males (who desperately needed their fleeces off to get working). Then at 3pm I left Paul and Amanda in charge (Paul armed with microchip reader for recognition post shearing!) as I headed off to Shepton Mallot for the Bath and West Show, where I was to be apprentice judge, to Mary-Jo Smith.

Fortunately it was a leisurely start on the Thursday, as I hadnt arrived at my destination until 10pm. I had a fantastic two days, learning so much from the experience, and I also managed to catch up with lots of folks. Bath and West is a great show and the alpaca section was so well organised...just a shame it isnt a bit closer!

I then travelled back ready for shearing part two. We were up at 6am ready for action, but we had been beaten to it, for there was Willow with a cria born and already standing. Willow belongs to Wiseman Alpacas, who now are the proud owners of a gorgeous brown male sired by Anzac Almost Illegal (who does appear to be rather good at producing brown!) 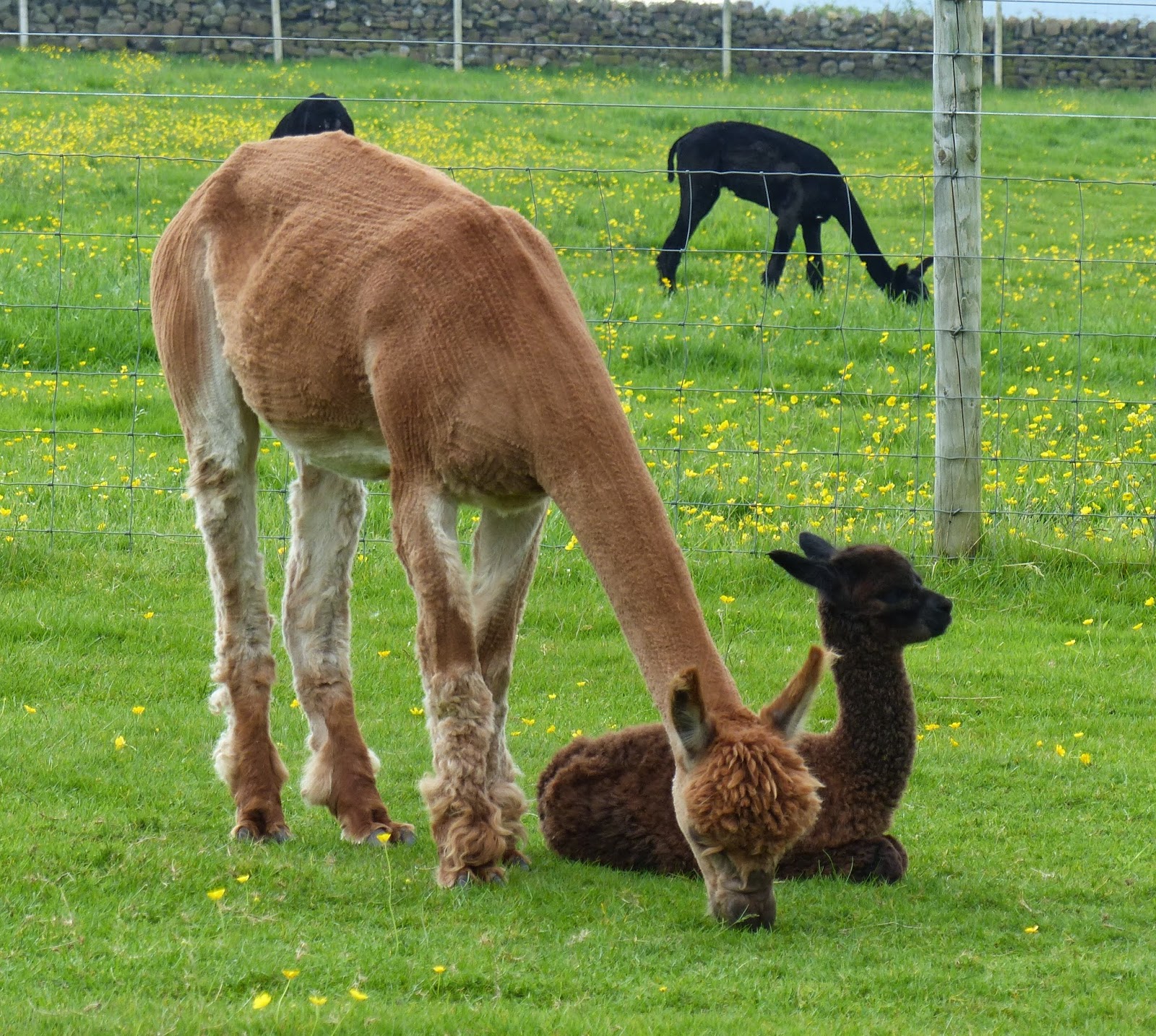 It was the turn of the weanling boys to get shorn at the weekend...they look so comical shorn and even I am finding it difficult to recognise everyone. I think this is a photo of Epic below...what do you think? 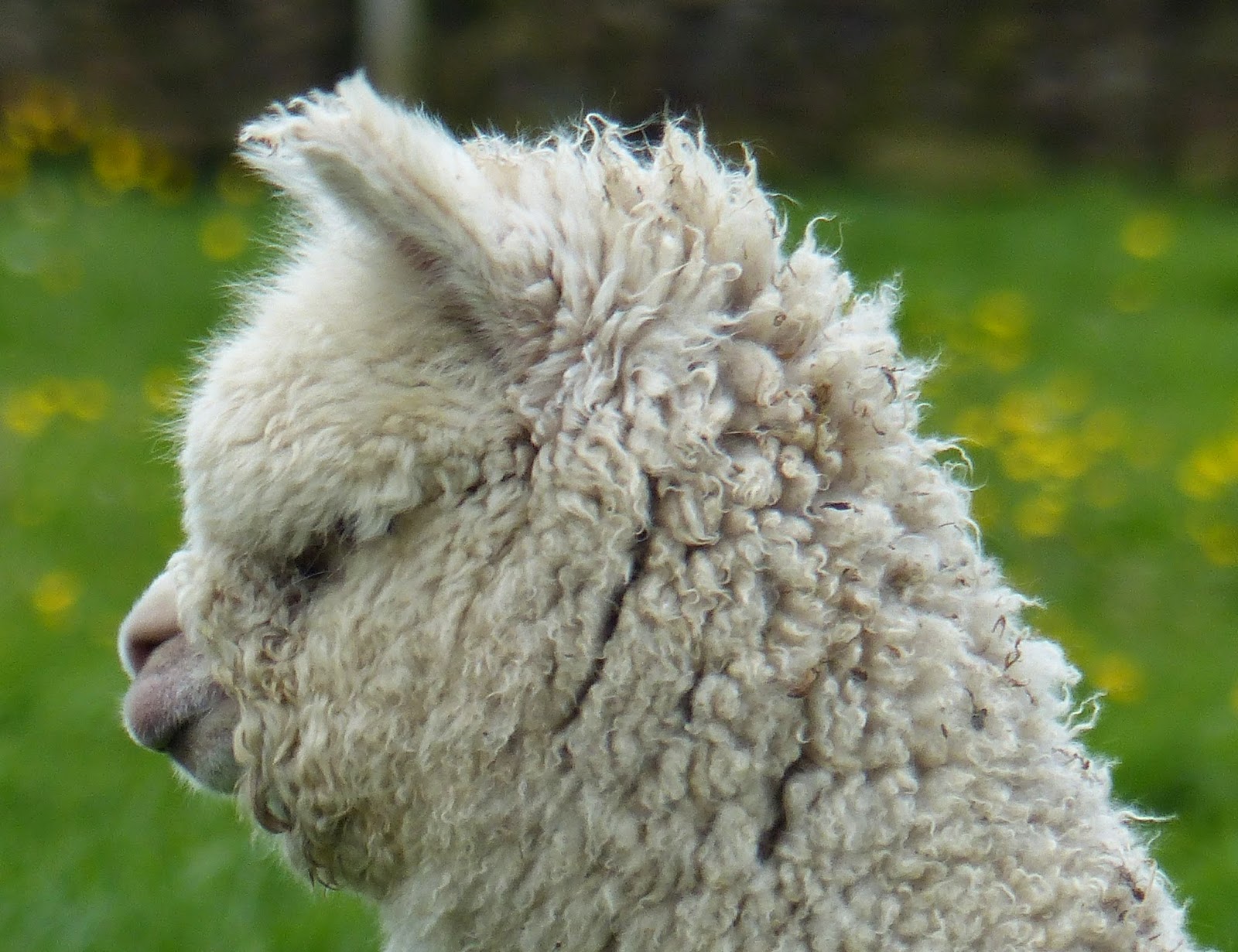 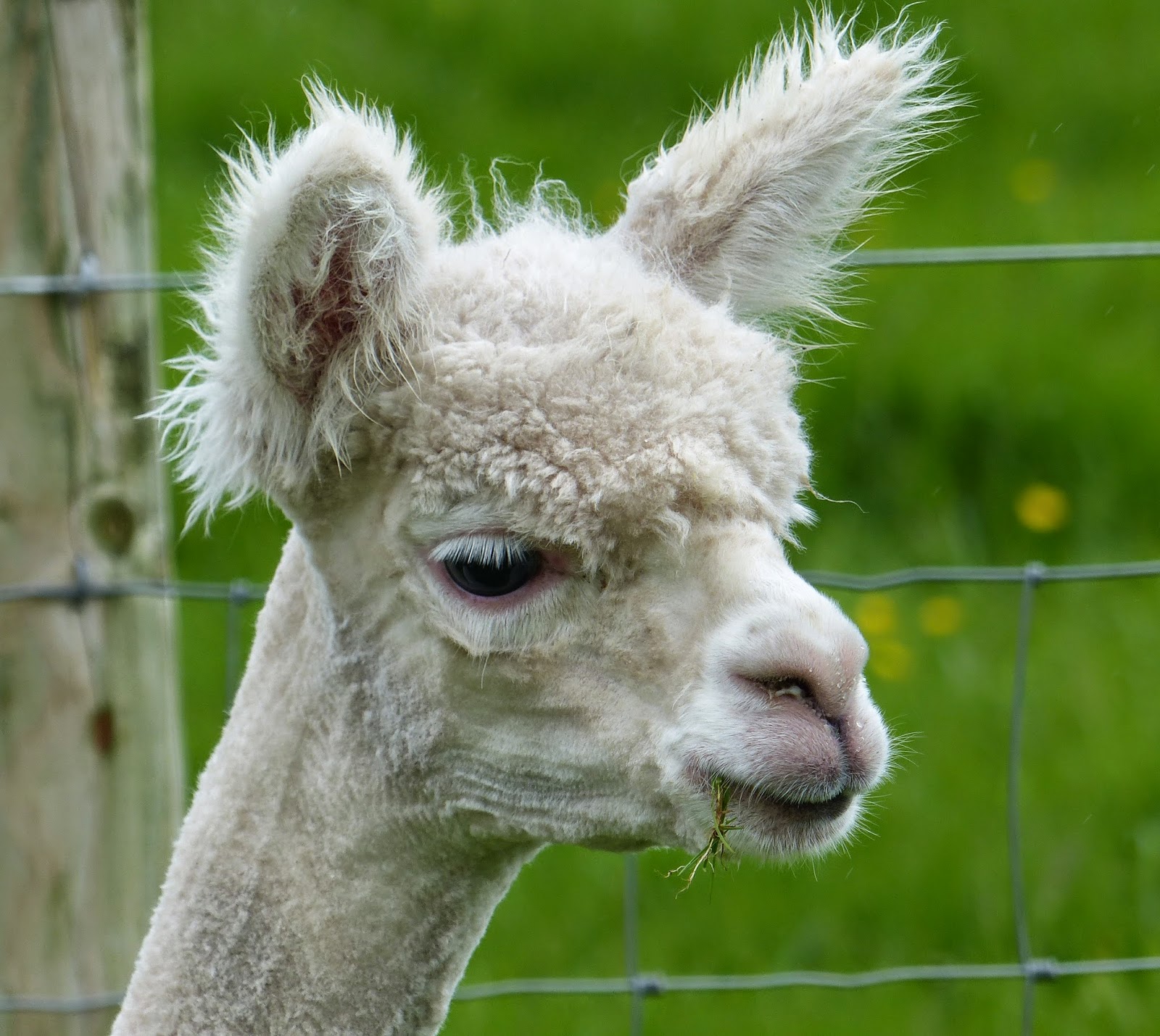 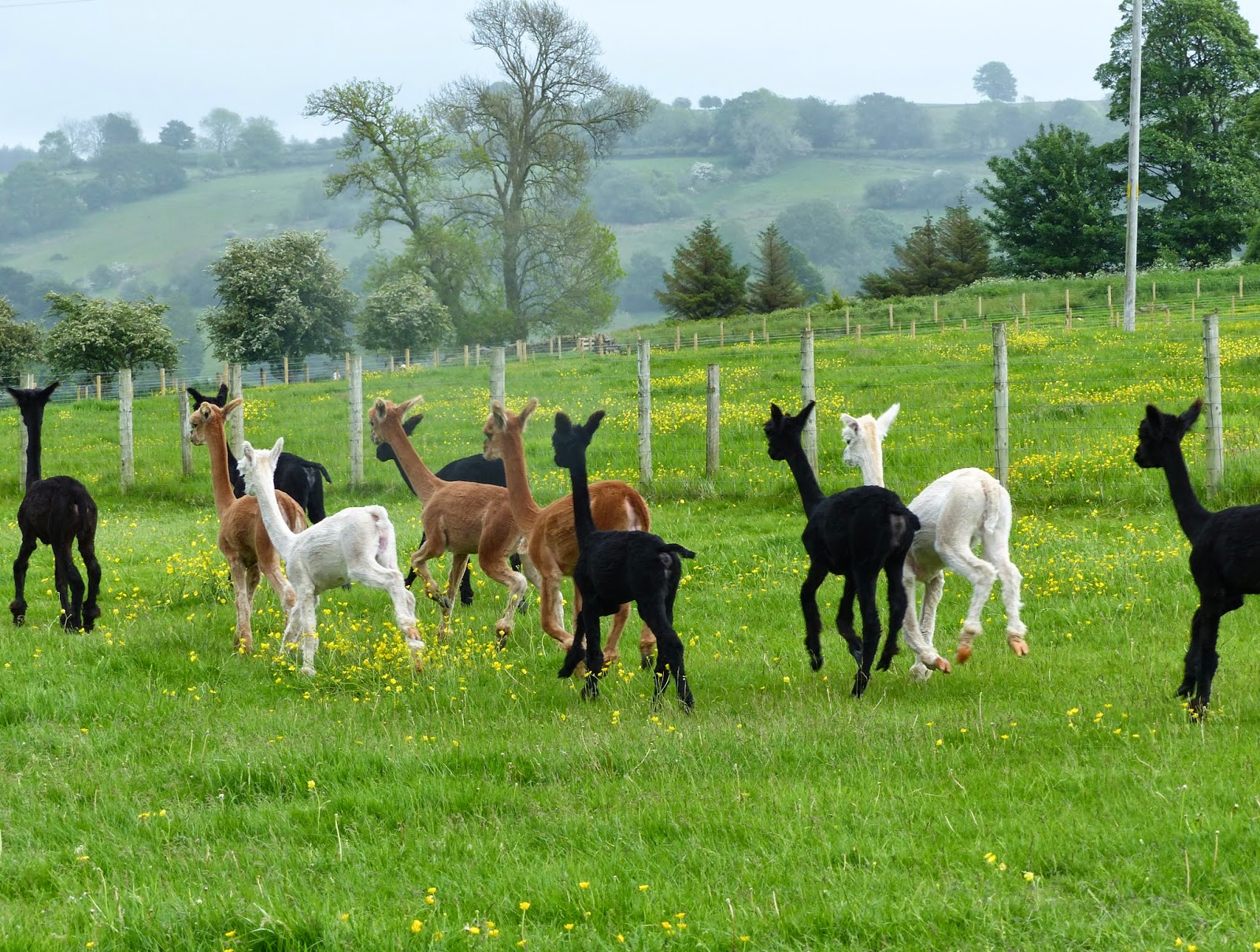 The weanling boys all shorn!

In amongst all the activity we also had Northumberland County Show on bank holiday Monday. We were lucky with the weather, after days of rain (we had to get towed on to the show ground) the sun shone down. Another well organised and very enjoyable alpaca halter show. We had a very welcome surprise when the judge, Shirley Bettinson, awarded the Supreme Championship to Beck Brow Cat's Pyjamas. So aptly named... for she sure does think that she is! 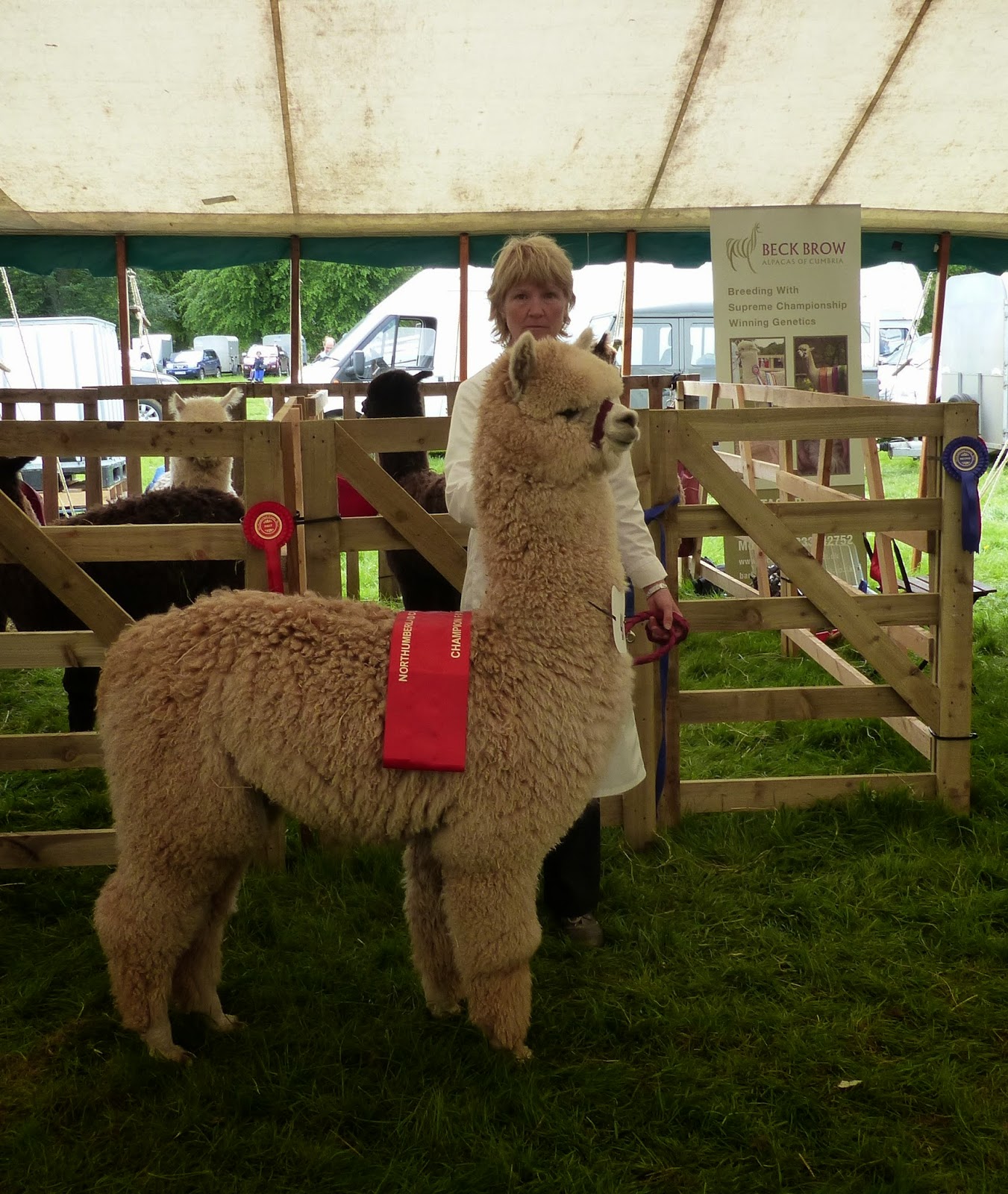 Cats has a full sister born this year (dam; Ep Cambridge Lady Gaga. sire; Waradene St Patrick) whom we have named Beck Brow Posh Pants...as you can see in the photo below...another one aptly named!
By the way we seem to have been over taken by Buttercups all of a sudden! 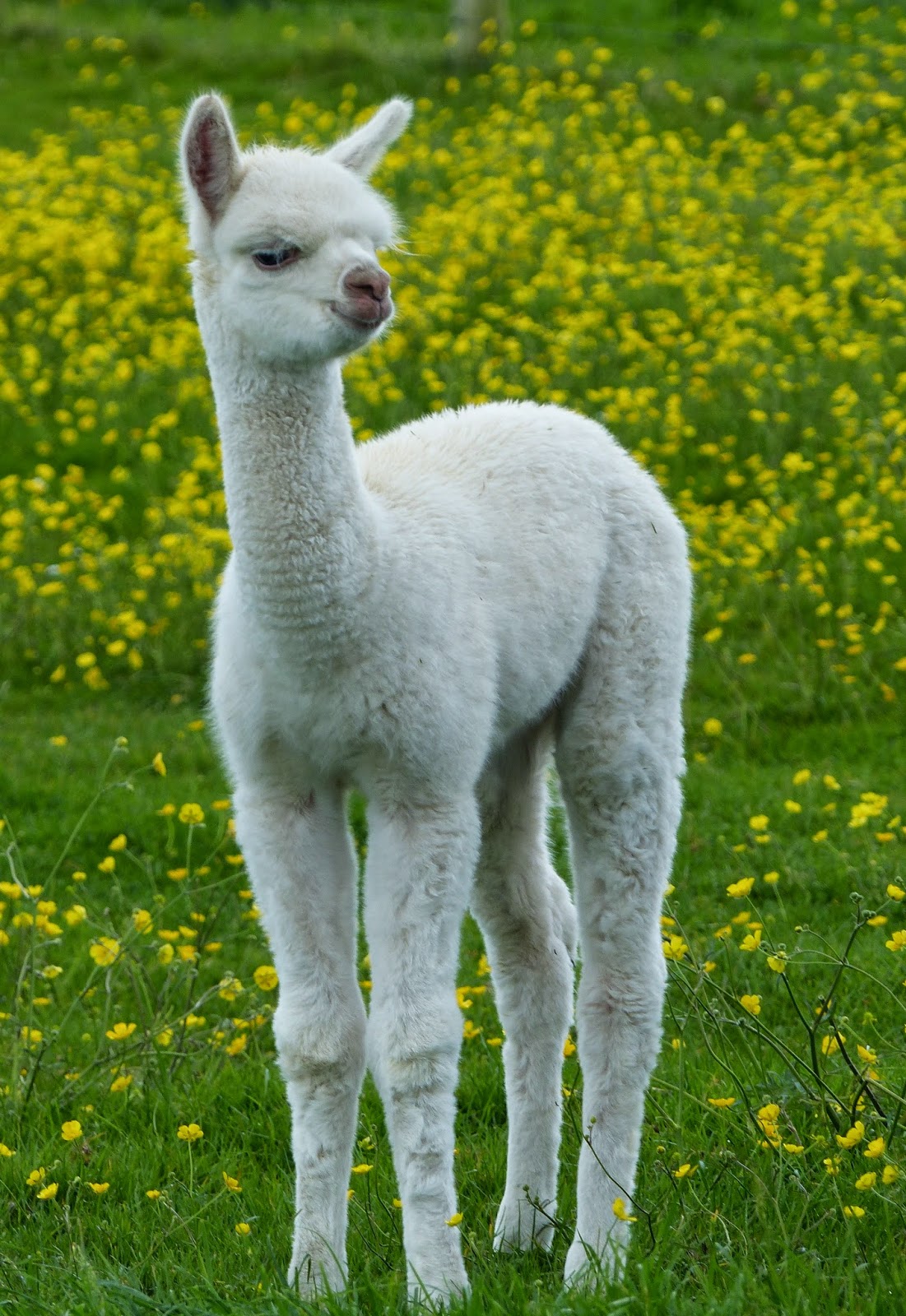 Lastly, just because I get accused of having super clean alpacas...Ep Cambridge Courtesse... 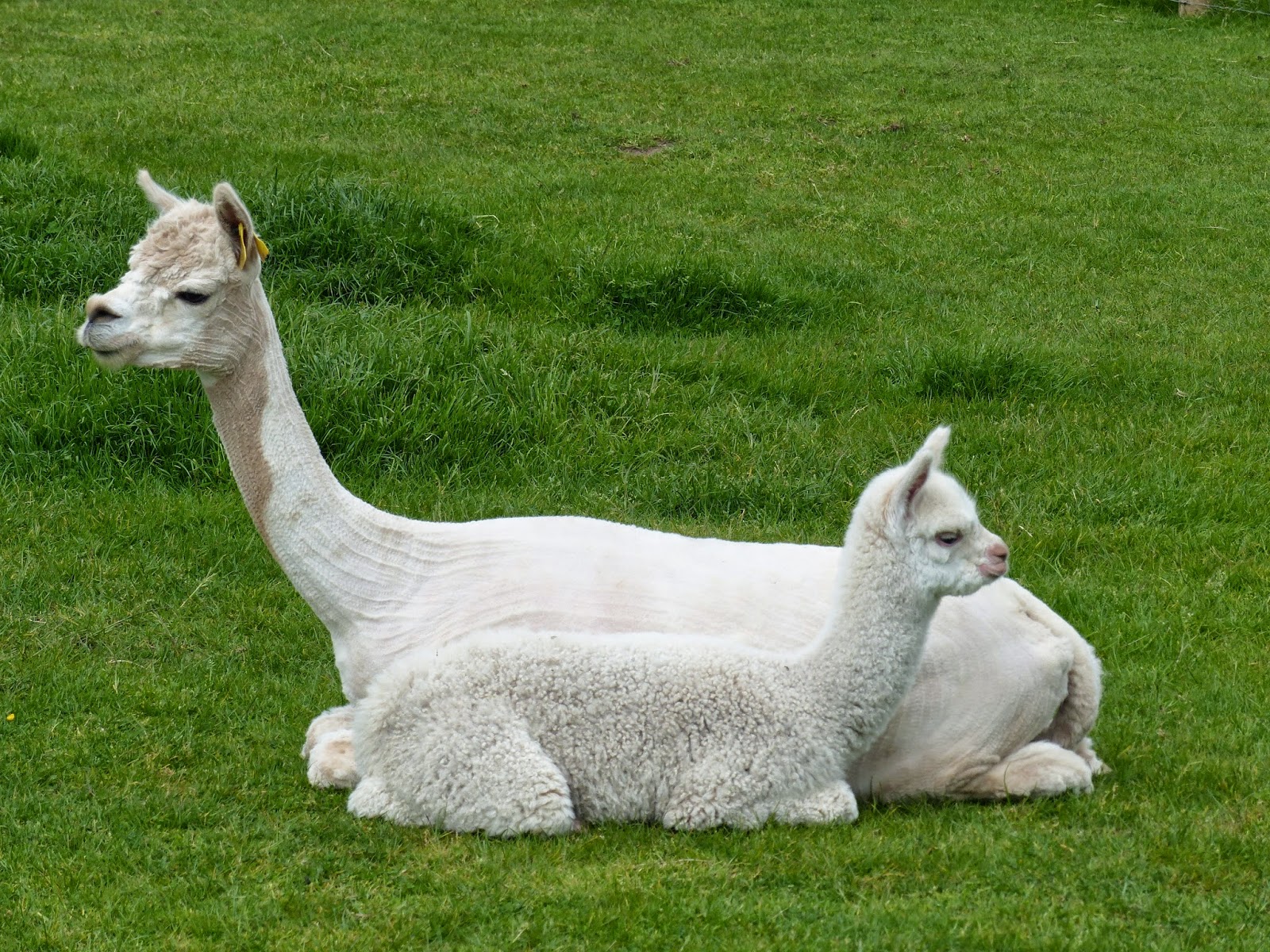