How lucky we are..the weather here has been glorious this week...and the alpacas have been loving it (ideal pram pushing weather too!)

Whilst most of the alpacas are looking much improved after a dry spell, the same can not be said of Epic. He seems to have dunked himself in the water trough then rolled in some leaves. Just as well he isn't going to the BAS National Show! 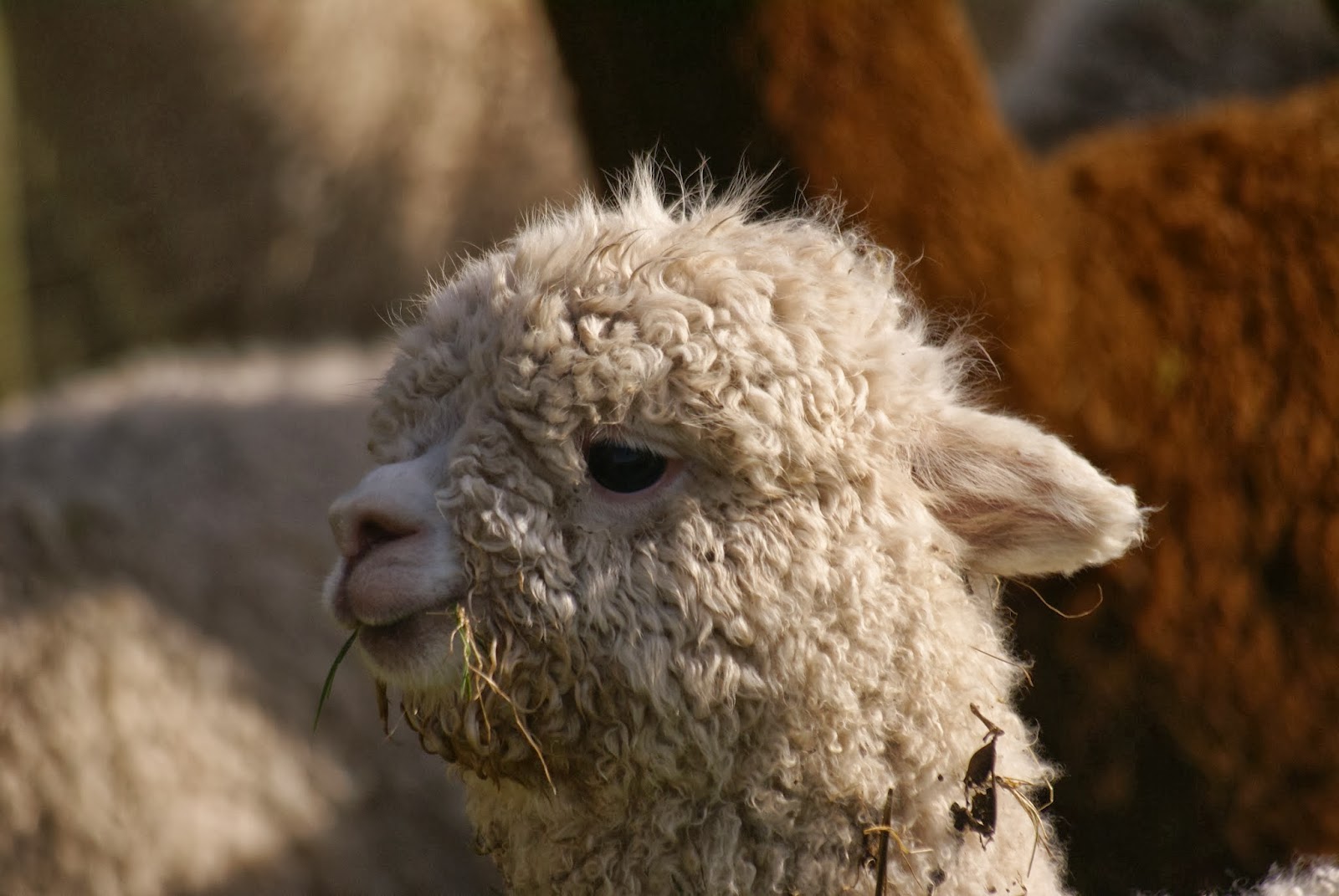 The good weather does seem to have got some of the maiden females feeling a little fresh. There has been all kind of antics going on in the female paddocks. Here we have Beck Brow Snooty Boots putting on the macho act...with Wiseman Sweet Coco in submission. 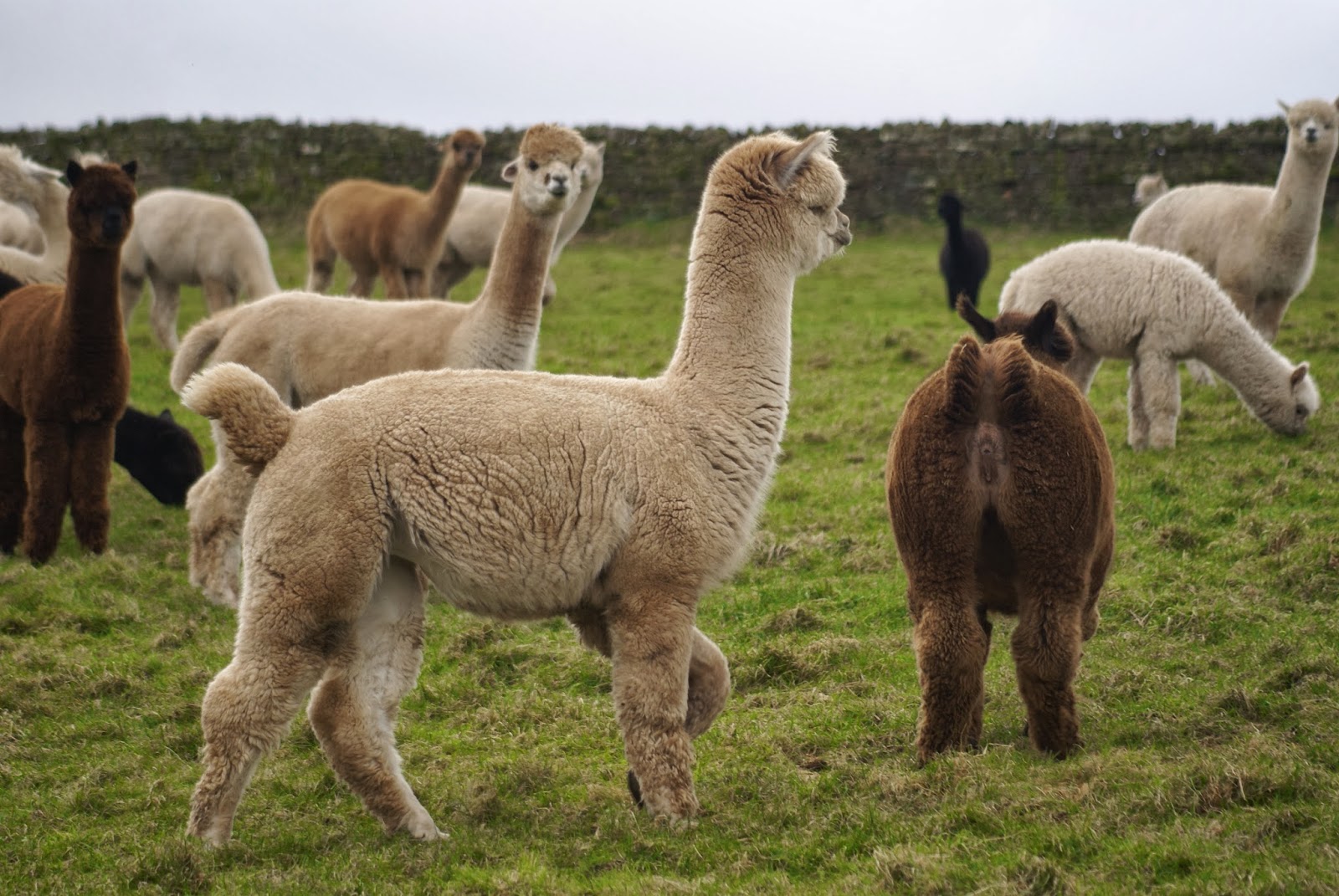 It is such a relief to be able to let the weanlings out, knowing that the weather is nice. We have been rather worried about Kingwell Pheonix, who has lost 4 kgs post weaning (in December). Nothing we did seemed to aid her gaining any weight.

She had faecal samples tested...nothing found. All the same she was treated for round worms, tape worm, coccidia and liver fluke. She has had no signs of infection (temp normal) but had antibiotics just in case (naughty!). She did stand with that humped back stance, but had no signs of rickets; as in stiff or swollen joints. She has perfectly straight legs. She had regular AD&E and selenium. She eats haylage (but reluctant eater of any hard feed).

I was just about to ring the vet to come and take some blood for analysis, when I remembered that Hoity Toity had presented in a similiar manner 4 years ago. Her blood work at the time, revealed a vitamin B12 deficiency...Bingo!...she has had an amazing transformation in her appearence...and she has gained a kilo already!

There seems to be very little else in my head (other than granddaughters of course) than shows at the moment. After the National Show, we have the NWAG Alpaca Championships, then Showtime, follwed by the HoE Fiesta. So we are trying to vary the show team a little. Consequently, we now have Bozedown Campari to halter train...on top of the 35 weanlings! 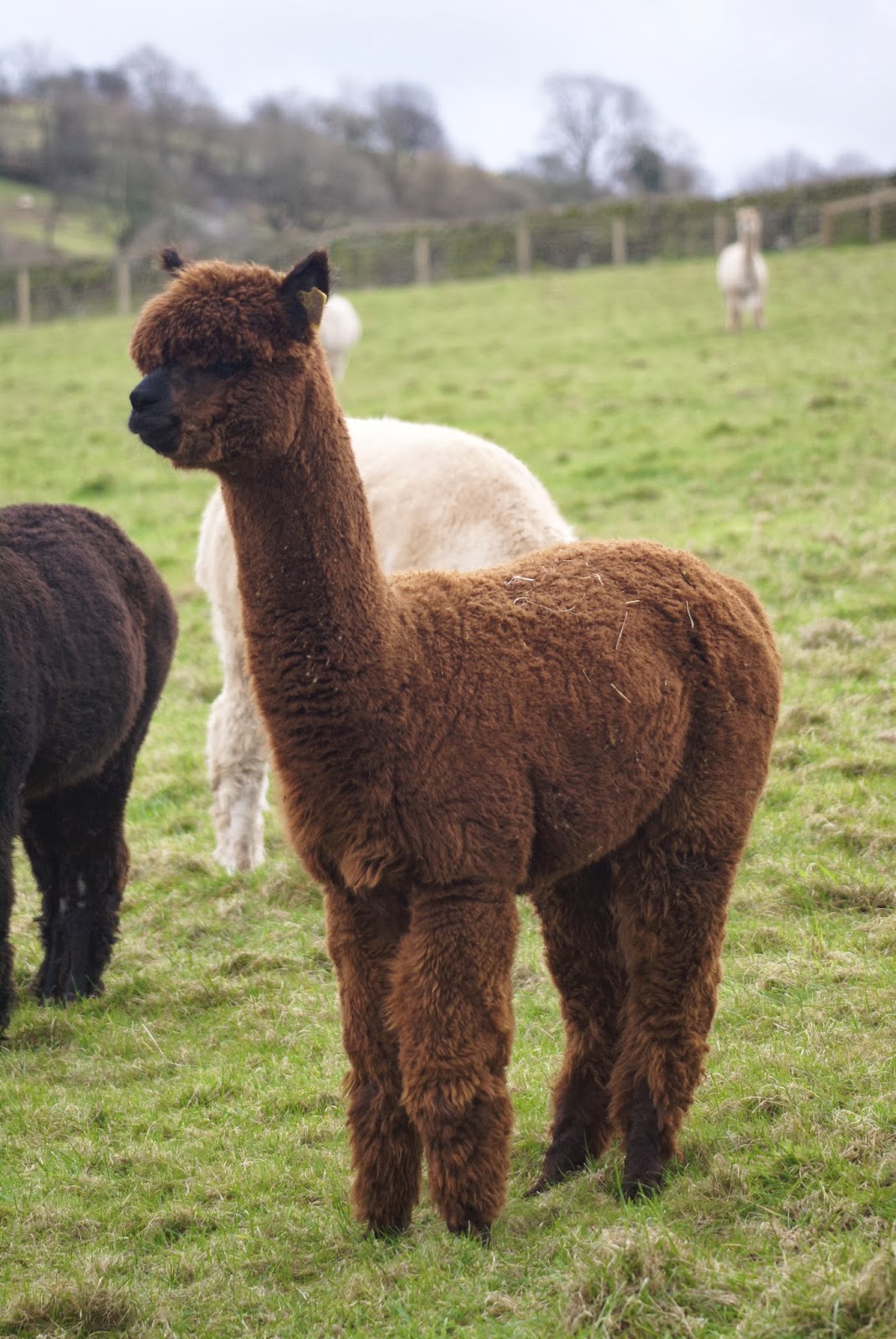 In between all the show planning, I have been having the occassional excited moment about our two Windsong Valley Firedragon females, who will be arriving in the UK very soon. We purchased Cambridge Stargazer (who is now pregnant to EP Cambridge Spartacus) in November 2012, so it has been quite a wait. We then decided one was not enough, and purchased Cambridge Summer Solstice (fawn) as well. She will be getting a date with Goldmine (Stargazer with Explorer) this summer

Well, I had better get packing. I am off down to Telford tomorrow, ready for helping set -up for the BAS National Show on Friday. I think everything is in place for the show, however my show team have been rather neglected. Beck Brow Boxster is having to stay at home on this occasion, as we havent got him halter trained (whoops I think we forgot about him). Plenty more shows!

Here's hoping I get a good night's sleep... and don't have anymore stupid dreams... about Prince Harry coming and causing havoc at the gala dinner!!

Hopefully I will see some of you there. Good luck if you are showing!
Posted by Unknown at 17:10