Bozedown Campari and the Pea Pods

We were up bright and early on Saturday morning, ready for our four hour trip down to Bozedown Alpacas. An exciting day lay ahead, with eighty seven 2012 born females to chose from I wanted a clear head. Well that was the plan...we were to leave at 06.30 hours...we actually left at 10.30 hrs. We found poor La-Di-Da flat out in the paddock at 06.00 hrs. Unable to stand and in severe pain, we gave here Finadyne and Buscopan. Poor little thing was running around in to fences, and throwing herself on the ground. Although Robyn and Craig were kindly looking after the farm, I wanted to make sure she was okay before we left. A very nasty case of colic.

So we arrived at Bozedown later than expected, but with ample time for a good explore. I knew I was going to find it hard to resist such high quality whites, but had in mind finding a fawn for Timbertop CT Goldmine. However, I just couldn't stop looking at a beautiful brown female, and I wasn't in the least disappointed when I got to see her fleece. Bozedown Campari is a daughter of Bozedown Bourbon and has the most delicious buttery soft fleece, which is very uniform in micron. Extremely impressive for her colour. Fleece stats: MD: 17, SD 3.2, CV 19 CF 100%. A very exciting addition to our coloured breeding programme at Beck Brow.

I did put this photo on Facebook and it was noted that Paul looks rather less excited...I looked through the photos...and believe me this is the best!!! 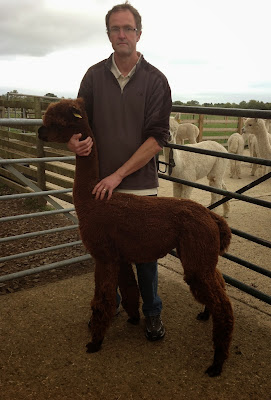 Whilst we were away, the last birth of the year took place at Beck Brow. Not belonging to us, but a livery female, Razamataz had a lovely Black Sabbath male...yes more boys! 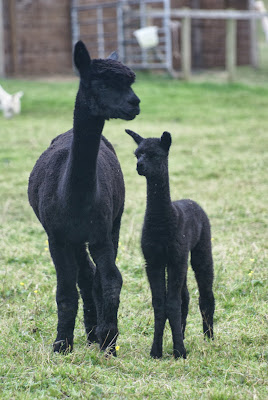 Razamataz with her Black Sabbath male.

We have had six Beck Brow Explorer progeny (3 females and 3 males). It is such a joy to see the offspring of our first home bred stud male. Here are the Pea Pods... 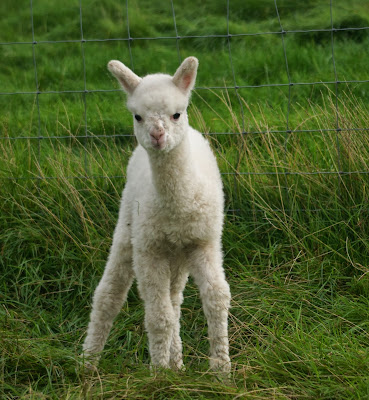 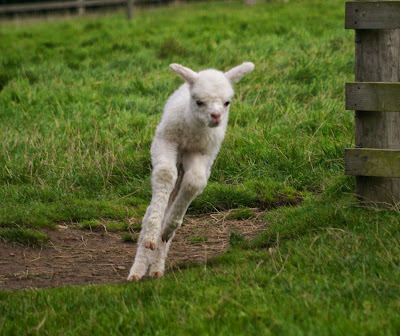 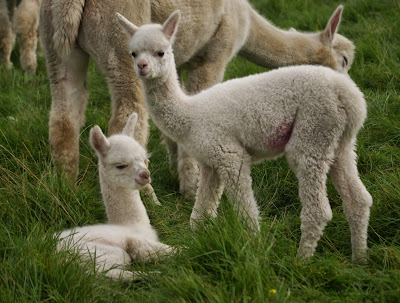 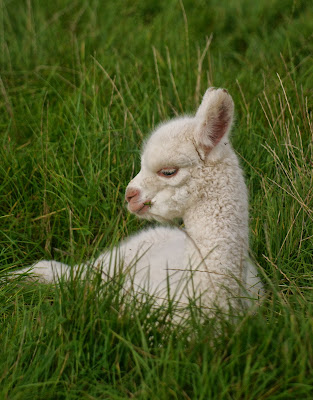 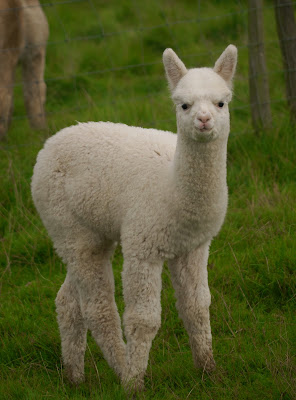 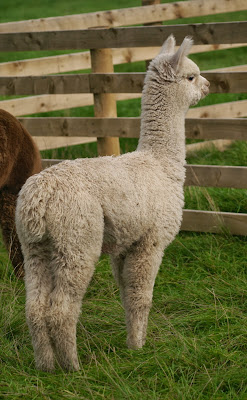 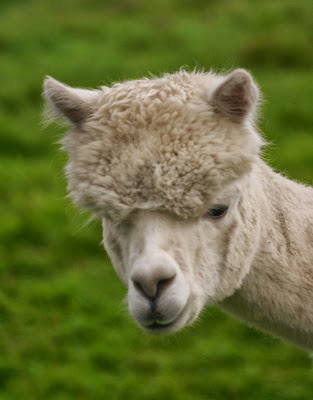 Adelle, an adorable first time mum, who spends all of her time looking for Epic 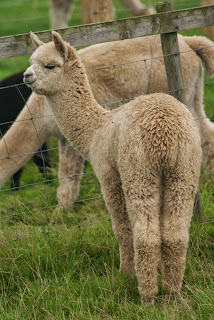 Paul is struggling to find the time to get on with the belter (across between a barn and a shelter... as identified by Mark). We now have a concrete floor, but no other progress. Luckily the weather is being kind. 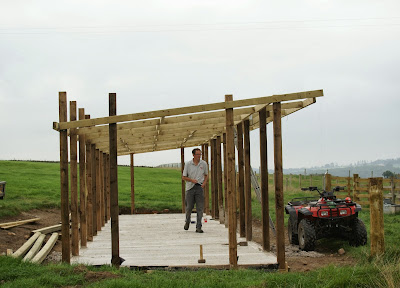 Has Paul lost his tools?...progress is slow!
Posted by Unknown at 18:14