I did mean to write this blog on Monday night hence the title...I also meant to paint the downstairs loo and update the online shop this week...but the sun has been shining and it has been no weather for inside jobs.

So back to Monday....after no action on the birthing front over the weekend when everyone was home to help if need be...it was all go on Monday, when I was on my own! First off was Katkin, who has always produced fawn cria in the past, and being pregnant to Waradene St Patrick I was expecting the same again...but carrying on with the trend of St Patrick adding colour...she produced a lovely black boy.

Katkin was followed an hour later by her daughter Parisien (owned by Robyn and Craig), who also produced a St Patrick son. This time a medium fawn. In amongst all this I received a phone call from Carole at Prince Bishop Alpacas to say that Finesse had produced a St Patrick male at 310 days gestation, and that the cria was extremely weak.

So having ensured that both of ours were okay, and looking rather green from spraying the cord of Parisien's cria (she was rather anxious!) I jumped in the car armed with frozen plasma and colostrum and headed off on the hour and half journey to Prince Bishop Alpacas, mindful of the window of opportunity to get some colostrum into the cria. Thankfully I passed Paul coming home so knew ours would be watched over. I arrived not smelling my best, but in time to get plenty of colostrum fed before the cria was six hours old.

Poor Carole had been in the hairdressers when she received the call to say the Finesse had birthed a month earlier than anticipated,and left with her hair half cut. Their first birth has been a steep learning curve but they have done an amazing job. The little fella was obviously very premature and was weak and down on his pasterns, but had a real will to live so fingers crossed.

We have noticed that all of St Patrick's cria have a strong will to survive. It is interesting in the paddock that it is always his cria who are playing together, even at a day old they are joining in the antics. Our mischief of the year is The Crafter who is constantly getting told off, although Galaxy (his dam) turns a blind eye to it all. 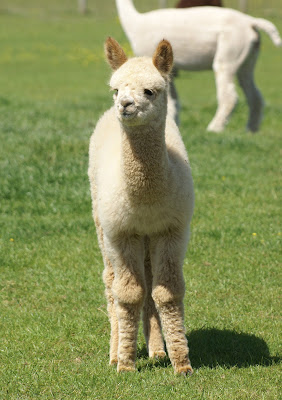 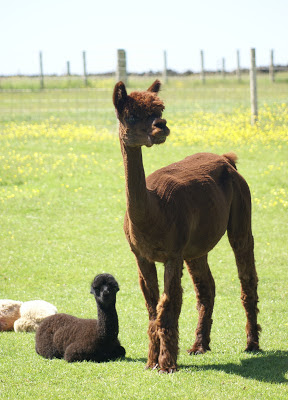 Katkin and son (and somebody sunbathing behind!) 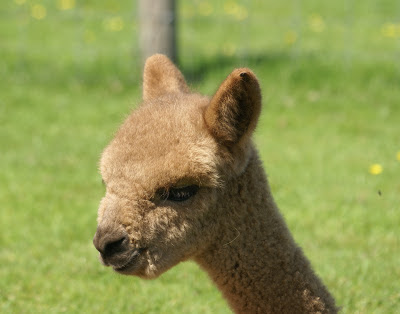 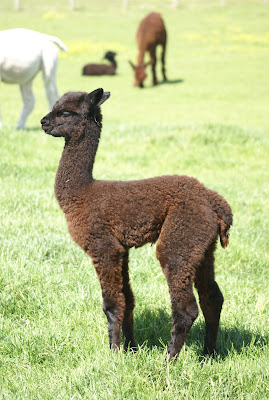 Beck Brow Idris (sire Lillyfield Jack of Spades) strange stance I think he was about to go to the loo (and someone looking very due behind!) 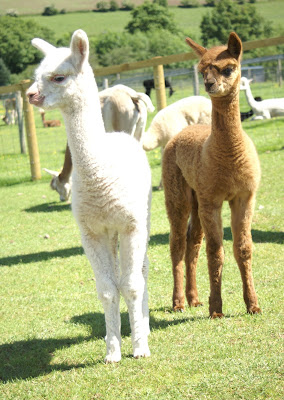 We have heard that our Black stud male Viracocha Black Sabbath had had his first cria (a female) at Anzac alpacas...I am told that it is a 'ripper'...I think that is Australian for darned good!
Posted by Unknown at 09:15