We received some very exciting news last night; our recently purchased stud male who is presently in New Zealand, has passed screening and will be arriving in the UK in September. This male is exactly what we have been searching for and we are very excited about having him join our Beck Brow stud team.

Timbertop CT Goldmine ET has such sought after Australian genetics. His sire is the awesome Patagonia Celtic Triumph (sire Shanbrooke Accoyo Tulaco) and with Purrumbette El Dorado on both his dam and sire's sides he really is something special. In addition to his sires input his dam: Timbertop Miss Twiggy was a top female at Timbertop and was used in their ET programme. Twiggy went on to produce a number of stud males who are working both Australia and abroad.

However the icing on the genetic cake are his fleece stats. I won't bore you with them all (if you are not bored already!) but his most recent fleece stats taken at 4years and 3 months (November 2012) are:

This is incredibly fine and uniform for a working fawn male. We can't wait to have him meet our Waradene St Patrick females...Beck Brow Cats Pyjamas you have a date for 2014!

If that weren't enough i.e. great genetics and amazing fleece stats, he also has proven himself with his progeny; Gilt EdgeWhite Gold his first born and multi championship winning female had first fleece stats of: 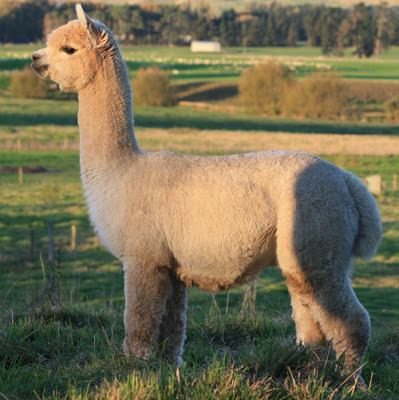 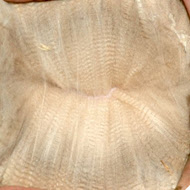 I did cause some confusion in an earlier blog as the photo posted is of one of Goldmine's progeny (Gold Prospect) born this year not of him. 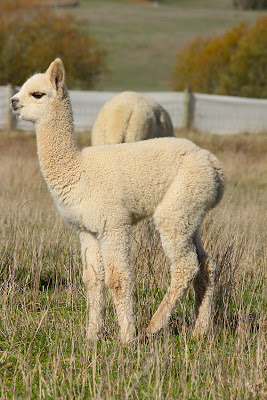 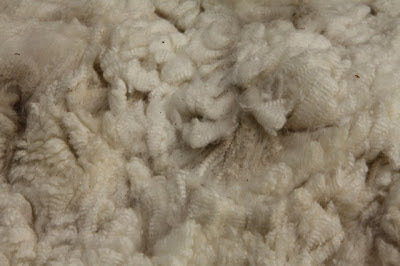 We have had a couple of births since I last blogged. On Monday Blanche (one of our foundation females) produced a solid fawn male. Weighing in at 7kgs but strong and away. We have named him Barnaby (sire: St Patrick) 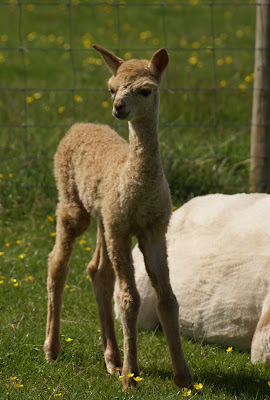 Then this morning Sophia (sire MD Miguel of Fowberry) who is a light mid fawn with a black sire produced a very dark coloured male. His sire is Lillyfield Jack of Spades (black) and he too initially looked bay black but might be drying to a very dark brown...but lovely whichever. 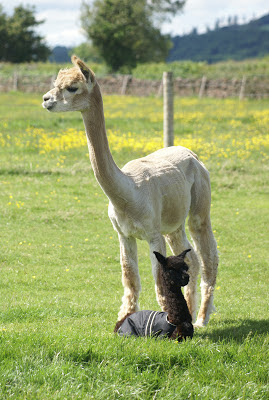 Sophia with her little man 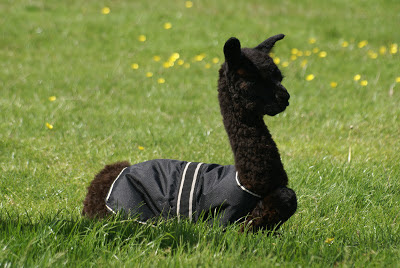 I have decided to name Magic Charm's brown boy Boxster. He has struggled a little to gain much weight (I suspect MC as a maiden hasn't an abundance of milk) but he is doing okay...and he is adorable!

I best go as I need to skirt and weigh some fleeces that I have sold for hand spinning (I have an aversion to skirting and sorting after doing 500+ a couple of years ago). I did weigh all the roughly skirted blankets last week. I use this for my EBV statistics (not quite as accurate as full fleece weights but it is much easier on shearing day to just bag all the first and seconds together, and the blanket gives a comparison within the herd). Obviously dependent on age and micron but I would say anything 2kgs and above for skirted blanket is good...EP Cambridge Aria who is 8 years old...3.25kgs...awesome for an older female!!
Posted by Unknown at 16:09