Alpaca Crack from the North...

We are still waiting for the heatwave here in Cumbria...no shortage of grass for us...in fact topping grass could be a full time job. We did however have a couple of hot days last week, and some of the cria really didn't do well (rather a shock for them after the wind and rain), in fact we had a number of them who really slowed on their weight gain.

Sonata's cria (agisted and yet to be named) was obviously not enjoying either the heat nor the accompanying flies. She developed an eye infection  (treated with Opticlox) and really just seemed to be off. With further observation it was apparent she had some colic. She was brought into the cool barn with mum, and was given Buscopan, an anti-inflammatory, and some re-hydration fluid. After a snooze for an hour, she was comfortable enough to nurse and was up and away. 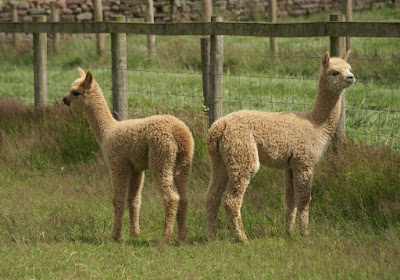 Sonata's cria (right) who has a very dense fleece and suffered with the heat (sire: Waradene St Patrick of EPC) 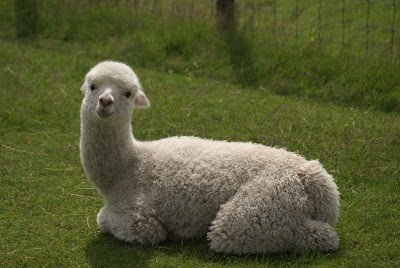 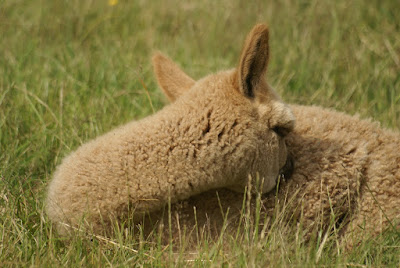 Beck Brow Match Point (sire: Timbertop CTGoldmine ) may just have the densest fleece we have had here...he will have to fight that point out with Strat (above).

We split our pregnant females (due 2015) into two groups this year; those who were due May and June, and those due July and August. This allows us to monitor feeding needs closely, and to keep those due, and those with the youngest cria, closest to the farm. Below are some of the older cria enjoying the sand pit.... 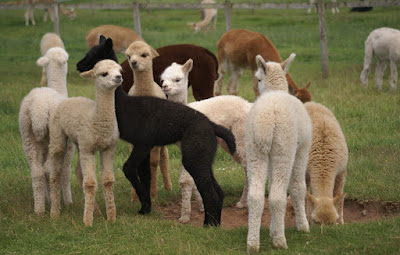 We have five cria in the July/August group so far (10 more to go). The last to be born, to one of the agisted females, is being partially bottle fed and sticks close to mum... 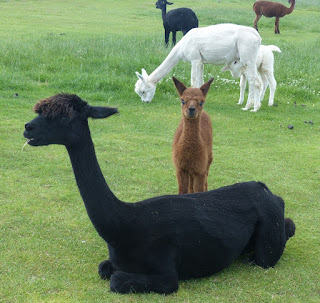 The other four, who were born closely together, are inseparable... 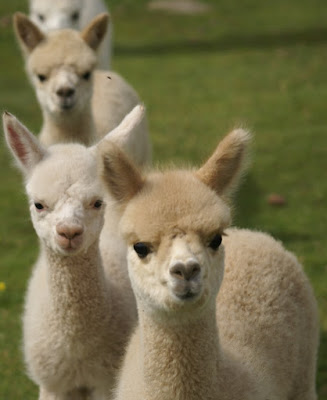 A couple of cria photos caught in passing... 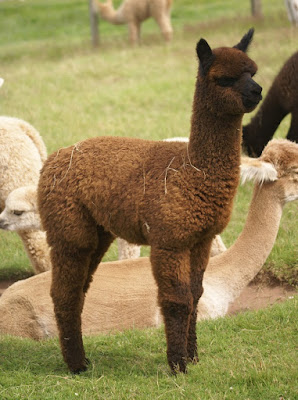 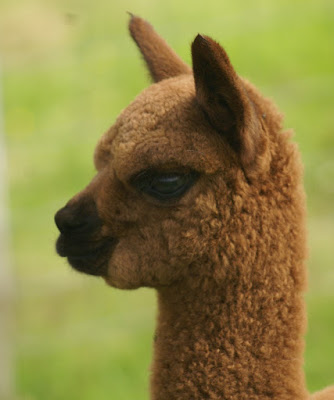 This time of the year is all about birthing and mating (with next year's births in mind!). With sixty two females who reside on the farm to be mated (approximately 50% females who are managed here for clients) as well as drive-by, mobile, and on farm visiting females; our record keeping and management of the males' health and workload is vital.

This includes monitoring the strike rate of our males. Last year St Patrick had a strike rate on farm of 100% success on first mating, and has so far continued that record this year. His son, Beck Brow Crafter (owned by Fangdale Alpacas) has had success with his very first mating now confirmed pregnant. We have  noticed that his daughters are very receptive too. A great quality in a male.

However, we had noted that Explorer had taken a couple of matings to get success with some of his first covers of this year, but when analysing the records we realised that he had a high percentage of maidens, and females left open over winter. So not really unexpected. All the stud boys had their mineral and selenium drench this morning, just to ensure they stay in tip top condition to maximise fertility.

We had Beck Brow First Edition (sire: Beck Brow Explorer) watching his paddock mate (Beck Brow Boxster) at work this morning. He has grown into a big strong male, but isn't looking like mating just yet. He has a sniff at the female..then he sits!! We will keep trying...I have Bozedown Celestrial in mind for him (late August). I cant wait to see his progeny, his adult fleece is coming back as well organised as his previous two and very fine...come on Eddie! 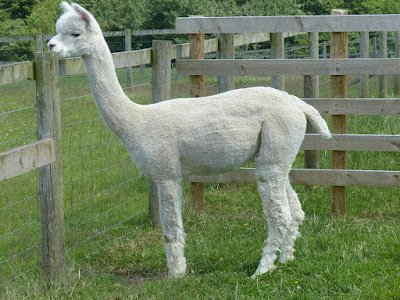 We have had to give Explorer a paddock change today...I made the mistake of changing the dynamics within the group of stud males during the mating season. We gave Quintos (who was in with Explorer and Goldmine) to a client to use as a spit off male, as they are based over 3 hours away. Quintos must have played his part as peacemaker, for since his departure, Goldmine has been bullying Explorer (who is a softy). Explorer is now leader of the yearling group!!! 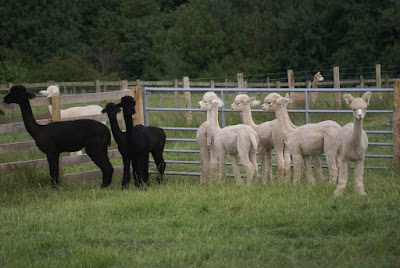 We have nine boys in group who have been retained as potential stud males; five white, one beige and three black. This is giving me a bit of a headache regarding choosing a show team for Westmorland Show...I cant take them all...and how do you choose when they only have an inch of fleece! 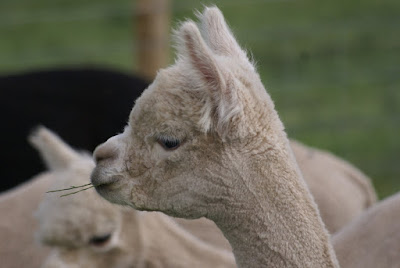 Beck Brow Bond (only Goldmine cria of 2014) was born in October so can go in the junior class. 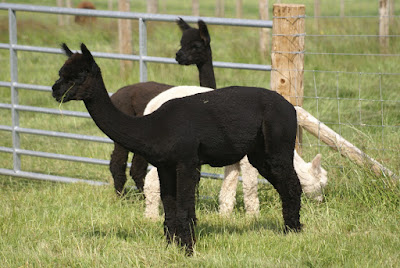 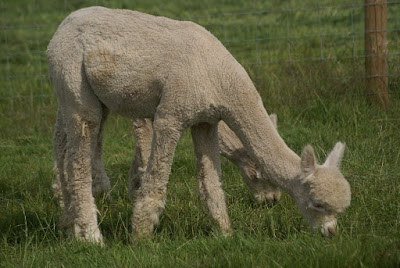 Beck Brow Mr Darcy (sire: Explorer) possibly my favourite. I love to see the organisation at the skin on shorn alpacas.


I have a vet student coming for a week's placement on Monday. I think we will be able to keep him busy; with the thirty one cria born so far (fifteen are ours - nine boys and six girls) to weigh and microchip tomorrow, forty five spit-offs to do and matings as required, all females to drench with mineral and vitamins, births expected, visting females to mate and their cria to weigh, as well as all the routine farm work...we should have a good week...looking forward to a captive audience to talk alpaca to!