We have had a very long wait for our latest cria...he has been in the planning since November 2012. This was when I quietly slipped out of bed at 3am, sat sleepily in front of the PC, and joined in the elite on-line auction in Australia, which featured amongst others, two top class EP Cambridge females. Both of these girls had performed very well at the Australian National Show the previous week, so my plans to purchase both soon disappeared when I saw how much competition I had. So it was I decided to concentrate on Cambridge Stargazer, A Windsong Valley Firedragon daughter who is jam packed with elite genetics throughout her pedigree.

Stargazer was purchased as an intended match for Beck Brow Explorer (alpaca breeding can be a very long game). In the meantime Stargazer was mated with the renowned EP Cambridge Peruvian Spartacus whilst in Australia and produced for us a beautiful female, Beck Brow Stardust. Our wait for our Explorer x Stargazer cria continued, as she kept us waiting 368 days, but boy was it worth it. This was one where we were happy to have a male...early days but I am confident to predict that this is the best Explorer cria born to date. He is a mass of tiny, organised, bright curls all over, even his face.

We named our last cria Game On, with this declaration we may need a strategey (well we obviously like planning ahead); so with this in mind we welcome Beck Brow The Strategist. 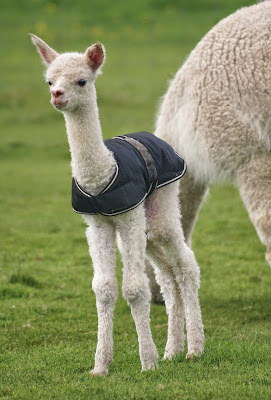 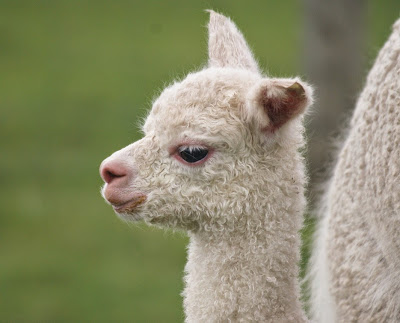 I have never tried to pretend otherwise...Explorer is adored. This is not because he has happened to turn out to be an outstanding stud male...I have loved and spoilt him since the day he was born (and nearly didn't survive). So I apologise if this sounds like showing off, because it is and I am proud of the boy...

Yesterday was Northumberland County Show. We took a small show team of seven and none of the first prize winners from the National Show. This meant that we left 4 of the 5 Explorer progeny that have done so well on the show circuit this year, at home. No First Edition, Adventurer, Asterisk or Bottoms up. We only took two; Mr Darcy on his first outing and Trendsetter.. and were awarded both the Male and Female White Championships. We were delighted. Only two other Explorer Progeny were at the show Prince Bishop Polly (second to Trendsetter) and Fallowfield Milo (second to Mr Darcy) who both we both praised very highly by judge Val Fullerlove. 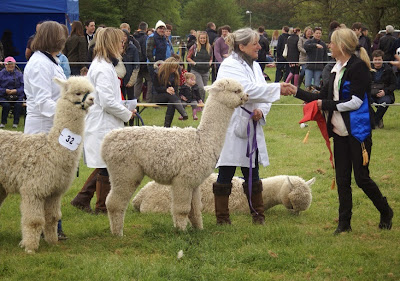 Finally our granddaughter Hettie who is growing so fast.. 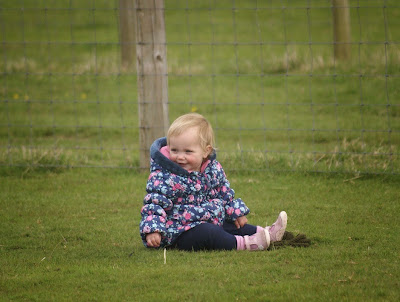