There I was lying in bed last night listening to the wind howling and the rain pelting down, I could hear the beck gushing as the rain was turning the stream in to something of a river. But I had that nice feeling of knowing that we were all warm and dry. Me with my feet on Velvet the dog (Paul was away) a cat on my head, and the alpacas tucked up in various barns and shelters...or so I thought.

As I walked towards the barn this morning, I saw the gate wide open, not just ajar, but a 10 foot gaping hole. The wind combined with human error I suspect. My heart missed a beat as I neared...was I going to see over 60 females looking back at me...NO.

There were a number of girls at the back of the barn, standing the furthest away from the open gate as possible, as if to say "it wasnt' us...we have no intention of going anywhere". I looked up our long lane to the road. Nobody in the lane...but a neighbouring farmer turning in at the top suggested that it wasn't going to be the best news...

"There's about 30 alpacas up on the road lass, jump in and I'll call some help to herd 'em up".

Now as these were all pregnant females the thought of them being chased around wasn't a good one.

The farmer had plans...a strategy as to how we were going to get the alpacas back...and looked rather surprised when I jumped out of the vehicle...shook the feed bowl, clapped my hands and shouted at the top of my voice...

All 30 turned and ran towards me, jumping and kicking for joy, and straight back down the lane. I cheerfully waved thanks to the farmer as they raced back home. They were so pleased to be back you would have thought that someone had forced them to leave home!

It wasn't until I checked out those involved in the great escape (okay not quite an escape, but a wander out of an open gate) that I realised that I had remained extremely calm considering those on the road included: Foxy Sox, Snooty Boots, Camilla (dam of Explorer and High Five) Honaria (dam of First Edition and Bottom's Up), Galaxy (dam of Crafter) and the list goes on and on. Phew... 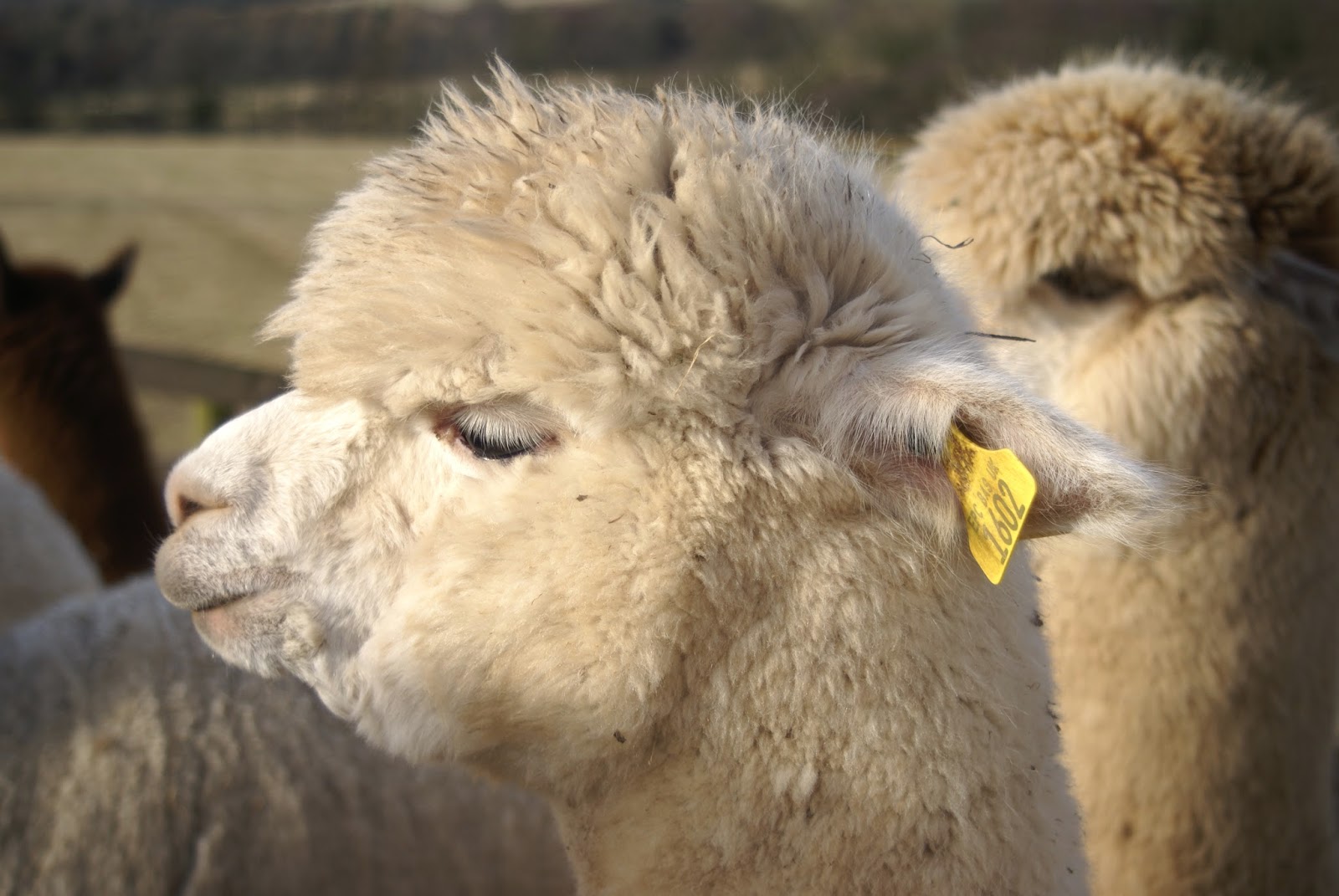 The rain and the mud has us longing for spring. Looking through the photo archives today, I found one of my favourites; Kenzie (left) and Explorer (right) with the amazing Morden Hall Honaria. Taken in 2010, our second year of breeding, the weather was good and we were full of hope for our wee man Beck Brow Explorer. 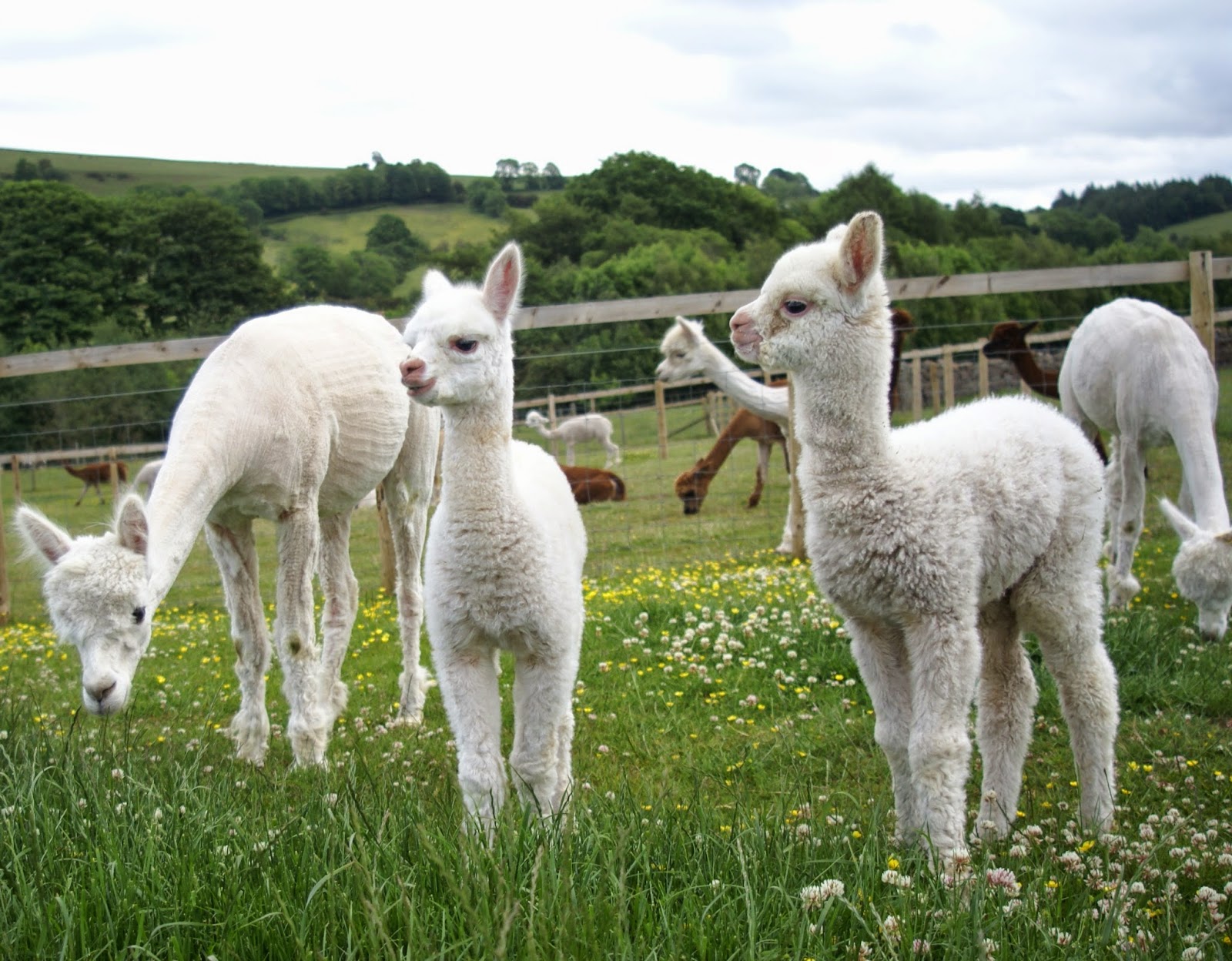 Spoiling the photo slightly is Explorer's sticky eye. We usually have one or two cria who get runny eyes and if they don't clear up with cleaning, we have always had success with Opticlox eye ointment. However, this year we had a couple where the problem was persistent. Thus I decided to try Leucillin, sprayed into the affected eye once each day, and this has cleared them up within a few days.

The seven alpacas who left the farm for Switzerland on Saturday have arrived safely and have settled well. LOC Transport did a great job giving the alpacas a stress free journey. As we had loaded them at the end of the lane..I was just thinking...maybe the girls this morning were looking to hitch a lift to better weather on the continent!

Hettie is a natural with the alpacas and visa versa... 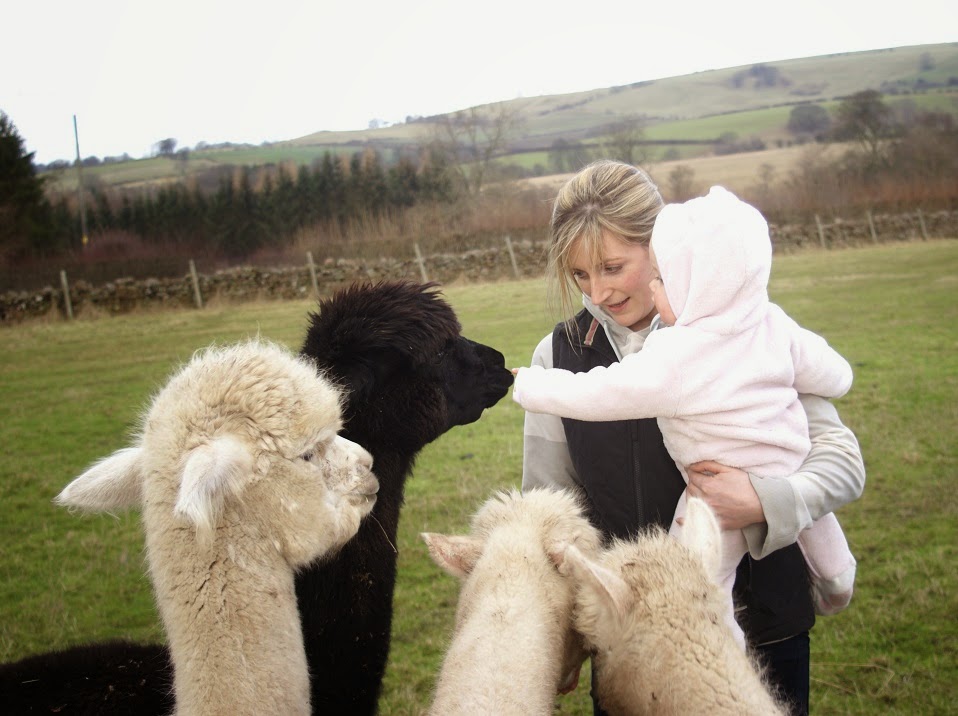 "If you are going to ask for one try for the black...she's obsessed with whites you'll have no chance!"
Posted by Unknown at 17:27