Some for the show team?

Today is one of those days when we are reminded how blessed we are to live in such a beautiful country, with all of its seasons. I took out the camera to gets some shots of the sun shining, with the frost still on the ground, and the autumn leaves still on the trees. It really was a stunning sight...but you will have to take my word for it...for I got a bit carried away taking cria shots... and didn't bother about the view!

First up is Beck Brow Sunday Best (sire Viracocha Black Sabbath) who is a definite one for the show team. She has such a great head and is such a stylish female. 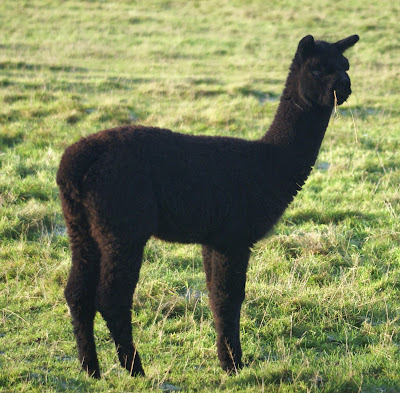 Cat's Pyjamas was enjoying lunch far too much to lift her head. She is another for the show team, she has such a dense fleece with such uniformity of character and stunning brightness. With EP Cambridge Lady Gaga as her dam, and Waradene St Patrick as her sire; she has inherited the kind of look at me attitude you might expect. 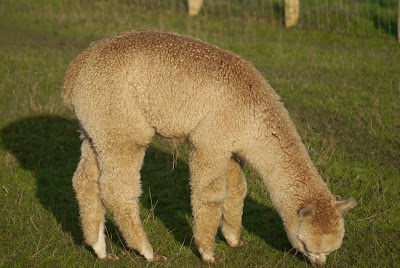 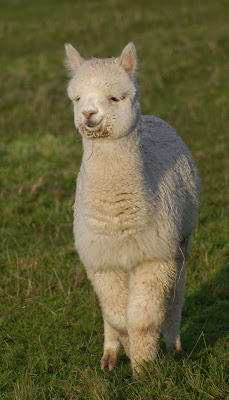 Below is Beck Brow Victoria's Secret and she does have a secret too..she is covered in golden spots! I have never seen anything like it. Her fleece has fantastic character and density, thus I am going to enter her in a multi class at one of the shows just for fun. I am rather excited to see if she is an appaloosa when shorn. Her dam is dark brown (black sire) and comes from a line of females who appear to have a lightening gene. Her sire is Black Sabbath (GS; Snowmass Grey legend) so grey in the pedigree too. 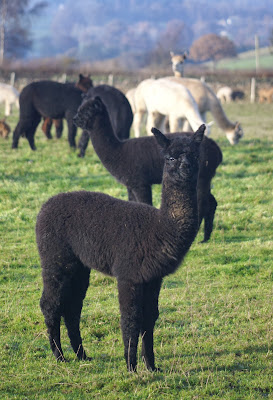 I am afraid I won't be getting any prizes as photographer of the year; here we have a not very flattering shot of Beck Brow Bespoke. Bespoke is sired by Bozedown Patriot and his dam is the multi-championship winning female; Bozedown Celestrial, whom we purchased at the Classic in 2012. Celestrial is now pregnant to Beck Brow Explorer...exciting! 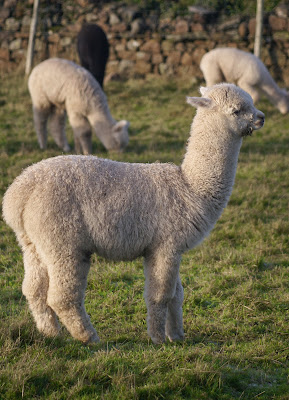 Oops Sunday seems to have snook in again. I did think it was Otis but no... 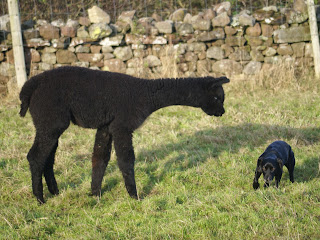 Now, I am going to try to play it cool...this is Beck Brow First Edition (Eddie) who is the first born cria of Beck Brow Explorer...his daddy has had a very successful show career winning four Supreme Championships...that's a lot to live up to...we will find out next year if he can follow in his footsteps! 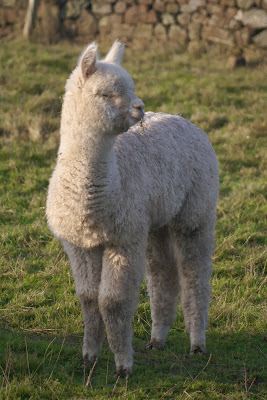 Beck Brow First Edition (I will try for a fleece shot)

Another male who will be taking a trip to the National Show is Beck Brow Crafter. His dam is the lovely Silverstream Galaxy ET who has a 19 micron fleece at six years old, and his sire is our Supreme Champion male Waradene St Patrick of EPC. We were surprised when we weighed him last week, that he weighs much the same as the rest of his peer group, he just has so much fleece he looks twice the size! 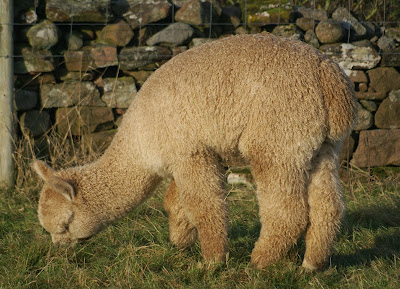 One of the reasons for posting a blog straight away, is so that I can identify the Explorer cria. I can tell them apart in the paddock, but it is so difficult in photos. So here we have Miss Molly. All of his cria have such incredibly bright fleeces, I think that you can see the sunlight bouncing off her fleece. She is a mirror image of her daddy. 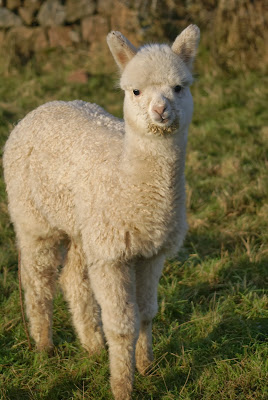 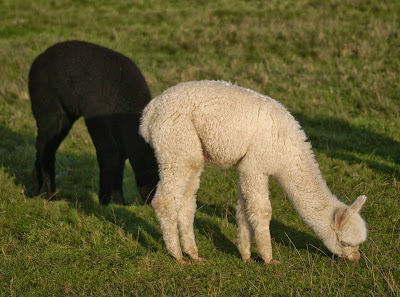 I did decide not to take a photo of Epic because he has managed to feature in my previous two postings...but he seems to have managed to get himself in the shot.. behind Beck Brow Summer Haze (sire; Lillyfield Jack of Spades of Inca)...I just love him! 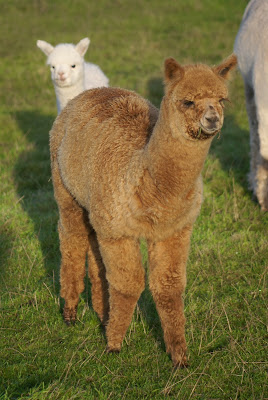 Another pea from the pod of Beck Brow Explorer; Beck Brow Hallelujah. His cria even have the same crimp across their chest as he does. 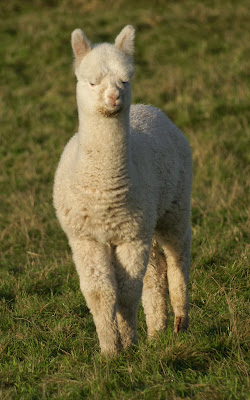 Now, if you are thinking that I might be rather exaggerating how alike the Explorer cria look...here we have Miss Molly and Hallelujah. Halle is six weeks older but otherwise they are near identical in every way, including fleece style.

I decided that I would release one of the three female Explorer progeny...but how do you decide who when they are so alike...well in the end it just came down to the fact that Miss Molly's dam has already had a female offspring, and the other two are the first female crias born from their dams. I am afraid that all of the female cria being released from our 2013 born have first reserves on them now. 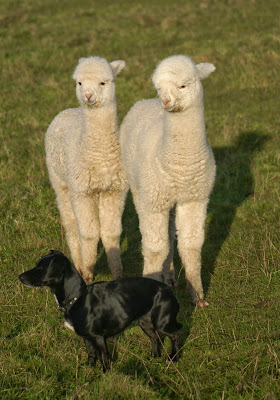 We had a very successful time at Ulverston Dickensian Christmas Fair at the weekend. On Saturday Trish and I manned the stall and we were rushed off our feet. Sunday was slightly quieter, when I took Paul along, but overall our takings were up 20% on the previous year. The problem is we have virtually sold out of knitwear and have two more fairs to go!

Paul spent his time on Saturday putting down hardcore in front of all the field shelters. It has been so wet everywhere is so muddy. Of course now he has done that the ground is hard with frost!. Still good job done, but he hasn't had time to quite finish his belter of a field shelter, although the alpacas dont seem to mind the lack of doors! 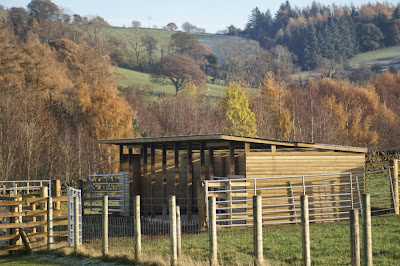