First up was Beck Brow Lucie, who last year had a prolapse resulting in her cria being still born. She had at that point been a maiden, and we thought long and hard about remating her. Well I am pleased to say that she delivered a 9.5kg male without any trouble at all. Another Beck Brow Explorer progeny (looking very like him again), I have called him Ludo. For no other reason than I think Lucie and Ludo sound cute together! 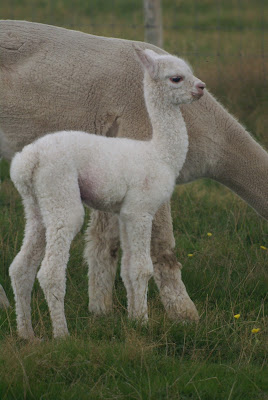 Now for the second birth... Easter-Wood Adelle was 379 days gestation yesterday, so you might have thought she was going to be a goer. But no, Silverstream Hoity Toity decided 310 days of cooking was long enough for her. Going by her previous average gestation period, I had her down for the 20th September, so was a little surprised.

I am pleased to say, that after three males, Hoity has at last has given us a female (she knew we were short this year I guess). She weighed in at 7.4 kgs (light for Hoity) and was very weak on her pasterns with the floppiest ears. Now, I was on my own so was wondering the best course of action...the cria wasn't going to stand any time soon...should I just give cows colostrum...but then you stop them looking from milk from the dam.

Well, Hoity Toity is aptly named, when she is pregnant she is a bit of a madam, but she has an immediate personality transformation as soon as she gives birth. Hoity just stood in the paddock and let me milk her. With some milk on the teats, I sat the cria on my knee and managed to get her under and on the teat. I have never been completely under an alpaca before but Hoity stood statue still. I did this every half hour until at 4 hours old the cria stood by herself...a very wobbly stand but she managed...and she staggered under Hoity...legs wide apart for balance. What a little star and what an amazing dam. We have called her Miss La-Di-Da (Miss Ladida for BAS registration as no symbols allowed) as chosen by Amanda

I have organised for a plasma transfusion for her tomorrow (soonest I could get some more plasma) as I suspect she only took enough colostrum to give her partial immunity...this is a special one...I have waited three years for Hoity to produce me a female...I am taking no gambles. 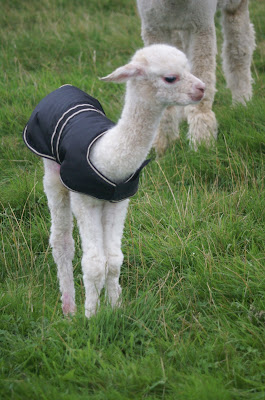 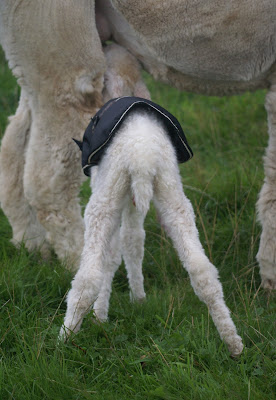 Beck Brow Snooty Boots appears to be coping well after the loss of Wellies (still nothing conclusive on PM) but hardly surprisingly her mating didn't take. You may recall that I wanted to mate her to Black Sabbath, but she was horrified with the idea, and thus we mated her to Explorer. Well, we played a dirty trick...we had her sit for Explorer...then quickly took him out of the pen and put Black Sabbath in...she didn't seem to notice...so fingers crossed.

Finally one or two photos from the paddock today. I obviously need to cut down some brambles that are growing through the wall... 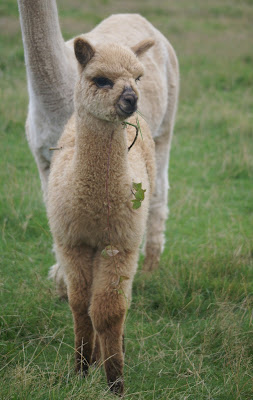 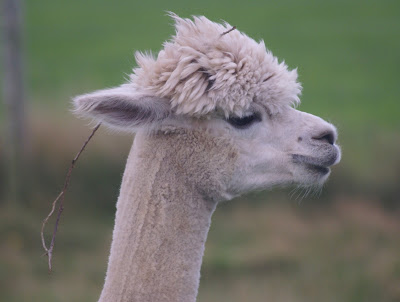 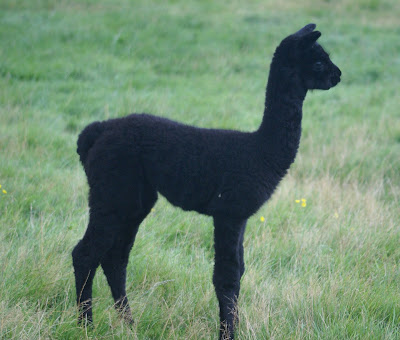 Beck Brow Sunday Best (her legs are longer than that) 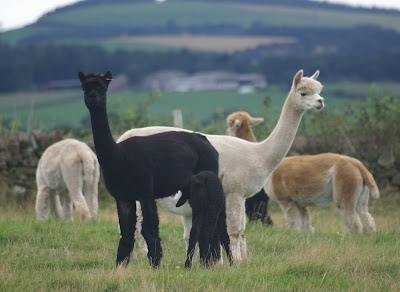 Cambridge Scarborough and Beck Brow Lucie in a very Cumbrian landscape
Posted by Unknown at 16:33