Continuing from my last blog: the offspring of Beck Brow Snooty Boots and Fowberry Nobility has been named....Beck Brow Duke of Wellington...very clever Graham and Bev. So we now have Boots, Sox and Wellies. I am not quite sure this is a good theme...Flip Flop, Stilleto, Clogs....

Another busy week and another sociable one too. The boys had a number of mobile matings, and it is always great to catch up at the same time. On friday it was lovely to see Bev, who called in after Potfest in the Pens. I made the mistake of showing her Otis (full brother to their Dougal...but blue black)... sorry Andy!

Soon after Bev left we had a rather large delivery...I did say that we were expecting 28 alpacas...well they arrived in an enormous transporter (Appletrees) at 6.30 pm...all safe and sound. Unfortunately I have not won the lottery...they are on livery...but I will still enjoy them. We just got them settled in in time for friends arriving for supper and a sleep over...full on day!

On Saturday Carole and Amanda kindly came to help, as we checked over all the new girls and identified all those without ear tags (which was most of them). Bit of an identity parade and a real test of my memory skills. So the number of births due at Beck Brow has increased rather significantly...whats the bets that everyone else gets the females!

I haven't had time to take many photos but I did catch Beck Brow The Crafter being a total mischief as always, and tormenting Beck Brow Foxy Sox (both waradene St Patrick of EPC progeny). 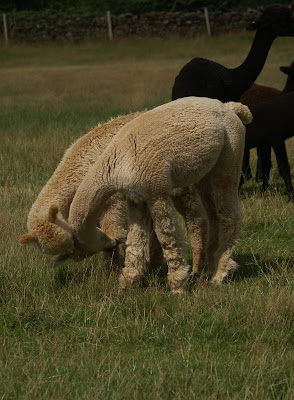 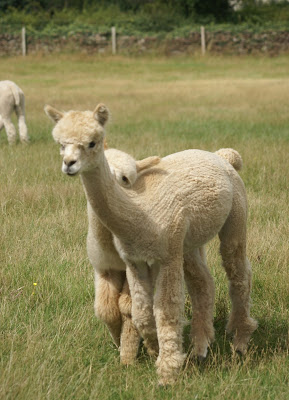 is he being loving? 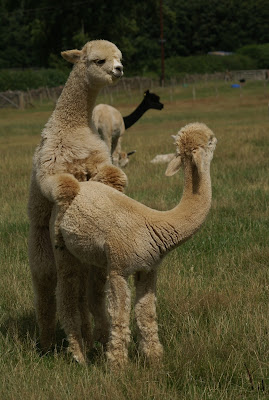 no back to playing dirty 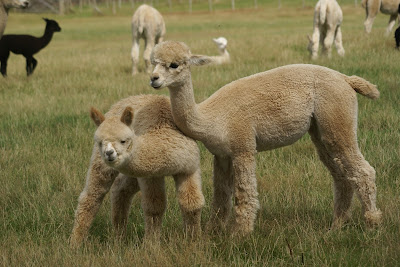 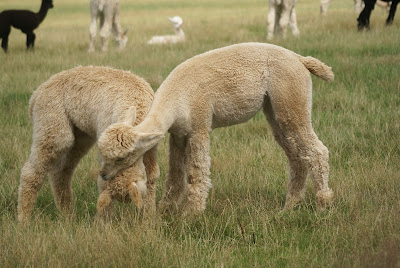 no definitely not impressed 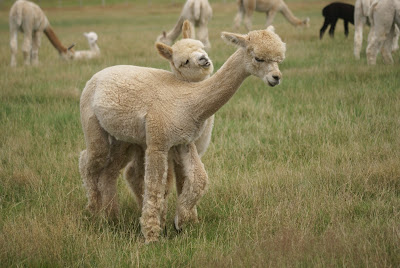 trying to be nice again 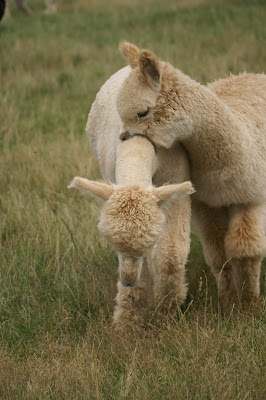 Beck Brow Foxy Sox is the sweetest little thing but that looks like something green on the side of his face...
Posted by Unknown at 15:59