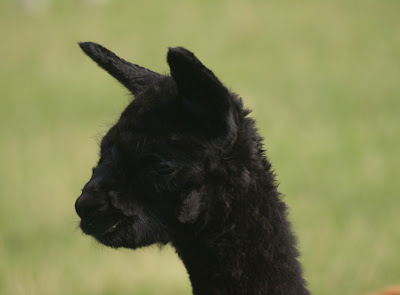 Unfortunately the head shot isn't of our latest addition...because we still haven't got one...Pebbles is 392 days gestation today. Yes...I am sure of the dates...and yes...I am sure that she is pregnant. It is now 2 weeks since I considered inducing her. Prior to this our longest gestation had been 385 days (Beck Brow Explorer). 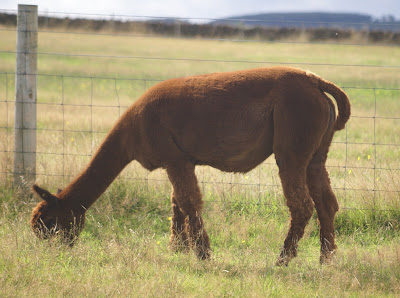 So a few photos of some of our cria born this year... 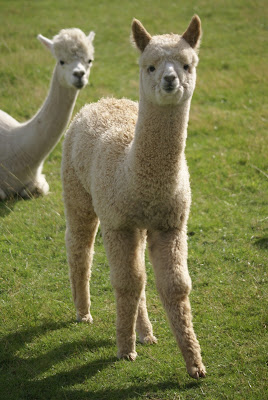 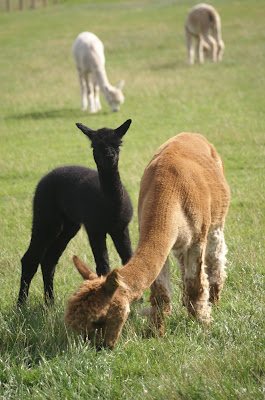 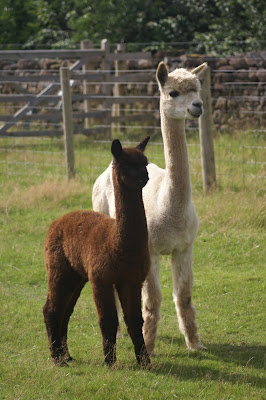 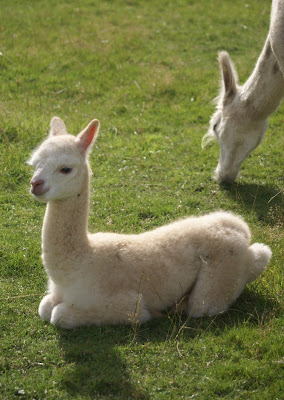 A Young Punk belonging to Robyn and Craig and yet to be named (male born Friday. Sire: St Patrick) 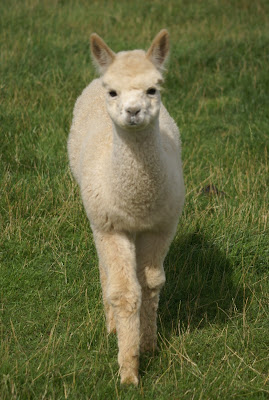 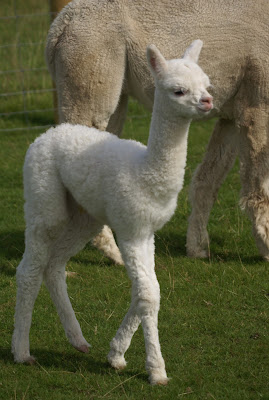 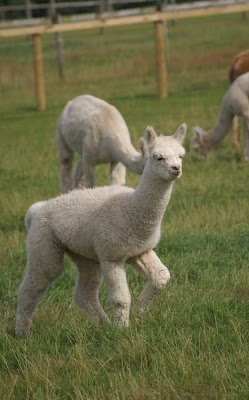 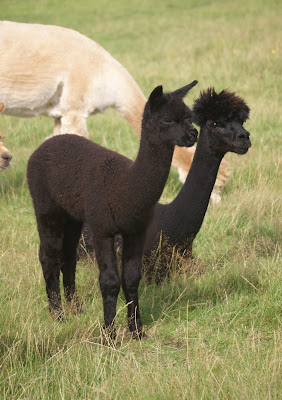 Another week of none stop matings, my most memorable one being my trip out on Saturday. It was the first time I had taken both Explorer and St Patrick out together...Paul had warned me that St Patrick wasn't happy having Explorer as his travelling companion...and he wasn't exaggerating...it was like spit fest...the inside of the van is green...this is despite a floor to ceiling gate separating them. Luckily it stopped once we were in transit and I just prayed that I didn't get stuck in traffic during the hour and a half journey! Poor Explorer...at least the van seemed to have come off worse than he had.

We are currently treating Fine Design for a chest infection. Fine Design belongs to Amanda and came to the farm with Courtesse (and is in isolation with her livery group). I think that she has found the moving farms quite stressful, as she is shy little yearling, and thus her resistance was low. After a  course of Amoxypen failed to clear up the infection, she has been started a course of Florfenicol along with Finadyne, and is now much brighter. She is so sweet and thankfully has an enormous appetite.

We have seven births to go now and seven livery births. The last birth is due the end of September and the first of 2014 is due mid March. I need to tighten this up for next year...no September births for starters!
Posted by Unknown at 18:07