I have yet again let a week go by without blogging...I think that I have been unconsciously waiting until I could share some exciting news with you...but more about that later.

Things haven't been quite as straight forward with First Edition (Eddie) as we might have hoped. He is the third cria for Morden Hall Honaria, who has always been a very good mother with an ample milk supply. Every year she bags up early (3 - 4 weeks before birthing) but this year she had been bursting with milk for at least 6 weeks before she gave birth. After birthing we removed the waxy plugs from the teats and found the colostrum to be so thick in the back 2 quarters, that she was very difficult to milk. To shorten a long story; As Eddie wasn't taking the colostrum from mum despite being on the teat, he was given cows colostrum to ensure that he received the required antibodies in time.

It would appear that Honaria had been starting with mastitis. We have bathed her udder each morning with warm cloths and milked out the thick milk, in the meantime supplementing Eddie with goats milk. Eddie is now gaining weight, and he took his bottle with less gusto this morning, so it looks like we are getting there. 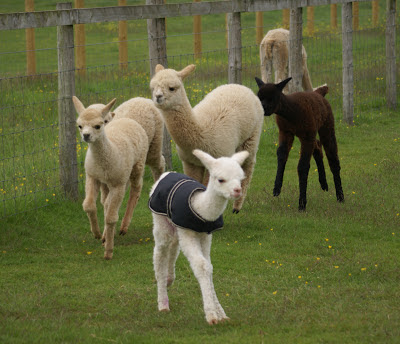 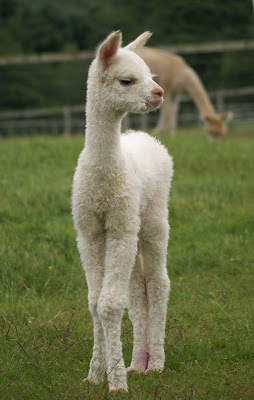 Strong enough to have his coat off...look at those curls across his chest just like his sire Beck Brow Explorer 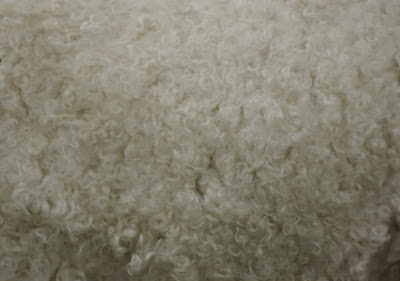 Beck Brow First Edition's fleece at the shoulder...long and curly!

One of the things I enjoy most about owning alpacas is watching their behaviour and the dynamics within the herd. Explorer has declared himself top dog since he has some females on farm visiting him. The girls (pictured below) are in an isolation paddock which looks down on to the main farm. We have been taking Explorer up there for the matings. Now normally 10-12 mins is all that Explorer spends on his lady friends, but put him on the top of a hill and he puts in 20 mins plus of top rate orgling! Its interesting that mating environments are so influential. I guess this position above the level of the main herd is similar to what would happen in the wild. 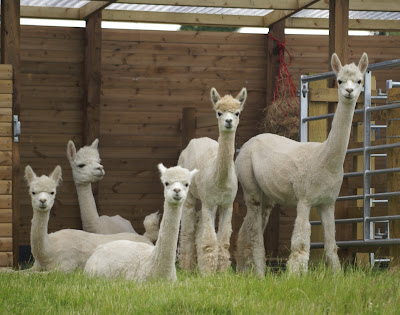 Now, the news that I have been waiting to tell you?...Chaska has had a fawn female...yes that is what I was waiting for...but it hasn't happened! Chaska who is mid fawn (below) has had two white males from two fawn sires...so mated to a black this year (Lillyfield Jack of Spades of Inca) we are hoping we just might get some colour...and a female. Our herd average gestation is around 340 days...Chaska is now 373 days!! 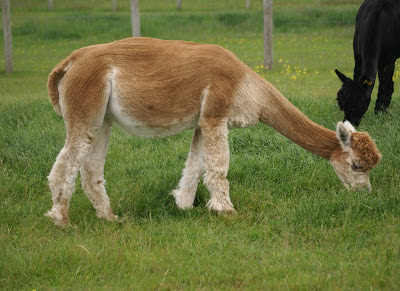 So I have had to settle with taking photos of our existing cria... 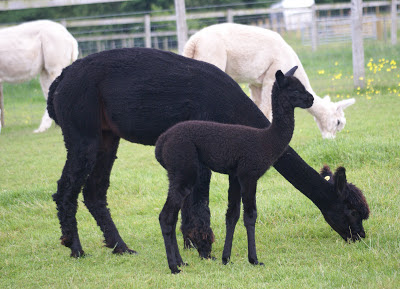 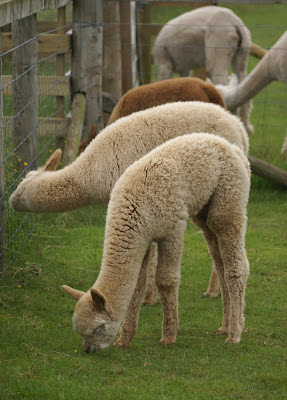 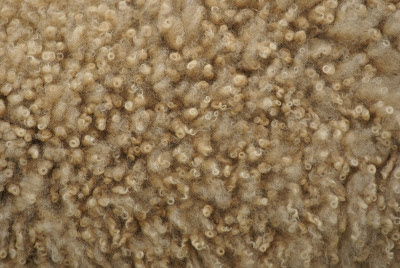 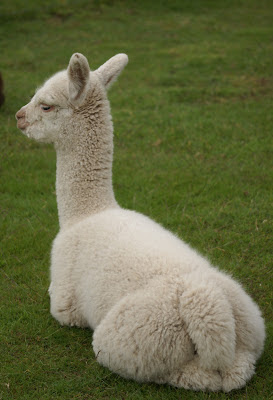 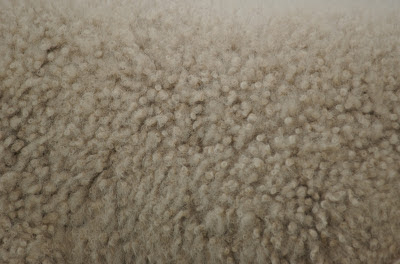 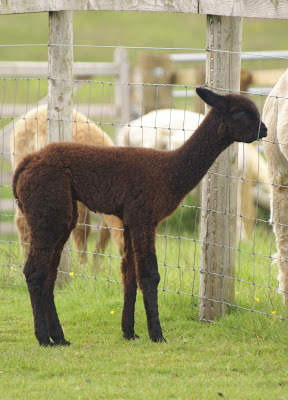 Beck Brow Idris (sire Lillyfield Jack of Spades). That is his dam the otherside of the fence. Sorry Idris you are going to have to walk around, you will not get a drink like that.

We had a sociable end to last week with visits and visitors. On Friday Doug and Sam from Teesdale Alpacas popped in on their way back from Woolfest. Then on Saturday we had a visit from Mabel and Imants from Highland Alpacas. Finishing off a busy week on Sunday, St Patrick and I paid a visit to Debbie and Paul at Barnacre Alpacas. I really enjoyed the ride out to theirs, with such a scenic route between us. Who is the cutest... alpaca crias or Angora kids?...its a close one!
Posted by Unknown at 14:09