Beck Brow Explorer has his first progeny...and the trend continues!

So much has happened since I last blogged that I could claim that I don't know where to start...but that wouldn't be true...things have gone completely out of chronological order...because I have to start with the most recent, and most exciting news...BECK BROW EXPLORER IS A DADDY!

Although Explorer has proven himself well in the show ring, winning three Supreme Championships amongst many other broad ribbon awards...we are well aware that the proof of his supreme qualities has to be in seen in his progeny. It has been a long exciting wait...and where was I when the moment eventually arrived...selling alpaca scarves on Whitehaven quayside...yes, I missed it...Robyn had the honour of being midwife!

I feel strangely emotional...it's as if I am a grandma...Explorer has had a male who is the mirror image of himself as a newborn...it's uncanny...we have had the photos out. It's the fleece style and coverage as well as his phenotype...I am proud and excited...well done my boy!

I should mention Morden Hall Honaria who did actually have a part to play in all this and is a lovely mum (she is nearly as proud as I am). We have named him Beck Brow First Edition (Eddie). Right I will stop going on about it now, but just a few photos...okay a lot.... 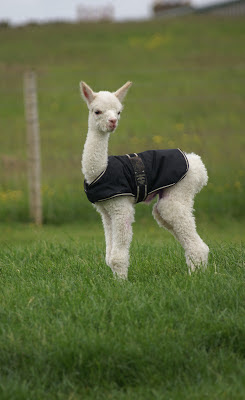 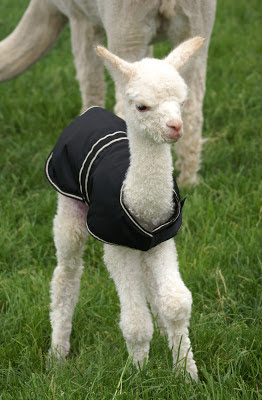 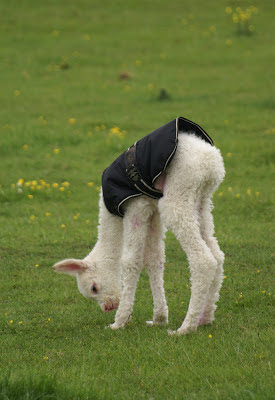 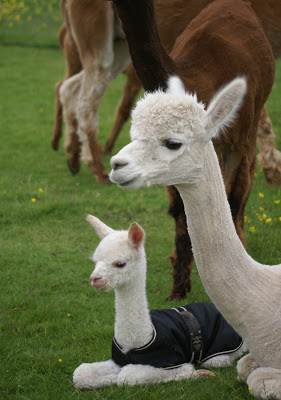 We have continued with the run of boys. I think we are now 10 v 2 to the boys at the moment. April had our first Viracocha Black Sabbath cria on Thursday. We have called him Beck Brow Inkster. He has a lovely dense crimpy fleece...I am excited to see the rest of our Black Sabbath cria if this is his standard...come on Pebbles (340 days today). Unfortunately we had to get our adopted black labarador (who was actually called Inka although I always spelt it as Inca) put to sleep on Thursday. She had been ill for over a month having severe episodes of fitting and as she was 10 years old it was just too much for her to cope with. So we have named Inkster in her memory. 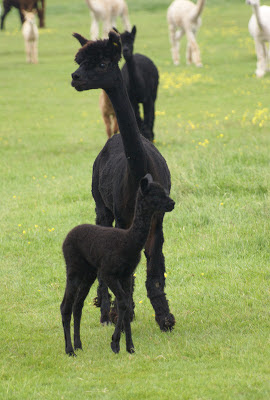 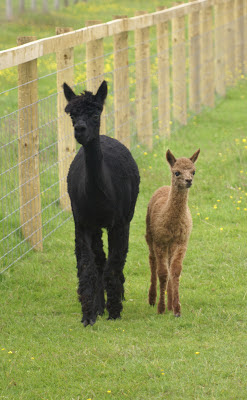 Jet also had a male; Beck Brow Jetson. This time a fawn from a black! 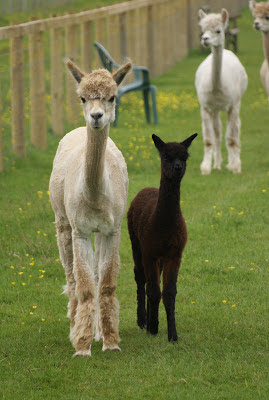 Sophia with Beck Brow Idris (a black from a fawn) 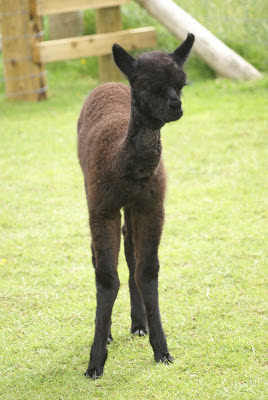 Now you might be wondering why Katkin's son (named Blue) is looking like he has gone through the wars...it's because he has. Last year Katkin developed mastitis at a point after we had already mated her. Thus we were concerned about her milk supply. However when Blue was born we checked her teats and she had milk and he suckled. All looked well...until we weighed him...he lost around 300gs on the first day but born at 10kgs we though it just a first day dip...by the morning of day two he had lost 900gs and he took a bottle readily. So a plasma transfusion was our only option to ensure adequate cover against infections.

Unfortunately the vet who came struggled to find a vein and poor Blue became balder and balder. A second attempt on Thursday morning faired no better. In the end a polite request to call a more senior vet resulted in the plasma being given successfully. Last year Pebbles fed Katkin's cria as well as her own, will we be so lucky again? Katkin is now going to be retired from breeding...such a shame as she is a lovely mother...Blue still suckles her but there is obviously nothing of any value there.

But good news at Prince Bishop Alpacas...their little cria (named Horace) has eventually latched on to Finesse after 7 days...just shows how it is worth persevering...congratulations Carole. 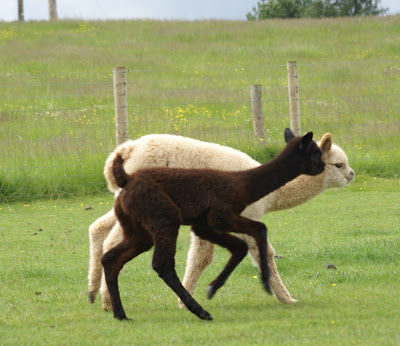 Finally our mischief of the year...Beck Brow Crafter with Beck Brow Idris (foreground)
Posted by Unknown at 15:57