I feel this blog should start with an alert: WARNING; reading blogs can seriously damage your bank balance!!!

Explanation: I have been following the Easter-Wood Alpaca Stud blog from some time and have seen how Jeff and Sheila have been introducing some amazing genetics into an already impressive elite herd. With an elite foundation herd made up of some stunning EP Cambridge females, they have capitalised on their assets with the use of some of the very best males available.

I had read last year that Jeff and Sheila had been smart enough to secure the stud services of  Eringa Park Lawbreaker of EPC and Cambridge The Chairman of ACC, before EP Cambridge Alpaca Stud decided to keep these two stunning males for in house use only. So when I saw that Easter Wood Metisha was up for sale, a stunning EP Cambridge Neptune daughter herself, but also that she was being sold pregnant to The Chairman, my interest was piqued!

However I dithered, not because I didn't want her, but because I was going to the Blueberry auction and wanted to see what happened there. Whilst I dithered Metisha gave birth to a fabulous looking female (Easter Wood Adelle)...would Jeff and Sheila still want to sell her?...I know it was a tough decision for them and needed sleeping on...but the sale was confirmed yesterday...and we are very excited! 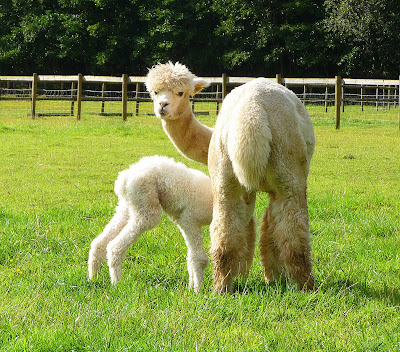 But with a grand dam named Eringa Park Artistry of EPC... I would say that she was bound to be pretty as a picture: 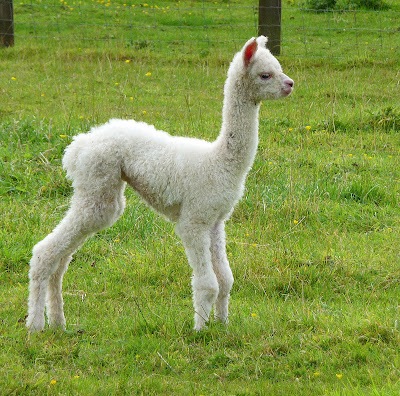 We have decided to leave the girls for a couple of months. It is a long journey with precious cargo and as there is no rush we thought it would be good to leave Adelle until she is a little older. We are going to leave Metisha open until the Spring....when another decision will have to be made!
Posted by Unknown at 07:43