As most alpaca breeders will be aware; The British Alpaca﻿ Society (BAS), along with The British Camelid Society and The Veterinary Laboratory Agency, have been working on the development of a reliable blood test for the testing of bTB in camelids. The problem being that the skin test used on other species is just too unreliable as a camelid test.
Last year there was a call for the donation of 300 alpacas (from 3 and 4-year parish testing areas only) and we were all asked to give our support. Now I have to admit that I was pleased when the quota was met and we could give a financial donation rather than a living one. Why?...well the test is after all being tested for its reliability...this means in order to test this a small number of alpacas showing a false positive will be slaughtered. The reason for this was explained to me thus; there have been no false negatives found (i.e all alpacas know to have bTB have tested positive) however it is finding the lower level of sensitivity that they are testing. At what point can they safely say that it is a certain negative...hence the small number classed as false positive.
Well for various reasons the promise of 300 donations fell short by 50 alpacas. Should we stand back and expect others to find a reliable test from which we could all benefit?...we decided not...but to cut this long winded tale a bit shorter...we have the results...and no further tests are required...thank goodness (I will not give the names of our brave volunteers).
On my last blog I mentioned that we had booked our hotel for The British Alpaca Futurity 2012. Now this appears to be less straight forward that when it was held at Stoneleigh where there was only one hotel on site. We had booked into the Holiday Inn Express on the NEC site (functional rather that luxury, but does the job) then to be told that The Futurity site was recommending The Hilton...right, best change then...hotel checked out on line...umm maybe not...Holiday Inn Express £230 for 3 night B&B...Hilton prices starting at £630 for 3 nights. Now, I can take luxury...I like a bit of 5 star on holiday...but this is an alpaca show...last year we got to bed at 2 am and were up by 6 am (okay we were a bit jaded by the last night and went to bed at 1 am and got up at 7am)...hardly worth the extra expense for four hours in bed I think! Maybe we will save the expense towards The World Conference in Oxford.
Talking of The Futurity...could this be one for the photo competition...well it's cute anyway...Velvet giving Quintos a kiss on the nose...suggested titles welcome: 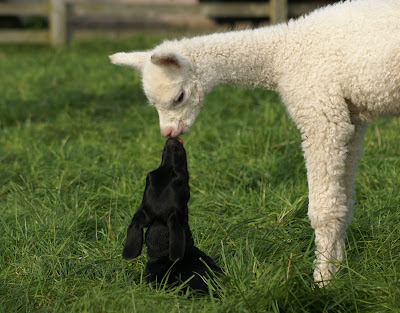 Can you see the tongue(click to enlarge)...Velvet and Quintos.
Other photos taken yesterday with no theme at all:﻿ 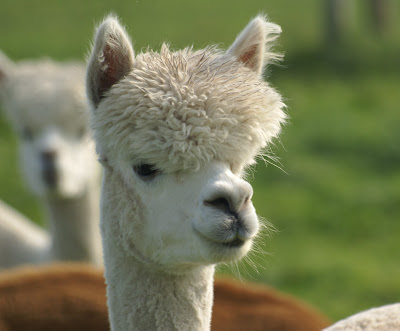 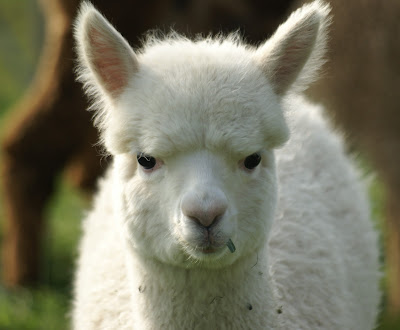 Could he possibly be even lovelier...Beck Brow Magellan 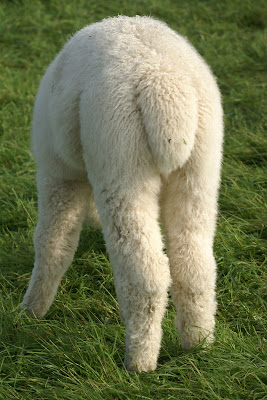 He has a lovely face too...but I do like that butt...Beck Brow Synergy 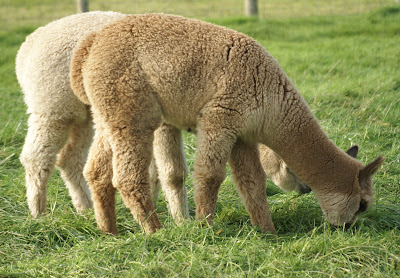 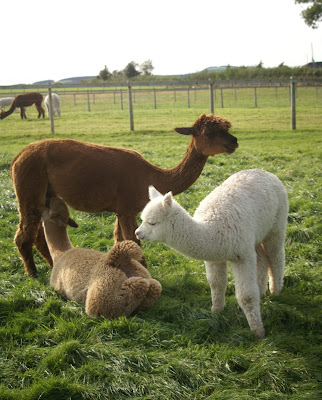