On Tuesday morning, during my early morning checks, I found Biba on her own, up the top of the paddock, and lying on her side. She had been looking imminent for days, and I have been getting rather excited as Biba is our only black female who is due this year...and she is pregnant to St Patrick. So I was quick to rush back to the house to get prepared for the birth:

Now, I expect you are thinking that's hardly challenging...and I would normally agree...the first two tasks were accomplished without any adverse events...but unfortunately the same cannot be said about the latter. One thing that I can tell you is that Blackberrys don't float! Yes, you are right... I dropped my phone in the loo!

It is incredible how reliant we have become on mobile phones. It has been driving me mad not to have a source of constant communication. Worse still, I hadn't stored any of the telephone numbers any where, so I decided I was going to have persevere with trying to dry it out. The tip I was given was to put the phone in a bag of rice (I used arborio but pilau, long grain or pudding will do) and leave it in the airing cupboard. It has taken 2 days to dry out...and it smells of toilet duck (I know could have been worse)...but I am now back in the land of communication.

So not a lot happening; no births and no hay. It is not looking good. It seems that everyone has had fine weather bar us. It has even been sunny half an hour away, but we seem to have attracted a black cloud over Beck Brow. Paul isn't a happy chappy, but whenever he starts moaning I tell him to go give Lullaby her bottle and be reminded that we have had a plentiful share of good fortune this year...it certainly does the trick! 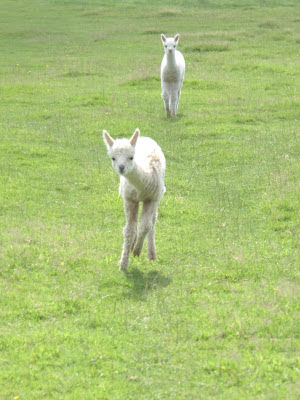 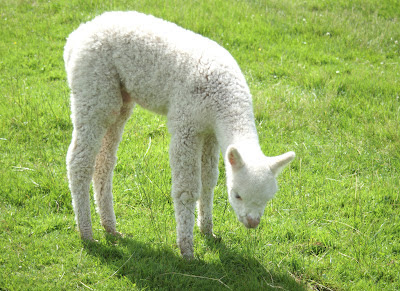 Beck Brow Shackleton...he has such a dense fleece 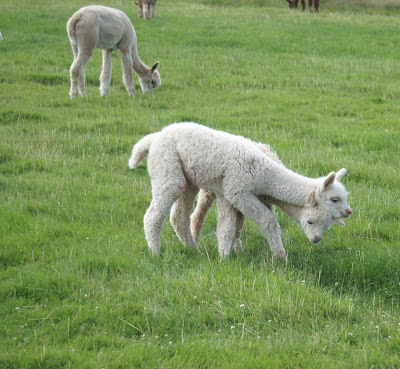 It is so nice to see Lullaby playing...it is hard to believe how weak she was...although she has the premmie 'poodle' fleece.

One of the benefits of bottle feeding is visiting the paddock for the 11 pm feed (well on the occasions when it isn't raining). Although the 'red sky at night shepherd's delight' bit doesn't seem to apply here...we still had lots of showers the next day. 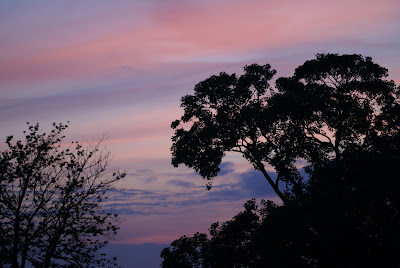 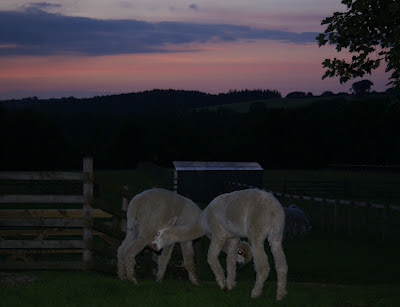 Tyke had a trip to the doggy dentist to get some teeth out yesterday...he obviously enjoyed himself as he has been trying to get in everyone's cars since he came home...strange dog 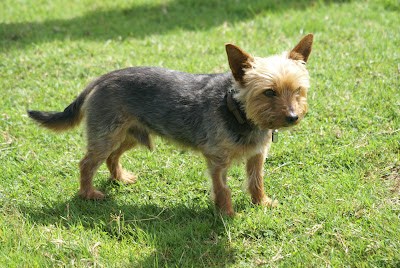